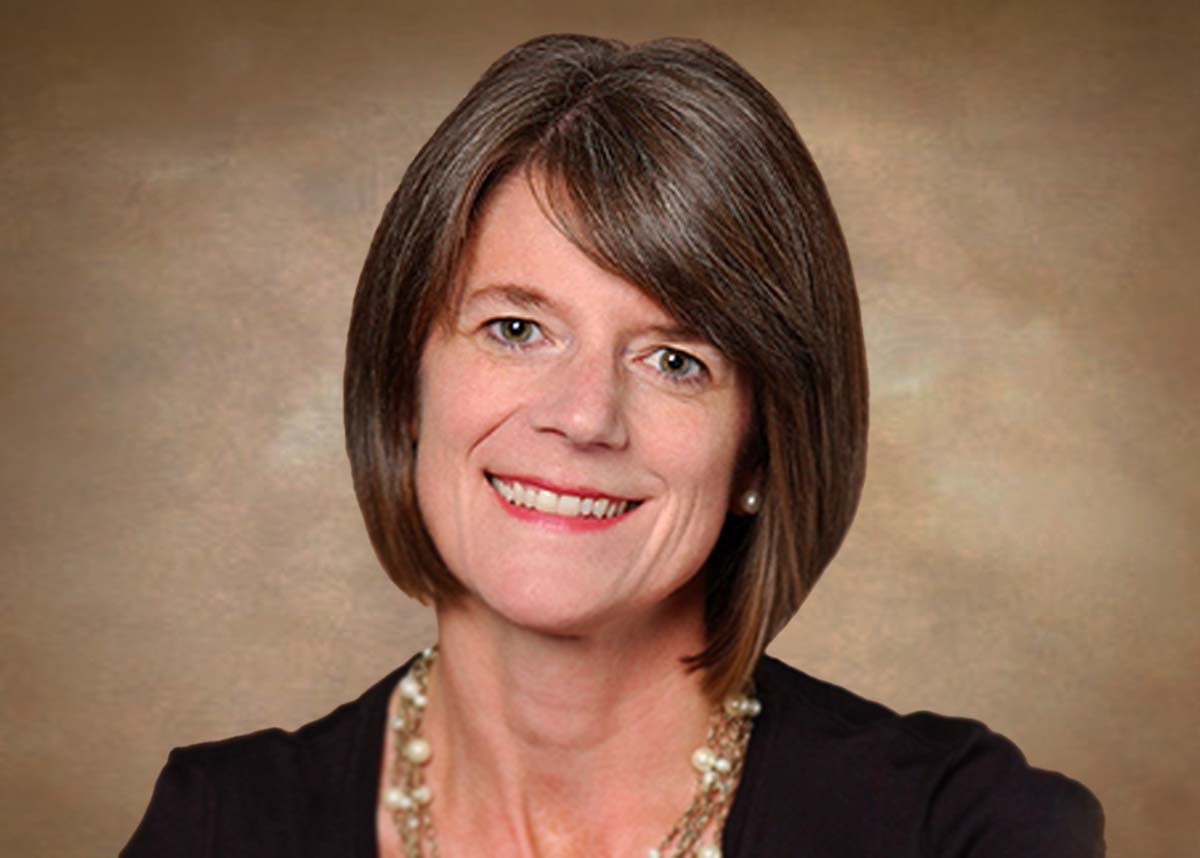 In 1986, Jill Norris had a Bachelor of Arts degree in biology in hand and pondered what to do next. She decided to pursue a doctorate in epidemiology and applied to a few schools. An invitation from a renowned figure in the field not only cemented her decision but also set her on a lifelong professional path to an elite position among her peers and now, international recognition.

Norris hadn’t anticipated the door that opened. She was still mulling her doctoral choices when the late Dr. Ronald LaPorte, an epidemiologist at the University of Pittsburgh, urged Norris to join his program. LaPorte’s studies focused on Type 1 diabetes, the autoimmune disease that destroys the body’s ability to produce the glucose-regulating hormone insulin. LaPorte needed investigative allies and told Norris he had a position for her, should she choose to accept.

Norris didn’t know much about Type 1 diabetes, but took LaPorte up on his offer anyway.

“I liked him so much and loved his group,” she recalls. “I walked into a wonderful situation where I learned the story behind Type 1 diabetes and so many things about it that I hadn’t even been aware of.”

A commitment to probing diabetes-nutrition links

Norris embarked initially on a project to study the protective effects of breastfeeding against Type 1 diabetes. It set the stage for a career dedicated to probing the mysteries of autoimmune diseases – not only diabetes, but also rheumatoid arthritis, celiac disease, multiple sclerosis and lupus. Her contributions include extensive funded research, hundreds of published peer-reviewed papers, wide-ranging committee work, and a long commitment to mentoring students. She has chaired the Department of Epidemiology in the Colorado School of Public Health since 2011.

The early days in Pittsburgh set her course. “From the very beginning, my work was on nutrition and Type 1 diabetes. Amazingly, I’ve never strayed too far from that,” Norris said.

Honors for a lifetime of achievement

A little more than three decades after she received her doctorate in Epidemiology from Pitt, Norris’s unflagging work on Type 1 and Type 2 diabetes has earned a notable honor. She is the 2022 recipient of the American Diabetes Association’s Kelly West Award for Outstanding Achievement in Epidemiology, which “recognizes significant contributions to the field of diabetes epidemiology.”

Norris will discuss her work, which includes not only her pioneering studies into the genetic and environmental links with Type 1 diabetes and other autoimmune diseases, but also mentoring and volunteering, at the ADA’s 82nd Scientific Sessions in New Orleans June 3-7.

That effort spans decades of contributions to long-term studies of diabetes. These include, among many others, nearly 30 years of service with the NIH-funded Diabetes AutoImmunity Study in the Young (DAISY), working with her colleague Dr. Marian Rewers, executive director of the Barbara Davis Center for Diabetes at the University of Colorado Anschutz Medical Campus. The aim: explore the ways that a person’s genetics and environment may combine to drive Type 1 diabetes.

In addition, Norris is a longtime investigator on The Environmental Determinants of Diabetes in the Young (TEDDY) Study (also NIH-funded, with the Barbara Davis Center one of six study sites). She has co-chaired its Diet Committee since 2002.

The TEDDY initiative is responsible for screening well over 400,000 kids with Type 1 diabetes in the United States and Europe. It identifies newborns at genetic risk for the disease and follows them for 15 years in the hopes of deciphering the causes of Type 1 diabetes and how they might be addressed with strategies like modifying diet.

Exploring the roots of diabetes

For example, some studies suggest that low levels of vitamin D and omega 3 fatty acids may increase the risk of Type 1 diabetes. More work is needed, but the studies open the possibility of targeted dietary interventions aimed at “those who would most benefit,” Norris said.

In a summary of her research, Norris underscored her strong belief that genetics predisposes individuals to Type 1 diabetes and other autoimmune disorders, such as celiac disease, but also that they don’t predetermine outcomes.

“It has become clear that without considering both the genetic and environmental risk factors of diseases, we may never come to a complete understanding of their etiology and potentially, their public health impact,” she wrote.

Asked to elaborate on the point, she said, “I like to think that we can work within a person’s genetic predisposition to decrease the burden of the presence of the disease.”

Norris cautioned, however, that the genetic-environmental connection is complicated and much effort remains to untangle it. For example, some studies indicate that the potentially protective power of foods rich in vitamin D, omega 3 fatty acids and other biomarkers may hinge not only on eating more of them but also on an individual’s genetic ability to turn them “into something that has protective influence.” What turns one person on and another not, in effect, is a big question to be answered.

The TEDDY study therefore points to the importance of finding the kids whose genetic makeup make them the best candidates for interventions, informing them of the reasons to make changes in their diets and lifestyles, and making sure those changes fit in the fabric of their everyday lives, Norris said.

“My goal would be to create diets that are attainable and sustainable,” she said. “We don’t want diets where people totally eliminate one thing. You want to give people options. It’s not all about one good thing or one bad thing.”

Going forward, Norris said she also anticipates further research aimed at preventing autoimmune diseases from occurring. That requires not only broad screening to identify at-risk individuals but also having safe interventions at the ready for those who need them, she said.

A full circle of learning

In Norris’s view, the Kelly West honor puts her name among the many epidemiologists who helped to spur her career and whose friendship and collegiality she values.

“When I look at the long list of winners before me, many of them were my mentors and many others are current colleagues and friends,” she said. “To be part of that fabulous community means so much to me.”

Her connection with LaPorte illustrates the depths of her roots in that community. LaPorte, Norris’s original entrée to epidemiology and Type 1 diabetes research, was one of the original Kelly West Award recipients in 1988. He also was instrumental in driving development of Type 1 diabetes registries around the world, including one established in Pittsburgh’s Allegheny County.

His work, as well as that of Jan Dorman, LaPorte’s wife and Norris’s co-mentor while at Pittsburgh, dovetailed nicely with Norris’s budding career when she moved to Colorado in 1990 to take a position as assistant professor in the Department of Preventive Medicine and Biometrics’ Section of Epidemiology and Community Health in the University of Colorado School of Medicine. She worked with Dr. Richard Hamman, a fellow epidemiologist who was to become the founding Dean of the Colorado School of Public Health in 2008. In 1984, Hamman had also launched a Type 1 diabetes registry to identify and collect data on all children in Colorado diagnosed with the disease.

Good things in the Valley

Hamman and his colleagues published the influential San Luis Valley Diabetes Study of residents in two deeply rooted southern Colorado communities. The study concluded that Type 1 diabetes was “a major chronic disease problem for persons of Hispanic ethnicity” in the San Luis Valley.

Norris worked with Hamman and Dr. Julie Marshall, now Professor Emeritus in the Department of Epidemiology at ColoradoSPH, studying the genetic and environmental epidemiology of Type 2 diabetes among families in the San Luis Valley. In her work, she relied on the population from Hamman’s San Luis Valley Diabetes Study and studied their family members in a community-run research clinic Hamman established.

“I have a soft spot for the San Luis Valley,” said Norris, recalling how her studies deepened her appreciation for its people, whose descendants have spread far beyond its geographical bounds. “I learned there how to conduct research, not just outside our front door.”

A commitment to mentoring

The experience in the San Luis Valley also placed Norris as one of many foundational pillars in the Rocky Mountain Prevention Research Center, launched in 1998 by Hamman and Marshall – and now directed by Dr. Jenn Leiferman, professor and Chair in ColoradoSPH’s Department of Community & Behavioral Health – which continues to maintain strong ties in southern Colorado.

Having gained so much knowledge from others, Norris is intent on extending the same commitment to fellow contributors to epidemiology.

“Mentoring is incredibly important to me,” she said. “Mentoring can take many forms. It can be students but it can also be your fellow faculty. A number of students that I have worked with in the past have grown and while they may not be working on diabetes, they have developed other exciting and important areas of research. I can’t imagine being at an institution that didn’t emphasize teaching.”

Story by Tyler Smith for the Colorado School of Public Health. This story originally appeared in CU Anschutz Today.