The COVID-19 Pandemic & More: Colorado’s plateau continues, and causation and its consequences 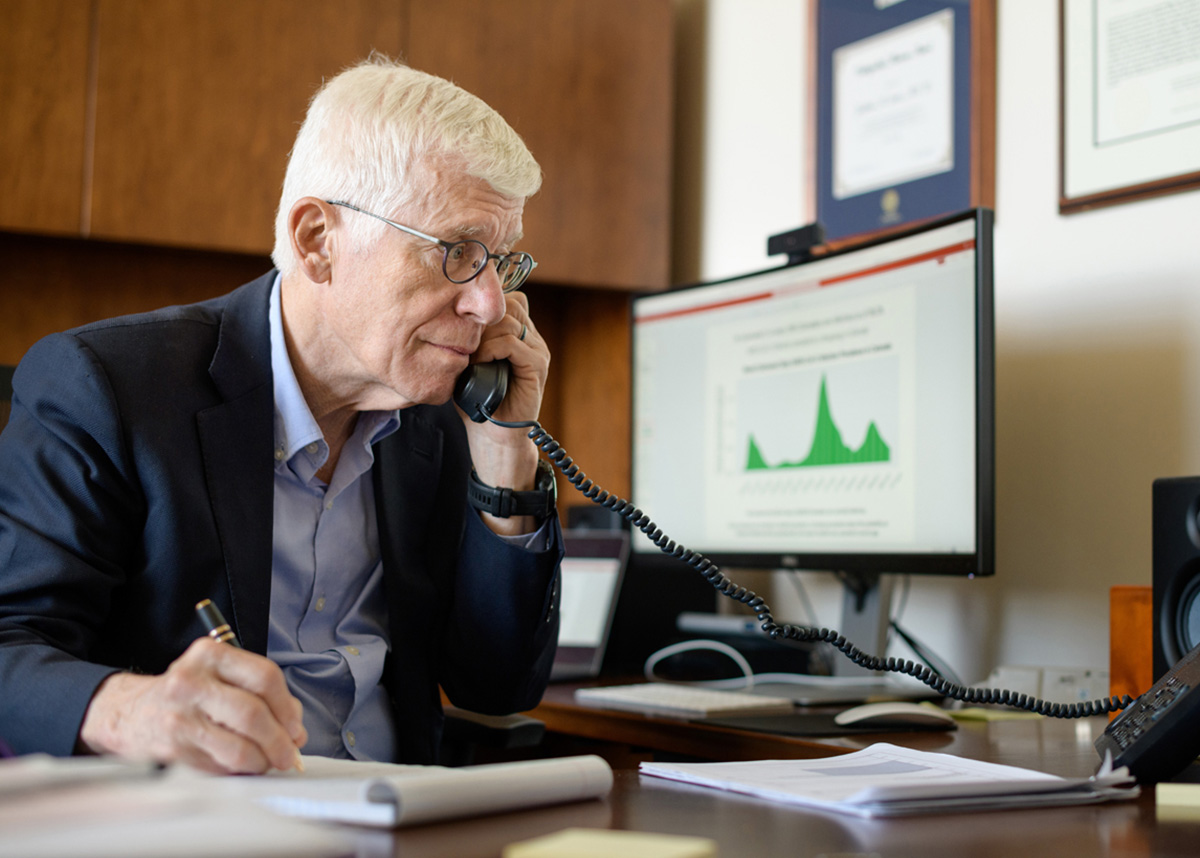 The Colorado COVID-19 update: straightforward with little change in the epidemic curve from last week. Hospitalizations remain at a plateau with counts ranging from around 160 to 180. Test positivity is (perhaps optimistically) trending down. Cases are rising steeply in Europe; in the past, U.S. surges have lagged Europe as some time is needed for new variants to make their way across the Atlantic. In Europe, as in Colorado, BA.4 and BA.5 remain dominant.

Causation was on my mind this week, as it has been many times in the past. The finding that an association is causal may have profound implications and lead to action. Cigarette smoking represents the paradigmatic example. The causal conclusion of the landmark 1964 Surgeon General’s report that smoking caused lung cancer (in men) was the launching pad for efforts to curb epidemic tobacco use in the United States. Similarly, the powerful conclusion of the 1986 Surgeon General’s report—“Involuntary smoking is a cause of disease, including lung cancer, in healthy nonsmokers”—provided a scientific foundation for protection of nonsmokers from inhaling carcinogenic secondhand smoke. Of course, the tobacco industry vigorously tried to undermine these conclusions, questioning the validity of the research and the approach used to reach the conclusions.

Judgments concerning the strength of evidence for causation are generally made by expert groups who evaluate the relevant findings, coming from epidemiological studies for many agents, animal studies, and research on mechanisms by which agents cause injury and disease. The panels make holistic assessments using guidelines and generally classify the evidence for causation in categories that descend from full certainty to quite uncertain. The most widely known guidelines for this purpose are those used in the 1964 report of the U.S. Surgeon General on smoking and health and similar guidelines proposed by Sir Austin Bradford Hill in 1965 (often referred to as the “Hill criteria”). Such guidelines are applied in a wide range of settings and to diverse agents; the judgments reached by expert groups, often reported in authoritative documents like Surgeon Generals’ reports, are often the starting point for deciding on the need for action.

The Environmental Protection Agency’s Integrated Risk Information System (IRIS) evaluates evidence on environmental agents with two purposes: 1) determining whether they pose a hazard, i.e., either causing a cancer or a non-cancer adverse effect; and 2) providing a quantitative estimate of how risk varies with exposure, i.e., the exposure-response relationship. The determinations made by the IRIS program have wide application and are used to guide clean-up of contaminated sites, assessing the risks posed by pollution sources, and for local, regional, and national risk assessments. The development of the IRIS assessments may span decades and involve multiple cycles of peer review and revision.

I am writing about the IRIS program because I spent Wednesday and Thursday of last week at the National Academies, chairing a new committee charged with reviewing the most recent revision of the IRIS assessment of formaldehyde. The committee is asked to determine if the revised assessment “…adequately and transparently evaluated the scientific literature, used appropriate methods to synthesize the current state-of-the-science, and presented conclusions regarding the hazard identification analysis and dose-response analysis of formaldehyde that are supported by the scientific evidence.”

I previously chaired a National Academies’ committee given a similar charge for the last version of the IRIS formaldehyde assessment. Our 2011 report found the assessment to be wanting and offered general criticism concerning the methodology used by the Environmental Protection Agency (EPA) in carrying out its assessments. Over the ensuing 11 years, the agency has fully revised its procedures for IRIS, including the development of a handbook for conducting its assessments. That handbook was recently reviewed by the National Academies with Lisa Bero, from the CU School of Medicine and the Colorado School of Public Health, chairing the review.

With regard to causation, the hazard evaluations made in the IRIS assessments are grounded in the Hill criteria and use a five-level classification of the strength of evidence for causation. Feeding into this determination are systematic reviews of the epidemiological and toxicological evidence. For formaldehyde, the EPA’s updated assessment finds causal links with both cancer and non-cancer outcomes. These conclusory findings have import because the risk quantification is based on those adverse outcomes for which the evidence supports causation, and the inputs selected may influence the final quantification of risk.

Casual determinations also figure centrally in setting the National Ambient Air Quality Standards (NAAQS). In the Integrated Science Assessment (ISA), the EPA’s first step in revising the NAAQS for a particular air pollutant, the evidence is reviewed for each of the major pollutants, and the strength of the evidence for causation for various adverse health outcomes is classified on a five-level scale. As with the IRIS assessments, these determinations convey implications as to where the concentration limits for the NAAQS might be set. Peer review for the ISAs and other documents is provided by the Clean Air Scientific Advisory Committee (CASAC).

In the previous administration, CASAC’s chair made an effort to exclude much of the epidemiological evidence on air pollution and health. He proposed that the ISAs should only consider studies based on examining the consequences of circumstances in which air pollution levels had been manipulated by some form of intervention, e.g., changes in fuels burned as with the implementation of a ban on coal in Ireland. This approach excludes, for example, the very large cohort studies based in Medicare and the abundant time-series studies.

Given the implications of the approach advocated by the CASAC chair, yet another committee of the National Academies was appointed. Its report, released on Friday, found that the agency’s “…causal framework is effective, reliable, and scientifically defensible, provided that key scientific questions are identified, and a range of necessary expertise is engaged.” In other words, the EPA’s approach, which dates to about 2008, when I was CASAC chair, was affirmed.

I wrote this commentary as a reminder that causal conclusions drive many actions in public health and are often pivotal in moving research findings into action. The Environmental Protection Agency’s IRIS program and the ISAs are examples of the critical role of causal judgments in supporting actions to mitigate environmental exposures. The methods for making these and other judgments on causality have evolved over decades but are still often criticized because of their import. They have proved to be effective and have supported many measures that have advanced public health.