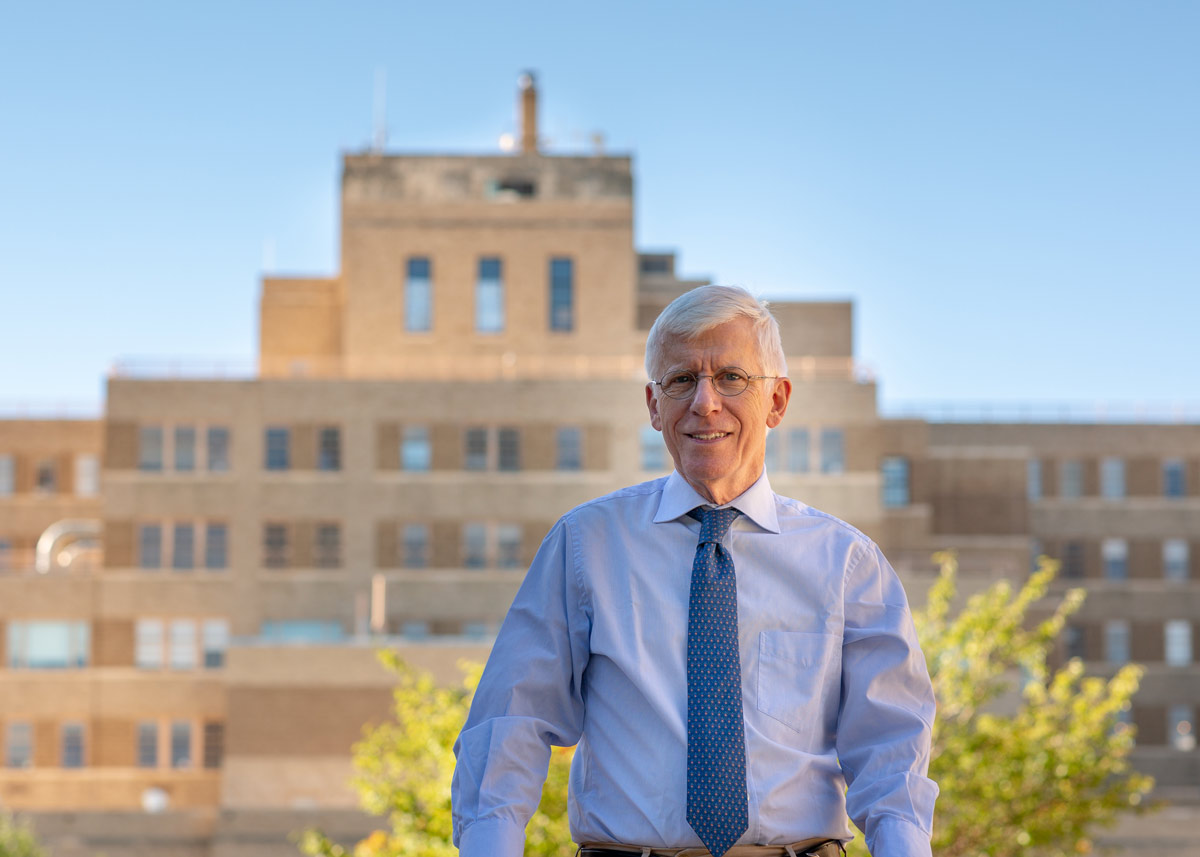 In the United States, the direct death toll from COVID-19 is now about 620,000 with many additional excess deaths resulting from indirect pathways. Not surprisingly, new estimates of life expectancy for the United States show a dramatic decline, comparing 2020 with 2018. A new paper authored by Woolf and colleagues, including Ryan Masters at the Institute for Behavioral Sciences at CU Boulder, finds an overall decrease of 1.9 years to a life expectancy of 76.9 years. Two findings are particularly troublesome. First, the loss was far greater in the United States compared with 16 high-income peer countries with an aggregate loss of only 0.2 years. Second, and reflecting the pandemic’s inequitable impact, the decline was far greater for Hispanics (3.9 years) and Blacks (3.3 years) than for non-Hispanic Whites (1.4 years). The estimated life expectancy for Black males has dropped to only 67.7 years.

These life expectancy estimates reflect the “shock” of the pandemic and are not surprising given the impact of COVID-19 on mortality in 2020. For the year, COVID-19 was the third leading cause of death and the overall mortality rate in the United States rose by 15.9%. By race/ethnicity, the annual age-adjusted mortality rates for American Indians/Alaska Natives (1024.0 per 100,000) and Blacks (1105.3 per 100,000) were far higher than mortality overall (828.7 per 100,000). These long-standing disparities are obvious and worsened by the pandemic. Many have discussed the inequities of this and other pandemics. Unfortunately, inequities will continue, at least for the short-term, as vaccination rates lag in some of those same population groups experiencing the greatest loss in life expectancy. Vaccination has been notably higher among American Indians/Alaska Natives compared with other population groups.

The new life expectancy estimates invite questions: why is the loss of life expectancy in the United States more than 8 times greater than in peer countries? where and how did we fail as a nation with this pandemic? and what are the “lessons learned” along with the steps to be taken now to reduce further inequity? The pandemic continues with its differential toll, giving an ongoing impetus for intervention to reach and protect all through vaccination. Such efforts are underway by the states, including Colorado, and nationally, but vaccine equity has yet to be achieved. Recent national data indicate some progress towards reducing disparities in vaccination. Vaccine equity data for Colorado are available from the Colorado Health Institute and from the Colorado Department of Health and Environment.

The changes in life expectancy will undergo further analysis and need to be decomposed as to their origins: patterns of exposure, public health failures, healthcare access and quality, and relevant behaviors, beliefs, and attitudes. Etiology should be traced back to politics and misinformation as well. With more than 600,000 COVID-19 deaths, do we need a 9/11 Commission style examination of the pandemic’s course and consequences in the United States?

The COVID-19 pandemic has quickly wiped out gains in life expectancy and reductions of disparities in longevity in the United States and elsewhere. With its death count from COVID-19 in second place globally, Brazil has been similarly affected with an estimated drop of 1.9 years of life expectancy. Uncontrolled COVID-19 in Sub-Saharan Africa could be devastating, wiping out remarkable gains made over recent decades. The new book, Extra Life: A Short History of Living Longer, by Steven Johnson, describes the course and causes of the gain in life expectancy across the centuries. There is an accompanying four-part PBS series. Johnson first describes the tremendous increase in life expectancy, looking back to the 1700s (about 30 years in London at the time) to the present (at about 80 years in the United Kingdom), and even higher in other countries such as Japan (84.2 years in 2018). After describing the change in life expectancy, starting with John Graunt’s observations in the 1662 paper, “Natural and Political Observations Mentioned in a Following Index, and Made Upon the Bills of Mortality,” he moves on to major factors driving the advance. These chapters read as a “greatest hits” of public health: chlorination of drinking water, penicillin, smallpox eradication, road safety, and more. The book reaches to the COVID-19 pandemic and the arrival of vaccines, and it offers speculation about future life expectancy and how it might continue to advance. At the moment, I am wary of such speculation; too many “tipping points” await.

Should you read this book? It depends. Those seeking analyses and decomposition of the causes of the increase in longevity will not find this level of exploration and detail. Johnson is good at telling public health stories and his book is a readable introduction to public health for the lay audience. He might have considered how well we live. As we have all just learned, we value not only our longevity but our quality of life. In an insightful 1980 paper in the New England Journal of Medicine, Fries advanced the concept of “compression of morbidity.” His straightforward proposal describes achieving a reduction in the years lived with disability, even as lifespan advances. Quoting Fries, “Extension of adult vigor far into a fixed lifespan compresses the period of senescence near the end of life.” In other words, we should seek to live as long as we can and as well as we can.

I also call your attention to Johnson’s 2006 book, The Ghost Map, an account of John Snow and the cholera epidemics in London. This book nicely illustrates how Snow used epidemiological approaches to establish that cholera’s transmission was via contaminated drinking water, well before Vibrio cholerae was identified.

Turning to Colorado, the epidemic curve continues to ebb downwards with 262 hospitalized on Sunday. But the Delta variant is far ahead in the race among the SARS-CoV-2 strains, now clearly the predominant strain. Stay well.