The first COVID-19 case likely in Colorado long before March

Scientists have found evidence of antibodies in blood donated to the American Red Cross in the U.S. as early as mid-December. 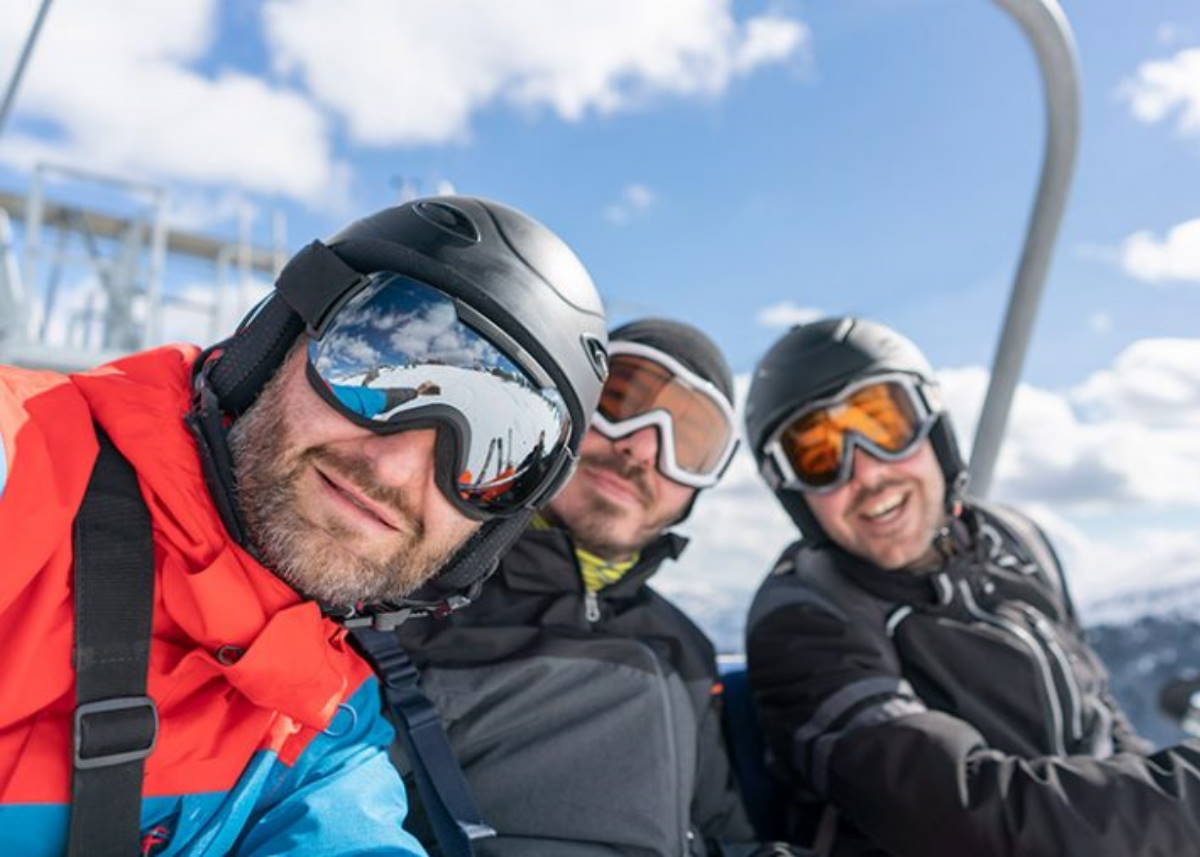 Colorado probably had its first case of COVID-19 in a ski resort town in December or January, months before Colorado leaders could confirm the first official case on March 5.

The first person to receive a COVID-19 diagnosis and a positive test result was a young man in his 30s who came to Colorado on a ski trip. The man had traveled to Italy in mid-February, where COVID-19 was spreading widely, then arrived in Denver on Feb. 29. He then traveled to Summit County and skied at both Keystone and Vail before becoming sick and seeking help at a medical center in Frisco. He was tested on March 4, and as of that moment, Colorado’s COVID-19 outbreak officially had begun.

But, new research from scientists at the Centers for Disease Control and Prevention (CDC) has found evidence of antibodies to COVID-19 in blood that donors had given to American Red Cross sites throughout the U.S. as early as mid-December, exactly a year ago.

The study found evidence of exposure to COVID-19 among blood donors in California, Oregon and Washington as early as Dec. 13. The researchers also found antibodies to COVID-19 in donors who had given blood between Dec. 30 and Jan. 17 in Massachusetts, Michigan, Wisconsin or Iowa and Connecticut or Rhode Island.

In all, the scientists found evidence that 106 of 7,389 donors had been exposed to SARS-CoV-2, the virus that causes COVID-19.

“SARS-CoV-2 infections may have been present in the U.S. in December 2019, earlier than previously recognized,” the authors wrote.

Researchers probing when Colorado had its first COVID-19 case

The new study from CDC scientists did not analyze blood samples from Colorado and some outside researchers have questioned whether the CDC scientists found evidence of the new coronavirus that causes COVID-19 or other coronaviruses that long have spread among humans and have caused what we think of as the common cold for eons.

But, a team of epidemiologists and researchers in Colorado that has been providing COVID-19 data and forecasting models to state officials since March also has looked back to try to pinpoint the start of the pandemic in Colorado.

That team includes David Bortz, a University of Colorado associate professor and a mathematical biologist in the Department of Applied Mathematics and Andrea Buchwald, an epidemiologist and research associate at the Center for Innovative Design & Analysis on the Anschutz Medical Campus. Both Bortz and Buchwald are part of the modeling team that Dr. Jon Samet, dean of the Colorado School of Public Health created in the spring to provide vital information to Gov. Jared Polis and Colorado’s top health leaders.

Using math and models to look back

Bortz,  Buchwald, and other team members used mathematical modeling computations to try to determine when Colorado had its first COVID-19 case or cases. These computations  considered average incubation periods for the virus, along with the time it took for case numbers to double.

Epidemiologists and mathematical biologists have played a key role during previous pandemics calculating, for instance, how diseases like influenza and AIDS will spread. While it’s impossible to know exactly when Colorado and other states around the U.S. had their first COVID-19 cases — since the illness was entirely new and no tests existed to detect it at first — Bortz, Buchwald and others can use mathematical computations and contact tracing to look back at how the pandemic might have begun.

The researchers’ best educated guesses about the roots of the epidemic in Colorado center on one of two theories. Either one person with COVID-19 in Colorado had it in late December and the disease began to slowly spread from that individual. Or, a small cluster of people visited Colorado in the second or third week of January, and that group of people inadvertently brought the illness with them and proceeded to infect others. In both cases, public health experts are confident that the outbreaks in Colorado began in ski resort communities, which typically attract visitors from across the country and around the world, thus creating efficient vectors for the spread of a new virus.

Poor testing at the beginning of the pandemic made it impossible to know if people who were sick had COVID-19. Moreover, researchers have since learned that asymptomatic spread of COVID-19 is very common.

Knowing how easy it is for the virus to spread, even among people without symptoms, and how widely the virus is spreading now, Bortz said an earlier start of the pandemic in Colorado is entirely conceivable.

“I wouldn’t be surprised if it was spreading in the U.S. sometime in December or January. That would lead to the number of cases we saw later in March and April,” he said.

While Coloradans naively went about their lives in January, February and early March, wearing no masks and hanging out with crowds, assuming that the new coronavirus was still a distant phenomenon in China and Italy, in fact, the virus probably was already spreading widely in Colorado and elsewhere around the U.S.

Pinpointing the precise beginning of the pandemic is very challenging

Today, the virus continues to surge with nearly 4,000 Coloradans testing positive for COVID-19 every day and hospitalizations hovering high above spring peaks, with nearly 2,000 people hospitalized for the illness around the state. Buchwald, Bortz and their modeling team now estimate that about 1 of every 40 Coloradans is currently infectious with the illness and about 15% of people in Colorado have gotten COVID-19 so far.

Buchwald said it’s very challenging to precisely pinpoint the first cases in a pandemic. At the beginning of an outbreak, a virus can spread more slowly since fewer people have the illness, and initial infection introductions may not lead to ongoing transmission.

“Early in an epidemic, it’s surprising how long it can take to go from one case to exponential growth (which we are seeing now),” Buchwald said. “During the early phase, there’s a lot of uncertainty. There was almost no testing. So, the plausibility of missing early cases is particularly high, especially given how many asymptomatic cases there are.”

Once the first official case was confirmed in Colorado in March, people who had been sick earlier reported that they had experienced symptoms consistent with COVID-19 weeks and even months earlier. But, officials at the Colorado Department of Public Health and Environment have no concrete evidence of earlier cases like some other states do. In California, for instance, health officials were able to look back at tissue samples from a previously healthy 57-year-old woman who died of then-unknown causes in northern California on Feb. 5. Retroactively, health officials determined that she had contracted COVID-19 before anyone knew it was spreading in throughout California and other states.

In Colorado, there’s “little certainty,” about the first COVID-19 case, but Buchwald said a cluster of cases around Jan. 24 makes sense and it’s certainly possible that the virus arrived here sooner.

“It’s very possible that it could have been here in December, but we cannot say for sure,” she said.

Much better COVID-19 testing could have altered the course of the pandemic in Colorado and the U.S.

Tracing the pandemic back to its origins both in the Wuhan region of China — where the virus is thought to have jumped from an animal to a human — and in other countries around the world, may help public health experts prepare better for the next pandemic.

As Bortz reflects back to the earliest days of COVID-19 in Colorado, he said, “The biggest issue was that the testing early on was very inaccurate. And that was happening right during  the exponential growth phase (of COVID-19) when everything from masks mandates to lockdowns are most effective.”

But, it soon became apparent in Colorado and elsewhere that SARS-CoV-2 had been spreading widely for months, making it much tougher to tamp down the virus and halt a huge number of additional infections.

In addition to helping policy makers and researchers look back at the genesis of the pandemic, Buchwald, Bortz, and the rest of the team are also  projecting forward. They work with the Colorado Department of Public Health and Environment to provide the best and most accurate information to Colorado Gov. Jared Polis, including accurately predicting the period in nearly November when hospitalizations would exceed spring peaks.

While cases of COVID-19 and hospitalizations have dipped slightly in December, public health officials and hospital leaders continue to brace for tough weeks ahead. Frontline health workers are beginning to receive their COVID-19 vaccines now. But, it will take months for a high percentage of the general public to get vaccinated.

Until then, COVID-19 could continue to spread, causing illnesses and deaths.

When friends and neighbors ask his advice, he encourages them to keep being vigilant.

“I definitely would tell people that the biggest problem is asymptomatic spread.”

Buchwald and Bortz both said it’s been humbling and a huge honor to be part of a “world-class” team of researchers who are providing guidance to Colorado’s governor and state epidemiologist.

Most of all, however, they call the frontline medical workers the “superheroes” of the pandemic.


This story was written by Katie Kerwin McCrimmon for UCHealth.