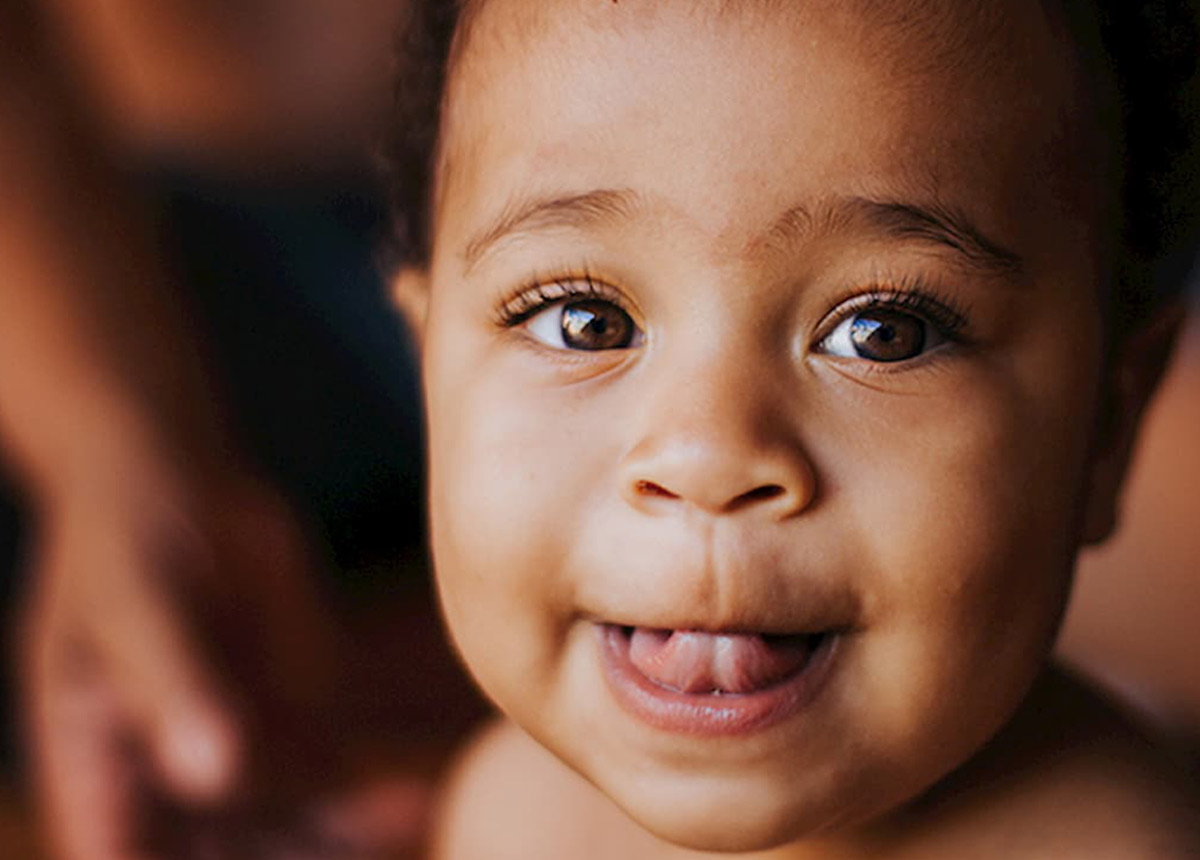 It’s a heartbreaking statistic: African-American/black infants in Colorado are two-and-a-half times more likely to die before their first birthday than white infants. The number frames two complicated questions: why the disparity and how to eliminate it?

For the past three-plus years, ColoradoSPH’s Center for Public Health Practice—whose mission is to support public health programs and to develop and strengthen workforce training for them—has worked to find answers by joining forces with state and local agencies, including the Colorado Department of Public Health and Environment, the Tri-County Health Department, and Denver Public Health.

The effort has its roots in the communities of northeast Aurora and Denver. In 2014, the Families Forward Resource Center (FFRC), a long-established organization that offers families a wide variety of services, secured a federal grant from the Healthy Start initiative, which aims to reduce African-American infant mortality nationally. The grant funded the Healthy Babies, Strong Families program, which targets the problem locally.

“We saw building engagement at the community level as the best investment of our resources,” Hunt said. “It was important for us to walk that walk as dedicated staff engaged in endeavors to eliminate disparities, advance health equity, and promote health and wellness.”

Following that lead, the FFRC, the Center for Public Health Practice, and other agency leaders created the Community Action Network (CAN), reasoning that collaboration was the best approach for addressing a daunting problem.

“We united around the issue of infant mortality and how to use our shared knowledge to tackle it,” said Virginia Visconti, PhD, community practice specialist with the Center.

Visconti served for 14 months in 2014 and 2015 as collective impact coordinator for the CAN (she continues to serve on the group’s steering committee and contributes to one of its work groups). As the collective impact coordinator, Visconti brought partners together to discuss and agree to developing strategies for meeting their common goals and measuring success; sharing data; communicating regularly; and maintaining momentum for their work.

The groundwork Visconti laid was “invaluable,” said Nathifa Miller, JD. Miller succeeded Visconti’s role at the CAN and now serves as workforce development senior specialist with the school’s Center for Public Health Practice.

“Virginia developed an infrastructure for the CAN, which was required for the network to be successful,” Miller said. “The CAN is in and of itself a movement. It is where change began.”

During her tenure, Miller broadened the CAN, bringing in representatives from the legal community, an African-American sorority, and the 9HealthFair. She also strengthened an existing relationship with the March of Dimes.

The CAN identified three key factors driving the shockingly high African-American infant mortality rate (10.3 deaths per 1,000 births versus 4.0 for white non-Hispanic infants), most often because of premature birth:

In June 2015, ColoradoSPH and the CAN broadened their work by convening the African-American/Black Infant Mortality Summit. The event introduced the CAN to the public and presented the results of the group’s root cause analysis.

“We wanted to see if our analysis resonated with community members,” Visconti said. “The summit was an opportunity to catalyze interest in this issue.”

The Infant Mortality Summit spawned a compelling short film, “Precious Loss,” which aired in February 2016 on Rocky Mountain PBS. ColoradoSPH sponsored the film, and the school joined with the Center for Public Health Practice to host a screening and panel discussion that spring. Starting in 2017, the CAN kept the spotlight on the issue with additional film screenings for local audiences.

“Precious Loss” explored the possible factors contributing to the high rate of infant mortality among blacks. It featured interviews of African-American women who had suffered early loss of their infants and comments from health care professionals.

One finding, which has support from medical literature: African-Americans contend with chronic stress, which is reflected in hair samples that show elevated levels of the hormone cortisol. That stress has many contributors, including a lack of access to health care and racism. The filmmakers suggest this may explain why the infant mortality rate among African-American women is higher than those in other groups, regardless of education, income, and social status.

In speaking to women, members of the CAN found another troubling source of stress: a general distrust of the providers who deliver care. A path to addressing that problem opened in the spring of 2016 when students from the University of Colorado School of Medicine expressed interest in joining the initiative to reduce African-American infant mortality. Visconti and Hunt encouraged the students to attend the CAN meetings, listen to community members, and learn ways to improve their practice.

Among the newcomers were sisters Megan and Kathryn Kalata, both med students at the CU Anschutz Medical Campus. Megan is also working toward a master’s degree in public health from ColoradoSPH. The sisters attended the CAN meetings and helped with two screenings of “Precious Loss.” In a separate project, they facilitated focus groups with African-American mothers to listen to them speak of their needs, concerns, and fears as patients.

The women provided “the wisdom” that drove the meetings, Kathryn said. “We weren’t coming to drop in, provide some education, and leave. And we weren’t telling [the mothers], ‘Here’s what you need to do to change.’”

The meetings convinced the Kalatas that many providers need to reevaluate their practice and shift from simply dispensing instructions. Instead, it is important to listen non-judgmentally to patients and avoid questions that may engender mistrust—was the pregnancy intended or will the father be involved in caring for the child, for example.

“These aren’t questions that are explicitly racist,” Megan said, “but they can negatively impact women. We can mitigate stress by making patients more comfortable with their providers.” An environment that invites trust would encourage more women to go to the clinic for prenatal care, medications, and other services that keep them and their infants healthy.

Hunt said the Center for Public Health Practice also works with clinics to help them understand the importance of creating environments that welcome all patients. Team members use “cultural competency training” to assess staff’s awareness of how important it is to patients that clinics are “diverse and inclusive,” she said.

“Through training, a workforce can build proficiency to authentically engage patients,” Hunt said. That includes health care organizations increasing the diversity of their providers and staff, but even short of that, she added, “health care providers must be able to address the cultural and linguistic needs of the individuals they serve, making sure their promotional materials, programs, and interventions are culturally responsive.”

The competency training also aims to ensure that clinic providers and staff are sensitive to the issues and challenges that African-American women may face, such as shortages of housing, healthy food sources, transportation, and other social determinants of health, Hunt noted.

The responsibility for changing that is in the hands of a new generation, Kathryn Kalata said.

“We are uniquely situated as health care students to work on the provider aspect of the problem,” she said. “It’s not about changing women, it’s about helping to inform the medical community about how to mitigate the risk factors for women and combating providers’ implicit biases.”

Meanwhile, the CAN continues its work on many fronts. Goals for the coming year, Visconti said, include building a data dashboard that all members can use to track key measures, such as clinics’ use of screenings, prescribing of hormones to help women stay pregnant, family-friendly policies, and attention to signs of cardiovascular health. Another aim is to create toolkits to help physicians, nurses, and other providers engage patients and build trusting relationships with them.

ColoradoSPH’s Center for Public Health Practice will continue to be an essential part of that work, Miller added.

“The Center for Public Health Practice will identify voices that need to be heard as part of community relations and identify the roles they can play with the CAN,” she said. “We need to continue to find strong stakeholders in the process.”

For her part, Hunt stressed that the size of the problem can never be an excuse for inaction. “We won’t eliminate the disparity if we don’t tackle it,” she said. “The CAN is thriving and showing it is a good model of translating theory to action.”

From a strict financial standpoint, society stands to save billions of dollars in medical care by helping African-American women have healthy pregnancies. But Hunt said the CAN’s calculus is more basic.

“Our return on investment is more first birthdays,” she said.