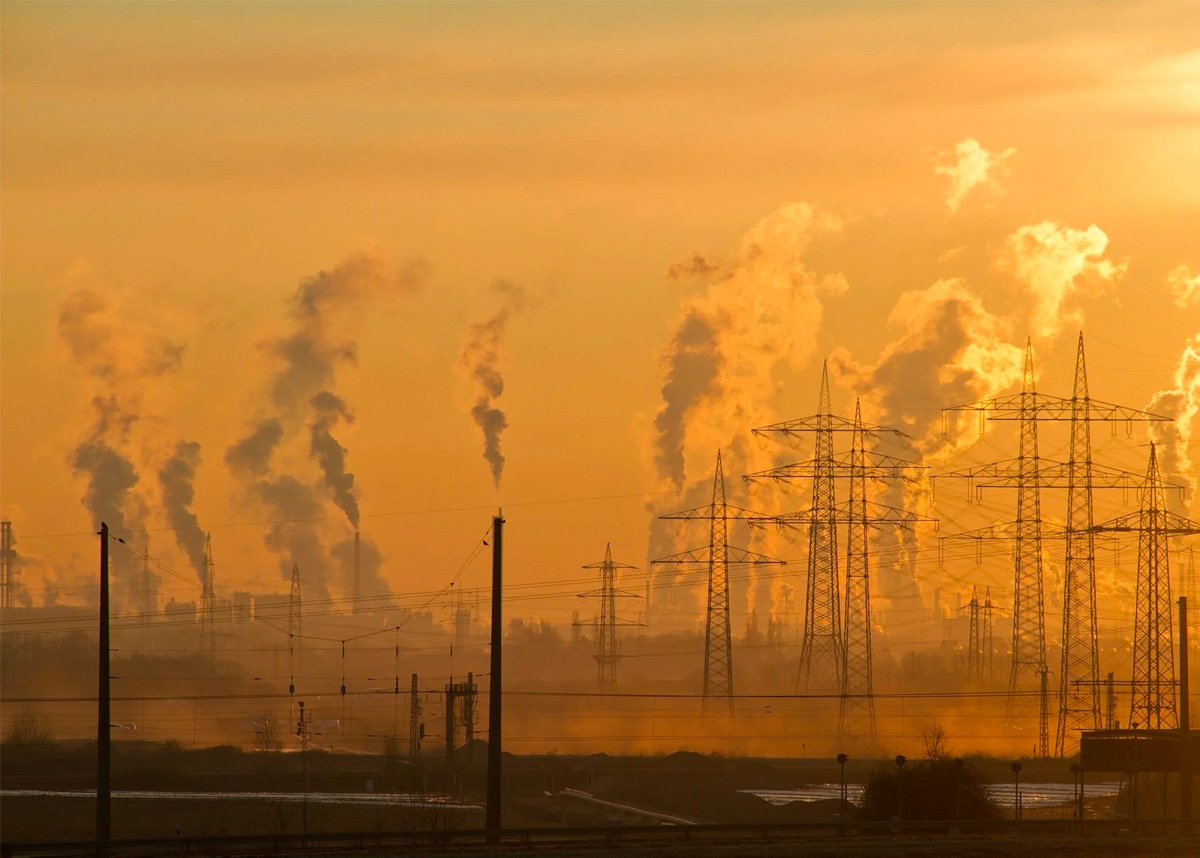 Colorado School of Public Health Dean Dr. Jon Samet didn’t mince words as he spoke during a webinar sponsored by the Association of Schools and Programs of Public Health (ASPPH) October 26 about climate change and the health risks it poses.

“I don’t think I have to say too much about the urgency of responding to the challenges of climate and health for our schools and ASPPH,” Samet said. “I’ll add that our students in public health and other fields are concerned about what we are doing about the complex challenges posed by our changing climate. And of course they are looking to their futures and what may happen in the next half century or more.”

Samet spoke as co-chair of the ASPPH Climate Change and Health Task Force during the webinar, “Responding to the Climate Change and Health Crisis: A Framework for Academic Public Health.” The one-hour session centered on ASPPH’s recently released report of the same name, which takes aim at solutions to the deadly heat waves, wildfires, droughts, water shortages and social disruptions linked to climate change and health risks these problems cause.

The framework, assembled by the 16-member task force, includes a host of principles and recommendations targeted at four “domains”: education and training, research, practice, and policy and advocacy. The principles and recommendations are designed to meet immediate, intermediate and long-term goals for both ASPPH and schools and programs of public health. For example, an immediate recommendation in the education and training domain is for ASPPH to develop training for staff “to acquire foundational knowledge and skills in climate change and health.”

During a question-and-answer session, Samet commented on the education and training issue. “Putting my dean’s hat on,” he observed, “I hope for the short term we arrive at the right curricula for both those who are seeking general background and also those who want to take on climate and health as the area they are going to work on.”

Goldman noted that the framework also highlights “cross-cutting themes” that are integral to tackling the challenges of climate change and health. These include environmental justice, social justice and health equity; interprofessional and interdisciplinary collaborations; and partnerships for impact.

In his remarks, Balbus underscored the importance of addressing issues of social justice and health equity. He noted the disproportionate impact of COVID-19 on vulnerable communities, adding that the COVID-19 pandemic “laid bare the role that social injustice and degradation” and other social determinants of health had on poor outcomes among the underserved. He warned that without countering efforts, climate change will impose a similar burden on these communities.

“The same factors that caused death from COVID are causing deaths from climate change and related health threats,” Balbus said.

Benjamin said that the framework document is important for bringing the issue of climate change and health to the fore in schools of public health. That’s long overdue, he added.

“It’s clear that climate change is affecting our health today,” he said. “Yet climate change and health as an academic endeavor has not gotten the urgency it deserves. This report is an extremely important catalyst to move the agenda forward.”

Benjamin also noted that to this point there have been a relatively small number of PubMed-validated papers on climate change and health in the literature. “That’s a minimalist approach to a profound societal program,” he said. “The idea is to make climate change a kitchen table issue for all to use practicing in public health.”

“We are going through a period where climate and health is bursting forth as a tremendous effort that is going to be undertaken by many people,” she said. “Researchers who have never published a word about climate and health will be publishing papers in the next year to 10 years in areas that we can’t even predict right now.” For example, she said, the acute effects of heat exposure are well established. Still to be explored are the possible chronic illnesses caused by rising temperatures.

The panel covered a wide variety of other topics, including the economic value, as well as the health benefits, of addressing climate change; the need to show the benefits of efforts to mitigate climate change to rural and conservative communities that depend on farming and ranching; and the importance of collaborating with experts to find solutions in various fields, including government, engineering, atmospheric studies, marine biology, as well as community members.

“We need an integrated research agenda that leads to actionable evidence,” Samet said in his concluding remarks, noting that that goal has been met in the past with studies of air pollution. “And we need to share our successes with others. This framework is a very important step forward for having a platform for launching collaborative activities.”