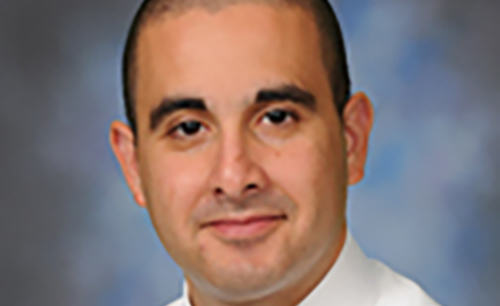 As we appear to be reaching the peak of the coronavirus outbreak in some parts of the U.S., public health officials have started thinking about what happens next. Having widespread, accurate testing for COVID-19 is necessary in order to make it possible for essential workers to return to their jobs, and eventually, reopen society. But how will we keep track of who has developed antibodies after surviving a case of COVID-19 and should be permitted to go out in public? One option — which has already been implemented by researchers in Germany, and is being considered by the United Kingdom and Italy — is to have some form of documentation verifying a person’s immunity to the virus.

But beyond the logistics, immunity cards themselves also raise some serious ethical and legal questions, given that they are based on the concept of dividing society into two classes of people: those who have COVID-19 immunity, and those who don’t. “My instinct is that this doesn’t seem like a very good idea for a variety of different reasons,” Dr. Daniel Goldberg, an attorney and associate professor at the Center for Bioethics and Humanities at the University of Colorado Anschutz Medical Campus tells Rolling Stone.

As an expert in stigma, Goldberg explains that anytime people’s social status is altered on the basis of having a disease or exposure to that disease, there is cause for concern. Typically we see situations where having a communicable disease damages a person’s status, resulting in adverse social consequences because of the stigma. (See: Mary Mallon, aka Typhoid Mary.) But an immunity card system would be the inverse, indicating when a person who is thought to be immune to the virus achieves a positive social status, along with the resulting benefits — like being able to visit friends or go to restaurants. And it’s not only social benefits that would come with an immunity card: according to Goldberg, there would be “real, stark legal benefits” as well. “You’d get to go to work. You’d get to go to the gym. You get to be outside,” he says. “It’s problematic from an ethical standpoint to do that on the basis of disease status.”

There would also be major implications when it comes to disability law — namely, that having a normal immune system without evidence of a prior infection could potentially count as a disability. “It’s weird to think about how someone not having a disease could disable them,” Goldberg explains. “But it’s actually possible under the ‘regarded as’ prong of the Americans with Disabilities Act, which basically says that even if you don’t actually have a disability, if you’re regarded by others as having a disability that substantially limits major life activity, then you get the protections of the ADA.” With regards to immunity cards, Goldberg says “it’s possible that this violates some legal provisions with regard to how people have to be treated in case of disease status,” he says.

Overall, Goldberg says that the benefits of immunity cards are vastly outweighed by the harms, but thinks there is a better way to reopen society — one that doesn’t create two classes of people based on disease status. Instead, what Goldberg and some other public health experts have proposed is a system of case-based mitigation, which would involve identifying and monitoring emerging hotspots before there is community-wide spread, and placing restrictions on specific neighborhoods, where aggressive public health interventions would take place. Meanwhile, everyone else could continue to go to work and live their lives (within reason). Goldberg says that in theory, the ideas behind case-based mitigation and immunity cards are very similar, both involving identifying people for whom it is safe to move around. The difference is that immunity cards would accomplish this in a way that would change people’s social status based on whether or not they have immunity to a disease.