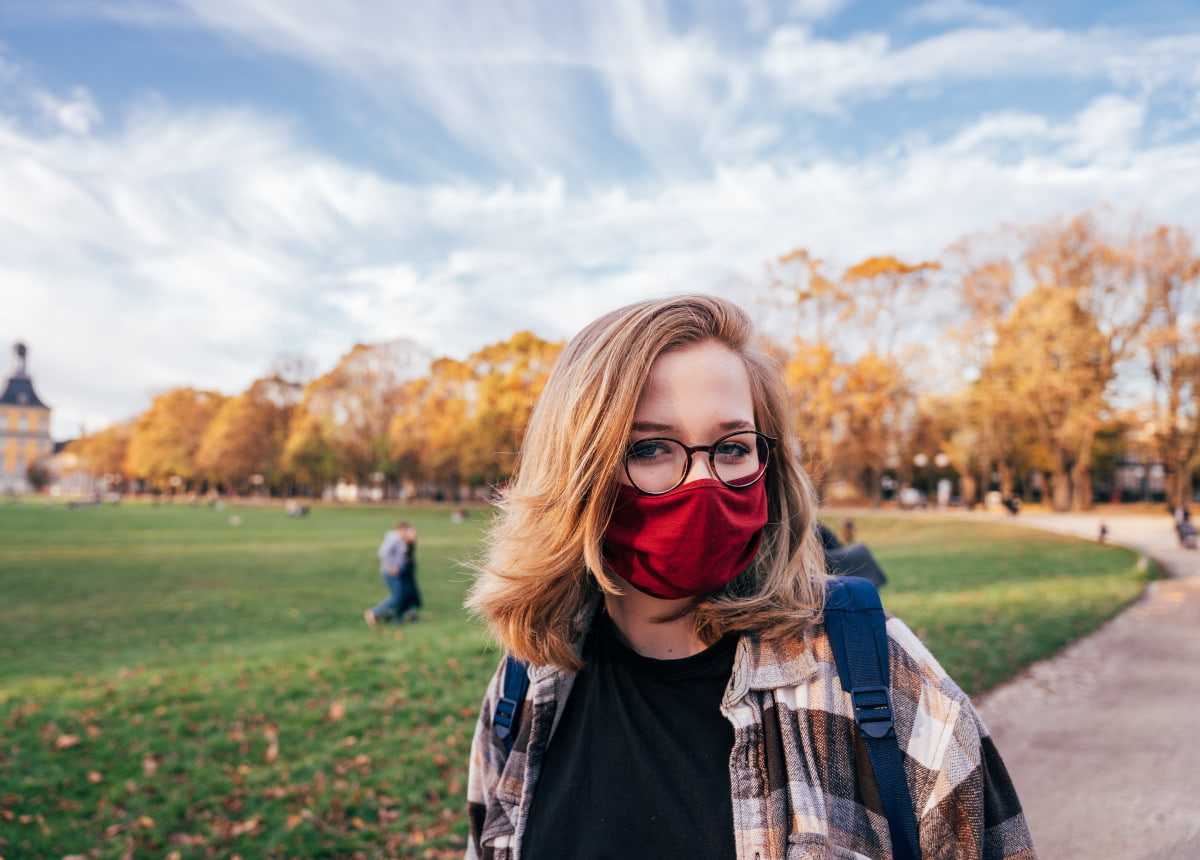 Colorado State University researchers say the vast majority of people around the university are wearing face coverings, according to a recent study published by the Centers for Disease Control and Prevention.

The CDC study — Observed Face Mask Use at Six Universities — United States, September–November 2020 — reported that 93.9% of people on or near CSU’s Main Campus wore face coverings, with 95% of those wearing coverings properly wearing them.

The CSU portion of the study was led by Molly J. Gutilla, assistant professor in Health and Exercise Science at CSU and the Department of Epidemiology in the Colorado School of Public Health. Other participating universities included Auburn University, University of Florida, University of Georgia, University of Pikeville and West Virginia University.

“People on campus are doing a great job,” Gutilla said. “Compared to other universities, we had some of the highest percentages of individuals wearing face coverings and wearing them correctly.”

Gutilla and a team of six student researchers conducted observations Nov. 9-20 at high-traffic areas around campus, including residence halls as well as the Lory Student Center, Morgan Library and Student Recreation Center, among others. She explained that they used publicly available de-identified cell phone mobility data to help pinpoint high-traffic areas.

Raissa Huntley was one of those CSU students who helped scope out the locations with Gutilla.

Huntley, who is pursuing her master’s degree in public health, also coordinated the observation schedules, adding that the experience allowed her to collect data in the field as well as utilize her organization, communication and problem-solving skills.

“The rate of compliance impressed me,” Huntley said. “The number that we’ve come back with has been really uplifting to all of our partners. It’s really assuring to take an objective picture of that on campus.”

Huntley added that she was well prepared wearing plenty of layers for the sporadic November weather while collecting the data. Gutilla commended the commitment of the students to the study.

“Being willing to go out into the field and collect objective data speaks to their motivation of wanting to help respond to COVID,” she said.

Gutilla said the high rates of mask wearing could be attributed to a variety of factors, including strong public health messages from the university as well as the commitment of students to practice health behaviors.

“When we happen to see a group of students together, they tend to all be doing the same thing,” she said. “Whether it’s social norming or the power of group thinking, we’ve observed that nearly everyone is wearing a mask on campus.”

Since the start of the pandemic, CSU has made a strong commitment to promoting health behaviors such as wearing face coverings, physical distancing and hand washing.

As part of this, CSU established the Social Norming Task Force in Summer 2020 — a committee of more than two dozen faculty, staff and students charged with correcting misperceptions students may have involving public health behaviors. The task force came out of the Student Life Recovery and Continuity Workgroup, one of the groups implementing President Joyce McConnell’s COVID-19 recovery plan.

One key data point used in messaging came from an October 2020 task force survey that found 91.3% of students completely or somewhat agreed that they were motivated to practice health behaviors to ensure the health of the CSU community.

Jody Donovan — the assistant vice president for student affairs and dean of students who co-chairs the task force with Laura Giles, associate executive director of Housing and Dining Services — said that the latest CDC research from Gutilla’s team exemplifies the commitment of the university community to practice health behaviors.

“The findings of this research regarding mask wearing behavior on campus highlights how the Ram community cares for one another, especially during this pandemic,” Donovan said. “We’re celebrating, and — at the same time — there remains a lot of work to do to increase and support correct mask wearing on and off campus throughout the rest of the semester and summer.”

According to Gutilla, data collection for the CDC study has resumed for the Spring Semester, with the hope of regularly sharing the results of observations.

“The goal is to see 100% compliance,” she said. “While we’re close, there’s still some room to improve.”

“We’re working with those campuses to potentially have some friendly competition,” Gutilla said.

After classes were canceled on Feb. 15 due to weather, Huntley and other students were back observing people on campus the next day. Huntley, who was at the Clark Building and later the Lory Student Center, said the fact that her academic interests have been of service to others during this time has been fulfilling.

“I hope that this information gets back to students,” she said. “I hope that they feel the sacrifices they’ve made and the efforts that they’ve taken on campus have meant something and that someone has observed them doing a good job.”