Studying air quality in China, and creating a more sustainable future for millions 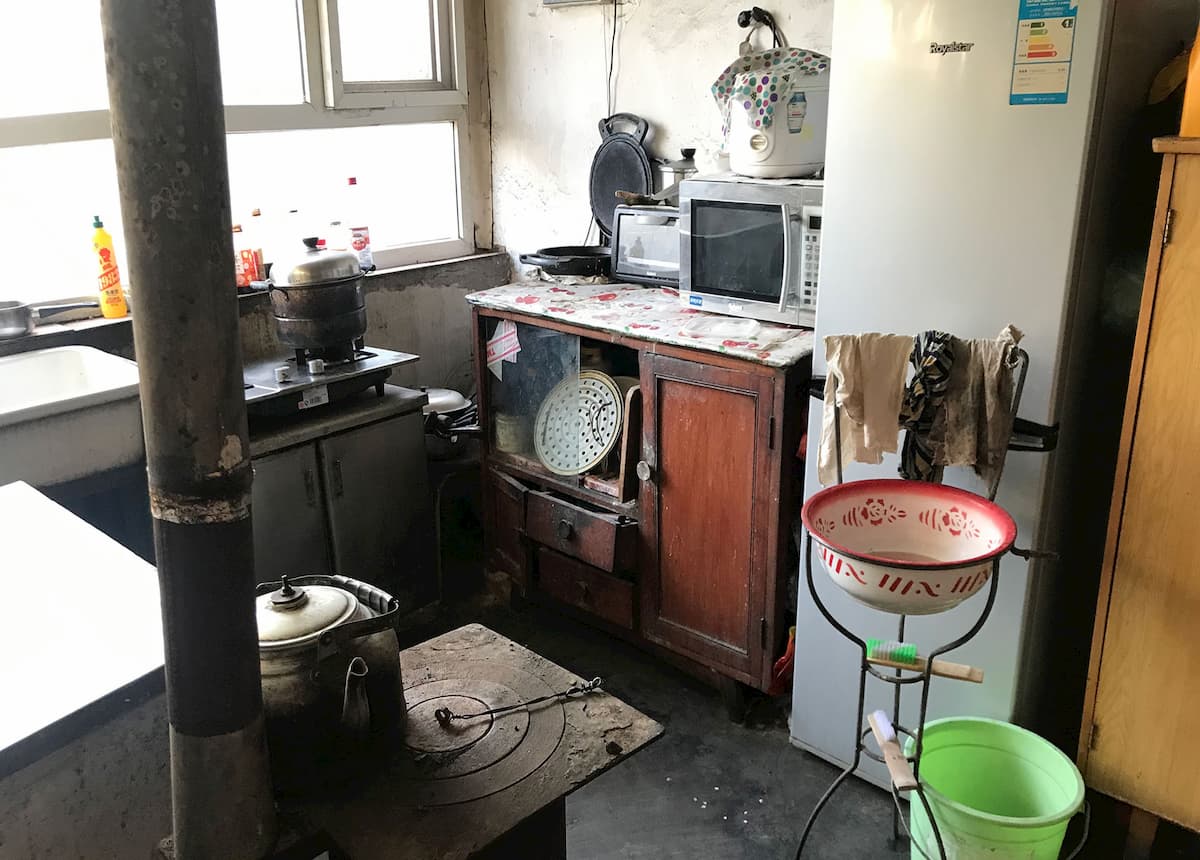 As Colorado State University students were wrapping up finals and heading out for fall break, Ellison Carter was boarding a plane headed back to Colorado, following an action-packed two weeks in China.

Carter was setting up the next phase of an ongoing study that may have lasting effects on one of the world’s most populous countries. An assistant professor in the Departments of Environmental and Occupational Health at the Colorado School of Public Health and Civil and Environmental Engineering at CSU, Carter is an air pollution specialist who for several years has led scientific inquiry into the air breathed by millions of Chinese citizens, in an effort to map that country’s rollout of clean energy policies. Carter and an international team of collaborators are doing work that could inform future decisions by policymakers to invest in a healthier, more sustainable future for China, and for other countries.

Carter’s work in China builds on several studies she has led or co-led since 2012. Most recently, Carter was lead author on a paper in Nature Sustainability that looked at what factors lead Chinese households to give up using wood or coal stoves in their homes, which tends to persist despite increasing access to cleaner energy from gas and electricity. The team, including researchers from Imperial College London, Kings College London, Peking University, Tsinghua University, and McGill University, studied 753 Chinese adults in 2016 who were in various stages of transitioning away from coal and wood cooking and heating stoves in the home. The research offers valuable insights into how to better incentivize widespread, complete transition to cleaner fuels.

With the help of grants from U.S. and Canadian health institutes, Carter and McGill University colleagues are continuing to take multidisciplinary approaches to help solve serious issues affecting the health of people all over the world. Carter is also grateful for support from CSU’s Office of the Vice President for Research, which provided seed funding that set her international air quality research in motion.

“It’s one of those great examples where a small and timely investment ($10,000) translated into more significant, long-term investments in policy-relevant research,” Carter said.

The CSU Vice President for Research contribution funded air quality monitors that Carter used in a 2017 pilot study in Beijing. The team, led by McGill University social scientist Christopher Barrington-Leigh, published results from the pilot in Nature Energy earlier this year. They reported that households that had switched from coal to subsidized electricity under a coal ban in Beijing had measurably warmer homes and lower pollution levels than households in neighboring villages that had not yet been required to adhere to the coal ban. However, the researchers also found that households in lower-income districts experienced negative impacts on their well-being as a result of the ban.

Now, a $1 million Canadian Institutes of Health Research grant awarded in July 2018, led by McGill epidemiologist and associate professor Jill Baumgartner, is funding two years of data collection and one year of analysis in the Beijing province.

The team, which includes Canadian researchers Baumgartner, epidemiologist Sam Harper, and social science colleagues Barrington-Leigh and Brian Robinson from McGill, and Chinese researchers from Peking University and the Chinese Academy of Sciences in Beijing, will evaluate the impacts of the coal ban on air quality, home heating, temperature, and cardiovascular and respiratory health in rural residents. A second $1 million grant from the Health Effects Institute will support their work for an extra field season in 2020-21. It also funds additional air pollution measurements and has allowed Carter to bring on a new student and expand capacity for air sample analysis in her lab.

“The primary motivation for this coal ban is to reduce ambient concentrations of PM (particulate matter) 2.5, a well-established harmful air pollutant,” Carter said. “A primary role we have on the team is to support long-term air pollution measurements in this multiyear study.”

The study’s sample is 50 villages outside Beijing’s urban core. Within each village the researchers have recruited 20 people, for a total of 1,000 in the study population – a large number for a personal exposure campaign. Those recruited will wear a monitor that collects PM 2.5, or fine particulate matter, measuring their personal exposure.

Back in her lab at CSU, Carter will analyze the composition of the PM 2.5, in particular looking for tracers that indicate household combustion of coal as a source of air pollution.

“Last winter was our baseline season, all controls, everybody’s using coal. This winter some of those control villages will transition to being villages that are now in the coal ban,” said Carter, who just returned from training the field team and initiating the field data collection campaign. Data will be collected for the entire heating season. In addition to personal air pollution exposure measurements, indoor air monitoring will continue in homes through the end of January, and outdoor air monitoring will last throughout the entire year.

The third-year follow-up funded by the HEI grant is critical, explained Carter. By that time, a substantially higher proportion of villages should be in the ban, so there should be significant reductions in household coal burning. It also will allow the team to follow up on some longer-term health impacts that may not change immediately in the first year following the energy transition.

Carter was excited to be part of the team receiving the additional funding from a source that is highly regarded in her field.

“The Health Effects Institute is a leading research organization that supports and provides high quality, policy-relevant science related to air pollution and its health impacts. Their review process is very rigorous,” she said. “They’re eager for the results our work should yield to inform policy.”

As with much of Carter’s research, the larger team she works with has taken a multidisciplinary approach to examining the coal ban effects, including gauging subjective well-being in addition to the physical presence of pollution. In the pilot program, for instance, the villages in or out of the coal ban in the high- and medium-income districts didn’t show any difference in well-being, but the village in the coal ban in the poor district reported significantly lower well-being than the village in the same district that was still using coal at the time of the pilot study. This was consistent with the team’s hypothesis that there could be distributional impacts of the policy, and those that were most marginalized socioeconomically may experience the greatest burden.

“Unfortunately, it’s perhaps not novel to learn that already marginalized or poorer communities are more heavily impacted when new policies like this one go into place, but it is an important result to communicate and process as we try to understand how household energy transitions work,” Carter said.

“Being a part of these teams engages me to think outside of what might otherwise be the narrow scope of an air quality project, and integrate sociological and technological work in ways that we hope enhances the value of the work more broadly,” Carter said.

As an example, Carter cites temperature, which epidemiologists study as a risk factor for cardiovascular health, but may also relate to well-being through comfort.

“These health and well-being impacts bring a dimension to the work that enriches the value of my team’s focus on indoor environmental quality,” she said.

She continued: “We hope the coal ban brings about changes in outdoor air quality and changes in air pollution exposure that are reductions in those levels, but it’s also critically important to understand people’s experience in their homes. Do they feel better off? Are they better off? By what means are we measuring whether or not they’re better off? Having people on our team who can help assess the diversity of impacts that may be associated with a household energy policy like this is an incredibly awesome opportunity.”

Working with colleagues who are pulling for a similar outcome — high quality, policy-relevant science — and knowing that none of them could achieve those goals alone makes it easier to embrace the difficulties and challenges inherent in research, Carter said.

“We all believe that if we work together on this, we get to a result that has more meaning and impact in the world than if I just went off by myself and did some air quality measurements in China.”