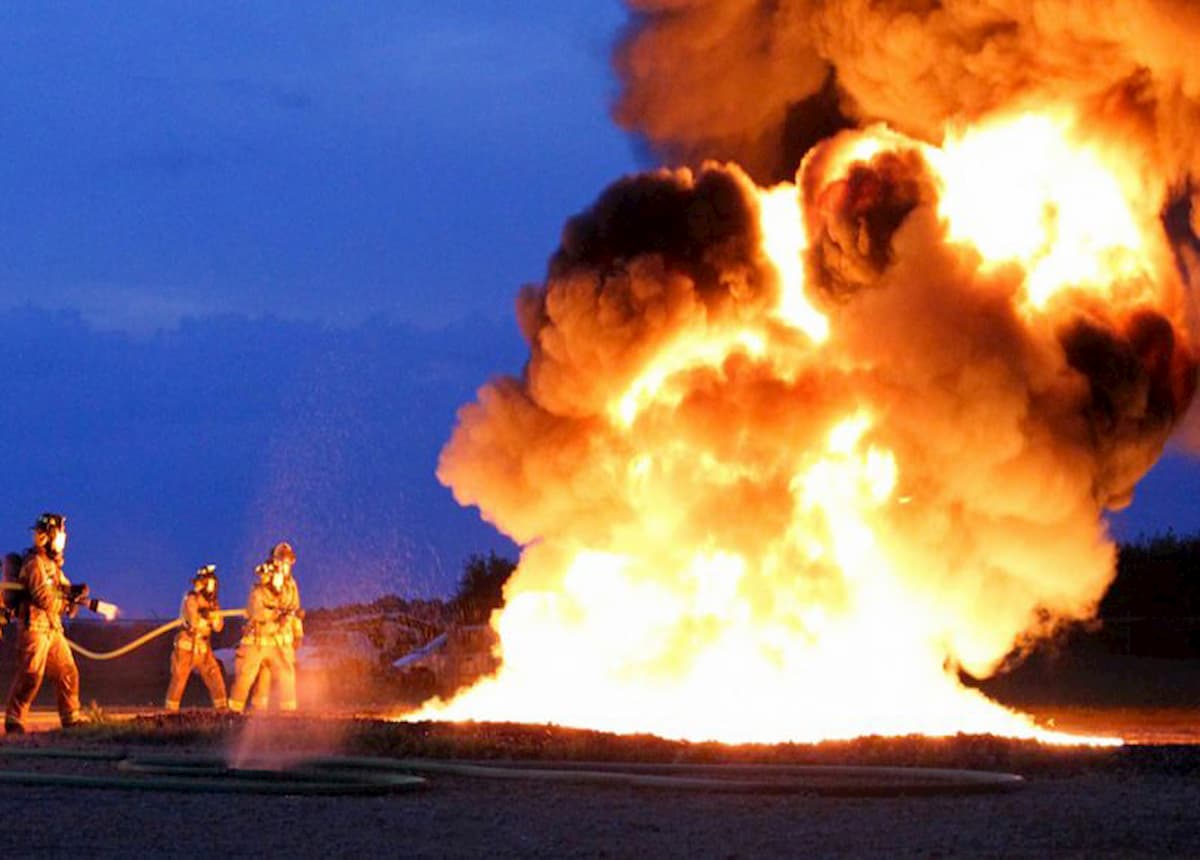 Researchers from three states that are currently grappling with water contaminated with poly- and perfluoroalkyl substances (PFASs), are joining forces to tackle one of the biggest remaining questions facing communities who have found the toxic chemicals used in firefighting foam, nonstick cookware and water-repellent clothing lurking in their water supply.

When PFASs contaminate a drinking water source, is it enough to just treat the water people drink? Or do state and local agencies need to do more to limit residents’ exposure?

“The fact is these compounds are so persistent that if they’re in the water, whatever the water is used for has the potential to cause an exposure issue, too,” said Chris Higgins, a PFAS expert and professor of civil and environmental engineering at Colorado School of Mines. “We’ve heard about a dairy in Maine where the soil was contaminated and now the milk is contaminated, too. A farm near Colorado Springs closed because of the potential concerns of compounds moving into crops. There are places in Michigan where officials have issued deer consumption advisories, in addition to fish consumption advisories.

“If we’re treating impacted drinking water, is that sufficient to reduce human exposure when you have these compounds getting into water and soil? That’s the main motivating question.”

Higgins is the lead investigator on a new research project set to receive $1.96 million from the U.S. Environmental Protection Agency to answer that question. In doing so, researchers will develop actionable data that can be used by state and local agencies to reduce exposure to the harmful chemicals in communities across the nation.

The research team includes scientists and engineers from North Carolina State University, Duke University, Michigan State University and the Colorado School of Public Health at the University of Colorado Anschutz Medical Campus, in addition to Mines. Their efforts will focus on their three home states, each of which has communities significantly impacted by PFAS-contaminated drinking water.

In Colorado, the towns of Fountain, Security and Widefield, just south of Colorado Springs, learned that firefighting foam used at a nearby military installation had likely contaminated groundwater and soil with PFAS.

In North Carolina, the source of the PFAS discovered in the Cape Fear River – the main drinking water source for the city of Wilmington – was a manufacturing plant upstream emitting the PFAS GenX in their fluorochemical production.

In Michigan, there are several possible study locations, including those where PFAS contamination has been identified as a byproduct of industrial activity.

PFAS exposure studies funded by the National Institutes of Health are already underway in Colorado and North Carolina, and the new project will leverage those existing biomonitoring cohorts, led by co-PIs John Adgate, chair of ColoradoSPH’s Department of Environmental and Occupational Health, and Jane Hoppin, associate professor in the Department of Biological Sciences at NC State.

A new study cohort will be organized in Michigan to allow comparison of similarities and differences in exposure and chemical fingerprints in environmental media and serum for all three communities. The Michigan study will be led by co-PI Courtney Carignan, assistant professor in the Department of Food Science and Human Nutrition at Michigan State.

Among the specific questions that researchers plan to answer is to what extent PFASs accumulate in locally harvested foods like vegetables, fish and eggs, and more broadly, the relative contribution of drinking water and local foods to PFAS exposure in impacted communities. Further, the team will collect needed data to enable predictions of how quickly PFASs will migrate, particularly through soil into groundwater.

“This funding will help us understand how these PFASs got into drinking water at sites around the U.S. and how they move through the environment,” Adgate said. “That is important because it makes it possible to more reliably reconstruct past PFAS exposure, which is essential for understanding how these compounds affect human health.”

A companion study, led by Oregon State University and also being funded by the EPA, will look specifically at the toxicity of PFASs and which ones are most worrisome for human health.

An advisory board composed of PFAS experts, state decision-makers and PFAS-impacted community stakeholders will provide critical input into the Mines-led project.

How PFAS impacts the community

“There’s a lot of PFAS research out there, but up until this point, it has just focused on drinking water as a pathway. There are a lot of questions around other ways that community members may have been impacted,” said Susan Gordon, a member of the advisory board and former manager of a community farm near Colorado Springs that closed due to PFAS contamination. “As a farmer who was significantly impacted by PFAS, no one could answer my questions about the possibility of exposure through the vegetables we grew on the farm and the animals we raised. The fact that Dr. Higgins and his team and the EPA are looking at this is hugely important, because all potential pathways for exposure need to be addressed. Hopefully this research will provide additional scientific justification for adequate protective regulation.”

This article originally appeared in the Colorado School of Mines newsroom.