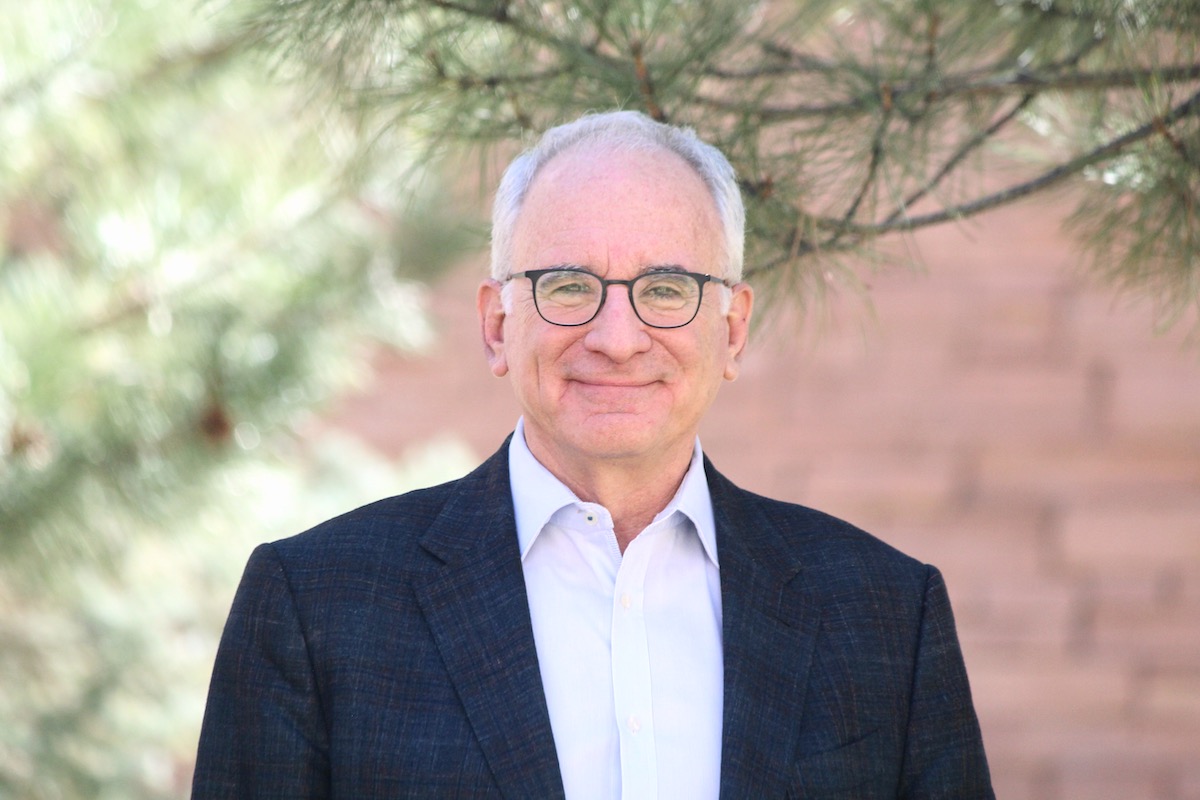 A red orange sun glows behind the clouds of smoke rising over the smoldering field. The smell is slightly sweet, but heavy. A cheerful school bus waits beside acres of burnt sugarcane. Lee Newman, MD, MA sits behind a table of lab samples near the bus. He and his research team are working to determine the causes and factors of chronic kidney disease of unknown origin (CKDu) among Guatemalan sugarcane workers – one of many complex problems that attract him.

Newman wears many hats. As a distinguished university professor, interim department chair for the Department of Environmental and Occupational Health (EOH), director of the Center for Health, Work & Environment at the Colorado School of Public Health (ColoradoSPH), and retired software entrepreneur, he is a self-titled “complexity junkie” who has always been attracted to “wicked problems.” Wicked problems are issues that are not just complicated in the scientific sense but are overlaid with political and social complications. There are always multiple forces at work that make these issues seemingly unsolvable, except in parts.

It was the interest in wicked problems that drew Newman into and out of his first professional career as a journalist in the early 1970s. The work of Woodward and Bernstein who pioneered investigative reporting during the Watergate scandal inspired Newman and his generation to become journalists. And while Newman credits journalism with giving him many of the skills he needed to be successful in life, he quickly became disenchanted with the profession.

“I was working as a reporter for a daily paper in Central New Jersey and couldn’t do the type of investigative reporting I was compelled by. I say this with the utmost respect for journalists, but I didn't want to be reporting things, I wanted to do them,” Newman said.

This realization brought Newman to the doors of graduate school to study social psychology. Whether he knew it or not, it was his fascination with complex issues and the wonderment for what made people in social systems tick, that had led him there. Ironically enough, Newman dropped out of grad school for fear of becoming a professor who was overly-focused on research. “While I found the subject fascinating, I was trying to figure out how I could use knowledge to benefit people more directly. And that led me to medical school,” Newman said. 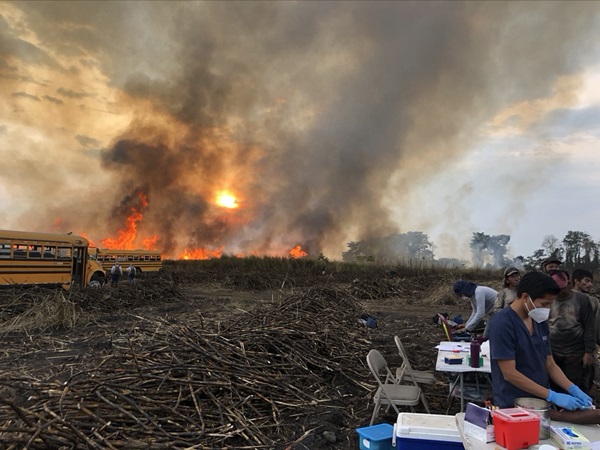 In his 20-year career as a practicing pulmonary physician, Newman was directly helping people through medical care, what he considers to be a real privilege. But he was still miles away from the public health professor in the Latin American sugarcane fields.

“The thing that really clicked for me was when I realized that my work in medicine could inform ways of preventing illness,” Newman said. “I had a mentor who taught me that I could take what I studied in the lab and learned from my clinical practice, and put it to use to solve bigger problems, bigger than what I could accomplish taking care of individual patients, which is noble and important, could do.”

In his time as a physician at National Jewish in the 1990s, Newman began seeing a pattern of symptoms among workers from Rocky Flats, a nuclear weapons production facility in Golden, CO. He investigated the link between these symptoms and exposure to a metal called beryllium – quite the wicked problem.

“I thought, how would I stop there from being 100 more people like my one patient from coming into my clinic with an incurable lung disease? How could I stop them from ever getting sick in the first place? And that was really what drew me into public health,” Newman said.

Years of his and his colleagues’ research uncovered that the Occupational Safety Administration (OSHA)’s exposure limit was not protecting workers from disease. In fact, it was 50 times more than what Newman found to be a safer level of exposure to beryllium. He wrote to OSHA, testified before Congress, published more than one hundred peer-reviewed papers, and worked directly with businesses, labor organizations, and patient groups on a mission to protect workers from exposure to hazardous levels of beryllium. 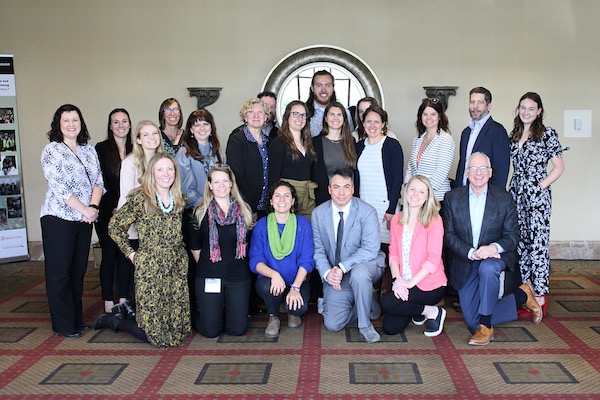 After an invitation from founding Dean Richard Hamman, Newman became one of the founding faculty for the ColoradoSPH in 2007. He was named a University of Colorado Distinguished Professor in 2019, reflecting his exceptional performance in scholarly work, excellence in the promotion of learning, and outstanding leadership and service to the profession and to CU. He founded the Center for Health, Work & Environment, which also houses the Mountain & Plain Education and Research Center and one of ten Centers of Excellence for Total Worker Health®, and he is a founding member of the Climate, Work & Health Initiative, among other climate and health initiatives in the state.

It’s a creative thread that has pulled Newman through all his different careers and commitments. “Anyone who knows me well knows that I like to mix it up,” Newman said, “I like to bring in people with different ideas, tap into different universes of thought, art, and skill, and ask them to apply them to problems in a novel way.”

“I enjoy pursuing creativity in pretty much every passion of mine, whether it's as an educator, a researcher, or making music as a drummer. I am always trying to push some of the limits of materials and approaches, and that's a creative process,” Newman said.

Of the hundreds of lectures Newman has given, no two are identical. His passion for invention has always been for purpose. According to Newman, he must do things that have some tangible benefit for someone else. He currently mentors 14 junior faculty, no two of whom are the same.

“What I loved about medicine was collaborating with my patients to try to improve their lives. When I came into public health and traded my patients for students, my mentorship is very much intended to do the same,” Newman said.

The future of work

Newman is currently focused on the effect of climate change on human health and the well-being of workers. This finally brings us back to his lab table in the sugarcane field. Since 2016, Newman and researchers from the Center, the EOH Department at the ColoradoSPH, and colleagues at Colorado State University have been partnering with Latin America’s largest agribusiness to improve worker health and help understand and intervene to stem the epidemic of kidney failure. This disease is most prevalent among individuals living in subtropical regions where high temperatures are continuing to rise due to the climate crisis.

His work with workers from Rocky Flats to Guatemala has raised the question of what it means to promote worker health as well as safety. Newman is part of the Total Worker Health (TWH) movement – the core idea that work impacts the rest of one’s life, and the rest of one’s life impacts one’s work.

“To promote well-being, we need to address workers as whole people; their job is only part of who they are. We can't understand and improve their conditions in one part of their life without thinking about the others, and that's a big shift for our profession,” Newman said.

Newman and other TWH professionals are exploring this issue through a process called convergence.

“Changing work conditions that are evolving quickly and in ways that we can't predict, that's a wicked problem,” Newman said. “Convergence brings people who have very different experiences and perspectives together to solve problems. That's what TWH is. There is an enormous spectrum of talents we’re bringing together to change how an entire field thinks about health and safety.”

Ever the irrational optimist (another title Newman has crowned himself with), he faces these complex issues with a strong sense of hope and purpose. “I like to be a person who convenes different people to work on these problems, again with intentionality and purpose. And that purpose should be to make the world a better place.”


Written by Laura Veith, communications and media program manager at the Center for Health, Work & Environment at the ColoradoSPH.