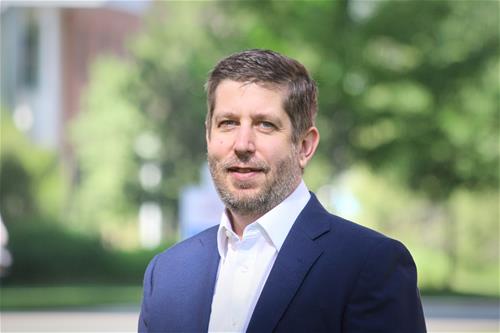 It is hard to picture yourself as a physician when you do not like being in clinics or hospitals. It is even harder to imagine life as a doctor when you do not like touching sick people. In his junior year of college, while studying pre-medicine at the University of Southern Colorado (now CSU Pueblo), Mike Van Dyke toured CU Medical School and realized that these statements were true for him, and therefore medicine was not for him.

After graduation, Van Dyke took a brief reprise from school while working for his father’s office furniture company. This short stint sparked Van Dyke’s interest in ergonomics which he later decided to study.

While earning his Master’s at Colorado State University (CSU), Van Dyke was introduced to the field of industrial hygiene. According to OSHA, industrial hygiene is the “science of anticipating, recognizing, evaluating, and controlling workplace conditions that may cause workers' injury or illness.” For Van Dyke, this was the perfect opportunity to apply his knowledge of chemistry and biology to prevent workers from getting sick or injured.

Mike discovered that industrial hygienist is, in fact, a real occupation.

At the recommendation of his professors, Van Dyke sought a job with the Tri-County Health Department after graduating. It was here that he met his longtime colleague and mentor, Dr. John Martyny. “I worked for John Martyny for 13 years with the singular career goal of becoming John Martyny,” says Van Dyke. After a few years, Van Dyke left his role at Tri-County to work in the OSHA Consultation Program while also earning his doctorate in industrial hygiene at CSU. 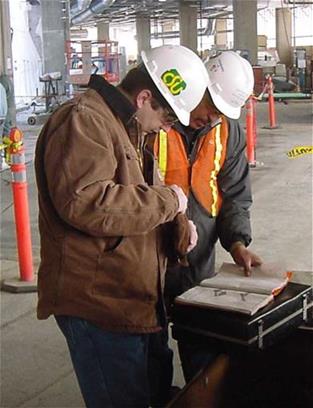 Ph.D. in hand, Van Dyke found his way back under the leadership of Martyny who was working for National Jewish Health. They began partnering on the types of projects that drew Van Dyke to Martyny in the first place.

“John and I are some of the only people to have cooked meth legally,” says Van Dyke. “We cooked and smoked meth, but we never inhaled it.” The purpose of their project at National Jewish was to determine how to protect law enforcement from exposure to meth and how to decontaminate homes where meth had been cooked.

The last research project Van Dyke and Martyny worked on together was on the health and safety of indoor marijuana grows. Just when medical marijuana was becoming more accessible, Van Dyke and Martyny were hired by the Department of Justice to investigate the health risks to law enforcement officers who were investigating home grows. They would follow a SWAT team on raids, testing the surfaces and air inside home grows, making recommendations to protect law enforcement against safety hazards such as mandatory use of personal protective equipment and specific decontamination procedures. Van Dyke and Martyny were the first researchers to measure the health hazards of growing marijuana.

At this time, the Colorado Department of Public Health and Environment was searching for a candidate with occupational health experience and an understanding of toxicology, environmental epidemiology, and marijuana. There were only two people in the world with that background, and one of them (Martyny) had just retired. The only man for the job was Dr. Mike Van Dyke.

Since Colorado was the first state to legalize recreational marijuana, Van Dyke’s team at the Health Department became the first to study the public health effects of marijuana. Colorado became the second state to fund medical marijuana research based on a bill that Van Dyke helped write. “I never imagined in my life that I would be the marijuana guy,” he says.

While at the Department, Van Dyke also researched the public health effects of another hot topic at the time—fracking. “My superhero name became the Gas and Grass Guy,” says Van Dyke. In addition to gas and grass, he also helped rewrite the law on reportable diseases to take into account the health effects from environmental exposures.

Since 2009, Van Dyke had been teaching a course in the Environmental and Occupational Health Department at the Colorado School of Public Health (ColoradoSPH). Dr. Lee Newman, who had hired him at National Jewish Health, reached out to Van Dyke to gauge his interest in working for the Center for Health Work & Environment at ColoradoSPH. Van Dyke joined the Center as the continuing education director in July of 2019.

As is clear from his career history, Van Dyke thrives in the variety of opportunities industrial hygiene affords him. He never does any one thing all the time. While he leads the Center’s continuing education efforts for working professionals, Van Dyke continues to teach at ColoradoSPH as well participate in research and consult businesses in workplace health safety.

Since the COVID-19 pandemic, Newman and Van Dyke have been consulting employers, including one of America’s largest meatpacking companies on how to keep workers and products safe from the spread of the novel coronavirus. As more businesses reopen their doors and employees return to work, Van Dyke’s expertise in workplace hygiene has been called upon regularly.

“As a public health and safety professional in an academic environment, when you have a huge public health issue like this pandemic, you feel like you should be out on the front lines somehow. You almost feel antsy if you can't do anything,” says Van Dyke. “The consulting we've done around COVID-19 has allowed me to go out and practice public health and do my part.”