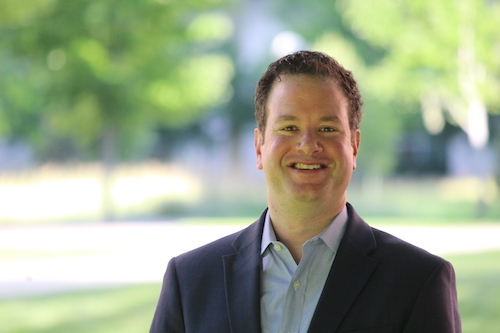 David Shapiro took his liberal arts education as an invitation. His early college courses had sparked an interest in African culture, which quickly inspired David to spend the first half of his junior year studying abroad in Zimbabwe. After returning to school, he paired his Anthropology major with the African History major he created.

Thirsty to learn more about other cultures and peoples, David spent a year and a half after college backpacking in Asia, East Africa, culminating in a long stint in Ethiopia and a return to southern Africa. Once back in the United States, David settled in Silverthorne, Colorado, and began working in the ski industry.

His time spent managing ski shops and working as a sales rep for an outdoor brand would be an invaluable introduction to workplace dynamics. In these roles, David was exposed to different management styles, company structures, and employee experiences that he would come to draw upon later in his career.

After the birth of his first child, David decided to take time away from work to be a full-time parent. While making that decision for the sake of his family, the experience was instrumental in David’s future career emphasis. “The year I spent taking a break from working shaped my dedication to family-friendly workplace environments and supporting employees as caregivers,” says David. “I don't think I realized at the time. It seemed like a natural choice but it truly changed the trajectory of my career.” 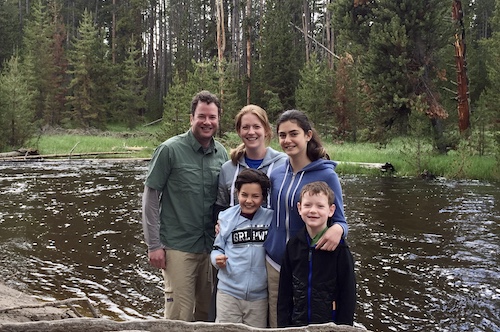 When David decided to return to the workforce, the Summit County Government was trying to encourage fathers to participate in its parenting programs. Having participated in them himself, David began running the Fatherhood Initiative for Summit County Youth and Family Services.

While under his leadership, the program grew and increased its federal and state funding, eventually becoming the nonprofit initiative Mountain Dads at the Family and Intercultural Resource Center. “I was proud that the program I helped launch was able to sustain itself through funding and local participation,” says David.

After the birth of his second child, David moved to Denver with his children and continued his efforts towards supporting new parents and early childhood development. For six years, he helped advocate for these programs at Executives Partnering to Invest in Children (EPIC). The nonprofit is dedicated to working with business leaders to support early childhood through advocacy and special programs.

“I was able to grow EPIC’s membership and advocated at the state capital to reauthorize Colorado's Childcare Contribution Tax Credit,” says David. “Many business leaders did not understand the importance of the first five years of a child’s development. Our goal was to get interested business leaders to commit either their time, their talent, or their treasure to help advocate for very young children.”

During his time at EPIC, David started to form some fairly strong opinions around the trending phrase of work-life balance. From his own experience as a stay-at-home and a working parent, David realized that perfect balance was an unachievable goal. “I prefer the term work-life integration over work-life balance,” he says. “Balance implies that you're going to have all aspects of your life—work, parenting, relationships, hobbies—perfectly and equally weighted and I don't know if that's ever possible.”

In partnership with the Colorado Department of Public Health and Environment, EPIC created the Family-Friendly Initiative which included what is now Health Links™’ Family-Friendly Workplace Survey and portions of its toolkit. “It was important for leaders to have both an assessment and resources like the toolkit, which led to a collaboration with Health Links and the Center for Health, Work & Environment,” says David.

In the spring of 2018, Health Links was changing its advising model. The program was transitioning from having local advisors in key locations throughout Colorado to a national and virtual advising format. David saw this transition as the perfect opportunity to expand his knowledge base beyond family-friendly workplaces to a fuller understanding of how workplaces pursue health and safety. He became Lead Advisor for Health Links in June of 2018 and was promoted to Program Manager a year later. 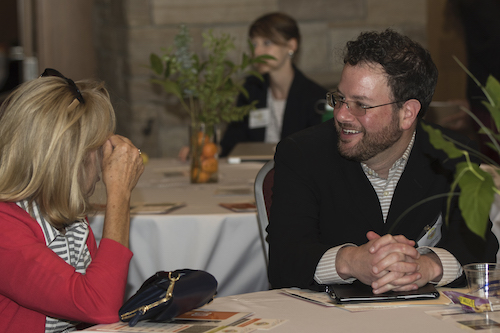 David has continually challenged himself to expand his understanding of the workplace and how to sustainably support employees. As part of this pursuit, he is currently a part of the Certificate in Total Worker Health® Program at the Colorado School of Public Health. Finding himself in a new field of study is commonplace for David; he has always tried to situate himself out of his comfort zone. From his time spent in Africa, to taking time off work to raise his daughter, to broadening his understanding of workplace health and safety, he says he’s “more comfortable when he is uncomfortable.”

And there has maybe never been a more uncomfortable time than the present. David and his wife Jennifer are experiencing the pandemic like families all over the world, working full-time jobs from home while trying to manage the demands of three school-aged children. It’s not easy. During his advising sessions with employers throughout the Healthy Workplace Network, David draws from his own experience when discussing the challenge of current work environments. Health Links has been an especially vital resource for employers during the COVID-19 pandemic. The intertwined impacts to workplace health and safety have been front and center as of late, making Health Links’ expertise essential for employers to draw from.

“Many of the COVID resources available to employers have been prescriptive and extremely confusing,” says David. “Our Healthy Workplace Network has benefited from the opportunity to talk to people in public health about the current workplace challenges; what the face mask mandate means; what that looks like in their own business; how to set up socially-distanced workspaces; among others. Potentially the biggest way we've helped has been by simply lending an ear to what they're working on and struggling with.”

Written by Laura Veith, Marketing & Communications Coordinator at the Center for Health, Work & Environment based at the Colorado School of Public Health.