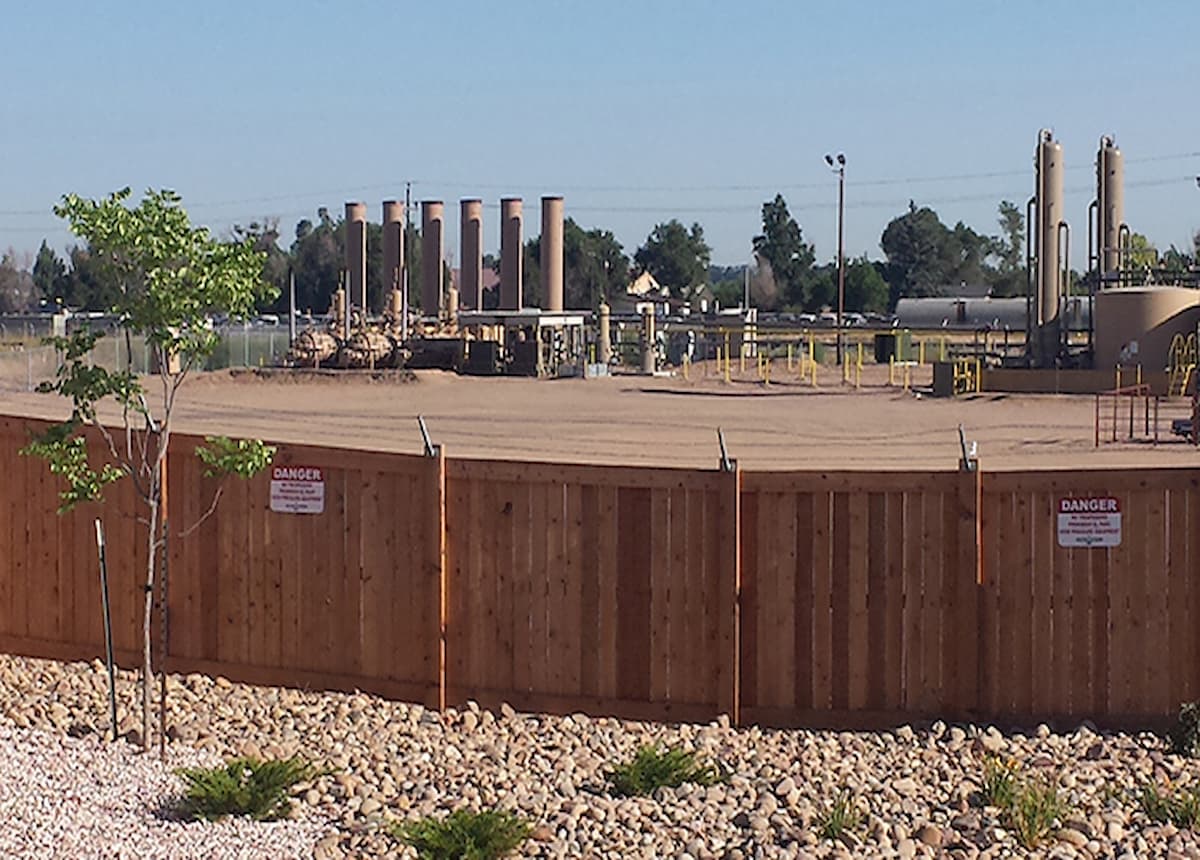 To publish research on the environmental impact of Colorado’s oil and gas industry is to resign yourself to pleasing some and not others.

Lisa McKenzie, PhD, MPH, and John Adgate, PhD, MSPH, are both faculty in environmental and occupational health at the Colorado School of Public Health, and have long since given up the fantasy that their research will be greeted with universal celebration of the scientific method. They’ve chosen to investigate the oil and gas industry because it is a fascinating and important intersection of public policy, public health, and one of the fastest-growing industries in Colorado. What could be more relevant?

Siting oil and gas operations in some of the most beautiful places in Colorado creates “complex problems with no easy answers,” said Adgate, professor and chair of the Department of Environmental and Occupational Health. “Our faculty are complex problem junkies.”

And it shows. Their team gets credit from national environmental health experts for their willingness to tackle questions on oil and gas and health, and to seek out useful data without overstating results.

“They’ve responded very effectively,” said Bernard Goldstein, MD, professor emeritus and former dean of the University of Pittsburgh Graduate School of Public Health. Pennsylvania has had its own fracking controversies, with a revival of the drilling industry there. “Not all the schools in all the states with fracking have responded as well—far from it.”

Coloradans have been drilling for oil products since the 1860s. Yet, not until the 21st century did environmental health researchers begin in earnest to study the potential impacts of drilling operations on humans who live nearby. The advent of hydraulic fracturing spurred demands for more research, as new extraction techniques brought drilling to petroleum-rich fields close to major population centers in states like Pennsylvania and Colorado.

The Colorado School of Public Health first got involved with research in the industry in 2008 with a white paper written by Roxana Witter, MD, MSPH, MS, Lee Newman, MD, MA, and colleagues. Adgate joined the faculty in 2010 as an exposure scientist interested in both chemical and nonchemical stressors on human health. McKenzie has a chemistry PhD and came to ColoradoSPH for an MPH. During her studies she joined a new effort to assess oil and gas impacts in Garfield County in 2011.

The Western Slope study was originally commissioned as a Health Impact Assessment for the county, which has long been one of the hotbeds for drilling (Weld County on the Front Range is now the state’s production leader, by far). The study looked at potential environmental and personal health impacts in proposed gas drilling areas on Battlement Mesa in Garfield County.

The assessment concluded there were likely impacts on people from drilling-related air emissions, especially within a half-mile of well sites. They also found that the population would be adversely affected by dangers and stress from industrial traffic, and that there were possible health impacts from changes to the “normal way of life,” including sudden spikes in population in homes and schools, perceptions of living in an industrialized zone, and more.

The oil and gas studies serve as a primer in public health research, because Adgate and McKenzie are meticulous in pointing out both the solid conclusions and the remaining gaps to be filled by more research. For example, what the Garfield County study specifically did not do was put a cost or a public policy value on managing the risks they had pointed out.

McKenzie and Adgate say they were told by Garfield County to not consider the feasibility of the interventions the report listed.

“We got accused of overstepping,” Adgate said. “The goalposts were moved.”

“It became clear that the oil and gas industry was expecting complete vindication, and citizen opponents of drilling were expecting it would support a total ban on drilling,” Adgate said. “So, no one was happy.”

While political turmoil resulted in Garfield County, the researchers learned valuable lessons and received national attention that led to funding for more work. Adgate was invited to present at a National Research Council forum on shale gas risks and governance. McKenzie communicated research findings in expert testimony to the U.S. House of Representatives Committee on Natural Resources’ Subcommittee on Energy.

ColoradoSPH startup funds to the Department of Environmental and Occupational Health supported a study published in 2014, using existing data sources such as birth records to look for any connections between birth outcomes and proximity to oil and gas development.

As the researchers describe it, it’s neither a correlation paper nor a causation paper, but an “odds” paper—the study found that children with congenital heart defects were more likely to be born to a mother who was living in the densest areas of oil and gas development. What the paper did not try to say is why—there could be a number of factors about moms living near oil and gas wells that are different than other groups of moms, including rate of smoking, age, socio-economic status, and more.

McKenzie calls her next paper an environmental justice paper that found home values were lower closer to wells, and that people living closest to the development hadn’t been informed of any potential health risks. The paper concluded that 378,000 Coloradans live within a mile of at least one oil or gas well.

While that paper did not stir as much controversy as their earlier work, two papers in 2017 did.

A workshop two years earlier had brought together researchers, industry, and health department officials to talk about what was known on emissions of benzene and cancer risk. McKenzie sought funding from the University of Colorado Cancer Center at CU Anschutz to cull through existing data in the state cancer registry.

McKenzie and her team found that children diagnosed with leukemia were about four times more likely to be living in the highest-density oil and gas developments of Colorado. The Colorado Department of Public Health and Environment (CDPHE) cast doubt on the study’s significance, citing the small sample size and other issues. Advocacy groups again turned to the study as a good argument for a drilling ban.

A second paper that year had a timely landing: A home explosion from an improperly capped branch line in Firestone, Colorado, killed two people, right when the research team was preparing to publish a study comparing accident rates in Utah and Colorado. The study found a major gap in accident rate reporting between the two states.

And most recently, in a pilot study of 97 people in Fort Collins, Greeley and Windsor, the researchers found that those who lived in areas of more intense oil and gas development showed early signs of cardiovascular disease (CVD), including higher blood pressure, changes in the stiffness of blood vessels, and markers of inflammation.

Discussing research and its implications

Adgate remembers losing sleep before the first of the series of papers landed in 2012, but has since become used to the ritual controversies.

“I think we’re doing the best science that we can around this, and we’re doing our studies and writing them for peer review, making it as rigorous as we can given the data we have,” he said. “We publish so people can talk about our results and critique them—that’s the way the scientific process works.”

The researchers have changed a few things along the way. They help write the press releases that accompany their work, to launch results with the most accurate claims. They speak at scientific venues and, when invited, to communities and government representatives, but not to industry forums or advocacy meetings, or protests on the State Capitol lawn.

“We believe that is important to communicate our results to regulators and community members and engage in discussion on the implications of our results,” McKenzie said.

Other public health schools in fracking states would do well to expand on the Colorado research, said Pitt’s Goldstein, “because they’ve been a leader.”