The intersection of science, philosophy and community with Diana Jaramillo 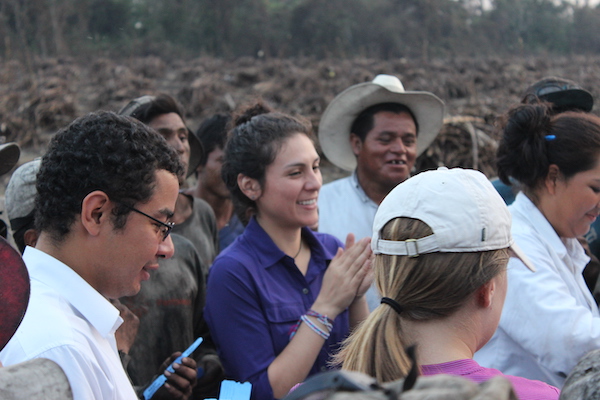 Diana Jaramillo’s parents immigrated from Cusco, Peru to the United States when she was 14 years old. Looking for a new life with better opportunities, her parents relocated their family to Florida. “It's hard being uprooted at a very young age and not really knowing the culture, not really fitting in, not even speaking the language,” says Diana. “I think those are all things that you have to overcome. Every immigrant story is complex and comes with many difficulties, as well as many achievements.” 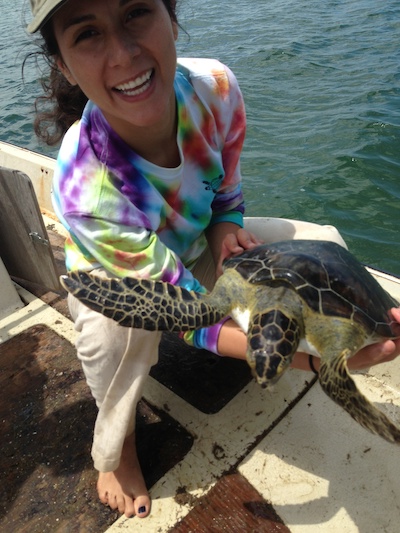 After graduating high school, Diana spent two years at a local community college before studying biology at the University of Central Florida in Orlando. Her whole life, Diana had been intrigued by the natural world, plants and aquatic ecosystems especially. Always interested in the “whys” behind life, and more specifically behind science, Diana added a philosophy minor to her biology major as a way to explore science from its roots.

For her first job after graduating, Diana worked on a research project biomonitoring marine turtles. She tracked the mating patterns of loggerhead, leatherback, and green turtles on the Florida coast. Unsure of where she wanted to take her career, Diana applied to a research program with Archbold Biological Station in Buck Island Ranch, Florida.

This would be the genesis of Diana’s public health practice. She joined the AgroEcology lab where she researched the impact of invasive species on native plant ecosystems within agricultural settings. “The work being done at the Ranch aims to preserve fragile ecosystems in a sustainable way where both humans and the environment can thrive.”

Diana’s team worked with ranchers to find better ways to manage the agroecosystem such that it would protect the ecosystems as well as provide ecosystem services to the ranchers.

It was in the wetlands of central Florida where Diana met one of her mentors in the scientific field. “My advisor, Betsy Boughton, was not the typical scientist,” says Diana. “She was a hands-on scientist, doing the work. It was powerful for me to see a strong woman working in roles not often seen in science.”

“It was then that I realized how my studies of philosophy had an impact on science,” says Diana. “You have data and facts, but you then must consider how humans can actually make an impact. Nothing can be done unless you have humans involved.” 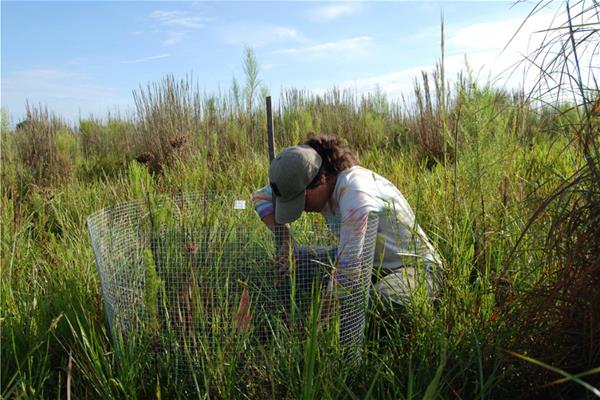 For this one-year program, Diana worked with the Forestry Department and the Urban Forestry Department educating landowners on how to prevent chemical runoff in the land and rivers. As was the case for her work with ranchers in Florida, Diana worked intently to appeal to the thought patterns that influenced how individuals treated the environment. Understanding the motives and logic behind their actions was necessary to influence behavior change.

“It was a lot of community education and involvement,” says Diana. “It marked a period of my life where I was trying to balance my love for environmental science and for working with people.”

Following the program in Vermont, Diana decided to pursue a Master’s in Public Health.

After missing her very first class on her first day at the Colorado School of Public Health, Diana visited the professor whose class she was absent for to apologize—little did she know she would leave that office visit with a job.

After listening to Diana's apology, Dr. Lee Newman, Director of the Center for Health, Work & Environment (CHWE), asked to hear her story. Seeing how her passion for the natural environment was intertwined with her care for people, most specifically workers, Lee offered Diana a job on the spot.

CHWE was in the budding stages of a relationship with Pantaleon, one of Latin America’s largest agribusinesses. Diana joined Lyndsay Krisher and Dr. Jaime Butler-Dawson on CHWE’s International Total Worker Health® (TWH) team as they began to research Chronic Kidney Disease of Unknown Origin (CKDu) in Pantaleon’s sugarcane workers. Her language skills, fieldwork expertise, and passion for community intervention, specifically with migrant workers, perfectly equipped her for the job.

Diana continued this work after completing her MPH and has spent the last four years traveling to Pantaleon sugarcane facilities in Guatemala, Nicaragua, and Mexico, performing field research, training leaders in the company on TWH, and implementing other intervention programs to protect and promote worker health.

"Working with the Center and Pantaleon, I have seen first-hand the impact we can have as public health professionals, putting research into practice and helping improve the health of workers,” says Diana. 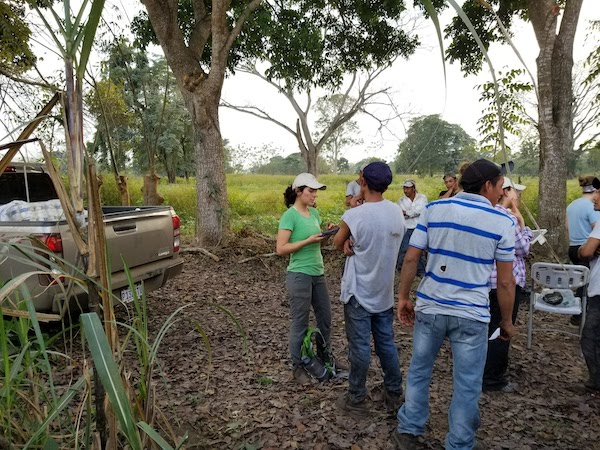 Born out of the CHWE’s work with Pantaleon, the International TWH team has formed a new collaborative effort, the Initiative for Climate Resilient Workplaces, Workers, and their Communities (CReW). An interdisciplinary group of researchers and public health practitioners, including Dr. Kathy James, CReW’s mission is to play a proactive role in identifying and promoting climate-resilient workplaces, workforces, and communities.

This emphasis on climate change, environmental health, worker and community health, and asking the big “why and how” questions behind scientific research is where Diana’s passion lies. She thinks of her work at CHWE as the space holding all of these things together.

Diana hopes to continue exploring the intersection of science, philosophy, and community and broadening the field’s approach to all peoples. “Being Hispanic, I never had role models that looked like me in my career,” she says. "Science is not always as approachable as it should be. I think we can do better to make it more approachable not only for the general public but for specific groups of people who may not know it exists as a path for them.”