Miranda Dally gets down with data 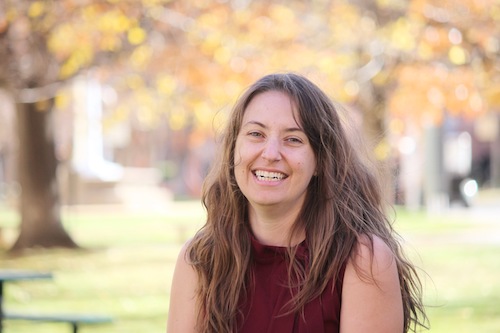 The drive through the Salinas Valley is nothing if not quintessentially Californian. The highway is tightly edged by uniform, hypnotizing rows of produce—strawberries, artichokes, and lettuce. The harvest season feels as never-ending as the fields themselves, with workers in long sleeves to protect them from the sun, bent over gathering crops year-round.

Miranda Dally, a rare Bay Area native, knows this valley well. To her, the idea of a worker is not a desk dweller enclosed in the four walls of an office. Raised in a community of traditionally blue-collar employees, Dally considers the worker to be someone who does a risky job.

“My dad worked for the same tire service company for a long, long time,” says Dally. “I saw what unsafe work environments can do to people and having experienced that first-hand with family members, I’ve always wanted to do something about it.”

Dally is neither a doctor nor a lawyer. As a first-generation college graduate, she was raised with the expectation that she would go to college but was not entirely sure what college could offer. She never anticipated that her journey in academics would lead her down the path of becoming a biostatistician, research instructor, and DrPH candidate working in international occupational and environmental health.

“I thought you went to college to either become a doctor or a lawyer, so I had a massive wake-up call because I almost failed chemistry,” recalls Dally. “That quickly took doctor off the table.”

Dally studied at the University of California Berkley and, since law classes did not appeal to her either, she reached the point of needing to declare a major. Her prerequisites set her up for only one possibility, statistics. As an elective for applied statistics, Dally took a course in public health.

“I didn't even know what public health was,” she says, “but that course really opened my eyes to the understanding that you can impact health via many different routes outside of just medicine.”

Dally completed her undergraduate studies in 2009 just as the nation was crumbling under the financial crisis. So, on the day of her last college final, she swiftly accepted her first job. “I worked for Northrop Grumman on a Department of Defense contract as an operations data manager,” says Dally. “Essentially, I analyzed extremely large datasets, pulling requests from different people within the DoD.”

Commuting daily to Monterey became a work stressor of its own and Dally searched for roles closer to home, leading her to a statistician position at the University of California San Francisco (UCSF).

“Not that long after I began working at UCSF, an opportunity came up with a group in the global health department,” says Dally. “They needed someone to help manage data for a consortium of AIDS researchers in Africa.” This new position further opened Dally’s eye to the roles data scientists could play in not just medicine, but global public health issues.

As her interest in public health grew, Dally decided to apply and was accepted into the Master’s in Public Health (MPH) program at the Colorado School of Public Health. But she was not quite ready to part with data analytics. “In my first year, I took all of the different biostatics requirements I could for the MPH program,” says Dally. “I got to the point where I needed to start taking all of the other classes. I soon transferred to the MS program and got my degree in biostatistics.”

By way of the Diabetes Intervention Evaluation Program (DIEP), Dally joined the Center for Health, Work & Environment (CHWE) as a graduate research assistant. “After DIEP, I was tasked to help work on the Health Risk Calculator, analyzing data from Pinnacol Assurance that looked at how personal risk factors impacted injury rates and severity,” says Dally. “We took the findings from that study and created the Health Risk Calculator. That was really my first experience understanding what public health practice was. Taking research and developing a tool that then could allow employers to improve employee health.”

For the last seven years, Dally has faithfully analyzed data for the majority of CHWE’s research projects, patiently explaining her models to the team as she helps them see new relationships in the data they collect, primarily on research projects that are part of the Total Worker Health Center of Excellence.

“I’ve gotten to a point where I’ve started to diverge away from having the analysis be the only thing that interests me,” reflects Dally. “It's not so much the thrill of running an analysis or discovering a new method and applying it. I've become more interested in the research questions, the bigger picture, and how we can impact worker health.”

Dally’s enthusiasm for climate change has most recently gotten to coincide in her work life through CHWE’s Climate, Work & Health Initiative. The interdisciplinary group’s mission is to play a proactive role in identifying 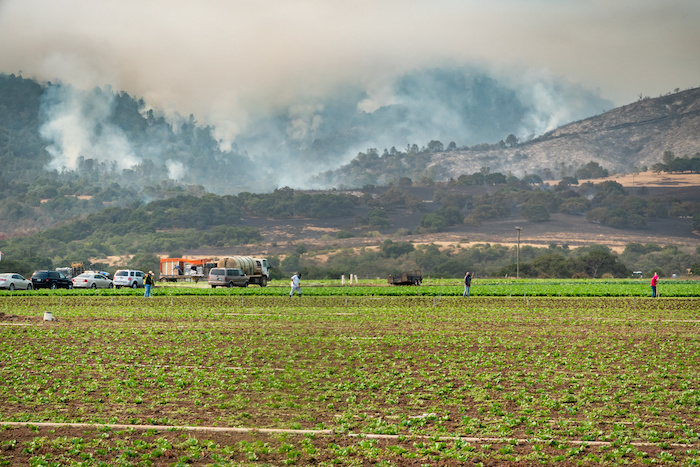 and promoting climate-resilient workplaces, workforces, and communities. Again, Dally’s Californian origin informs her here. Climate change and the increasing severity of wildfires hit close to home for her, literally. One of the recent wildfires in California wiped out the community of Coffey Park in Dally’s hometown.


“My high school friends and their families lost their homes in the Tubbs Fire. Seeing the pictures of agricultural workers still having to work out in those smokey conditions ignited my interest in protecting workers from climate change. I've seen it first-hand, and it impacts people that I know. It's not some abstract thing that will happen in the future for me.” says Dally.

“I actually can see what climate change does to communities, but I can also see the resilience that it brings to communities,” says Dally. She concerns herself with answering the question of how to get communities to work together to address climate issues impacting them before disasters happen. In her work with CWHI, Dally sees her goal as “providing workplaces and their communities with the tools they need to analyze the data that will help them address their questions. What statistical methods and data can we use to answer the questions that they're interested in so that we can protect the health, safety, and well-being of workers facing climate change.”

On top of her work with CHWE and CWHI, Dally has one of two projects funded through CHWE’s recent renewal as Center of Excellence in Total Worker Health® (supported by the National Institute for Occupational Safety and Health at the Centers for Disease Control and Prevention). In her independent work, she focuses on typical traumatic injuries that send people home from work and make it harder for them to return. “I’m interested in identifying the data sources and statistical methods that we need to address those and understand those complex relationships.”

Dally has decided to pursue a DrPH to formalize her understanding and foundation of environmental and occupational health. “I want to have the skill to take what we're learning from the data and apply it to real-world practice. For me, it's about finding where I fit in that transdisciplinary team, being able to leverage the skills that I have to answer questions that are important so that we can then develop needed interventions and disseminate them.”