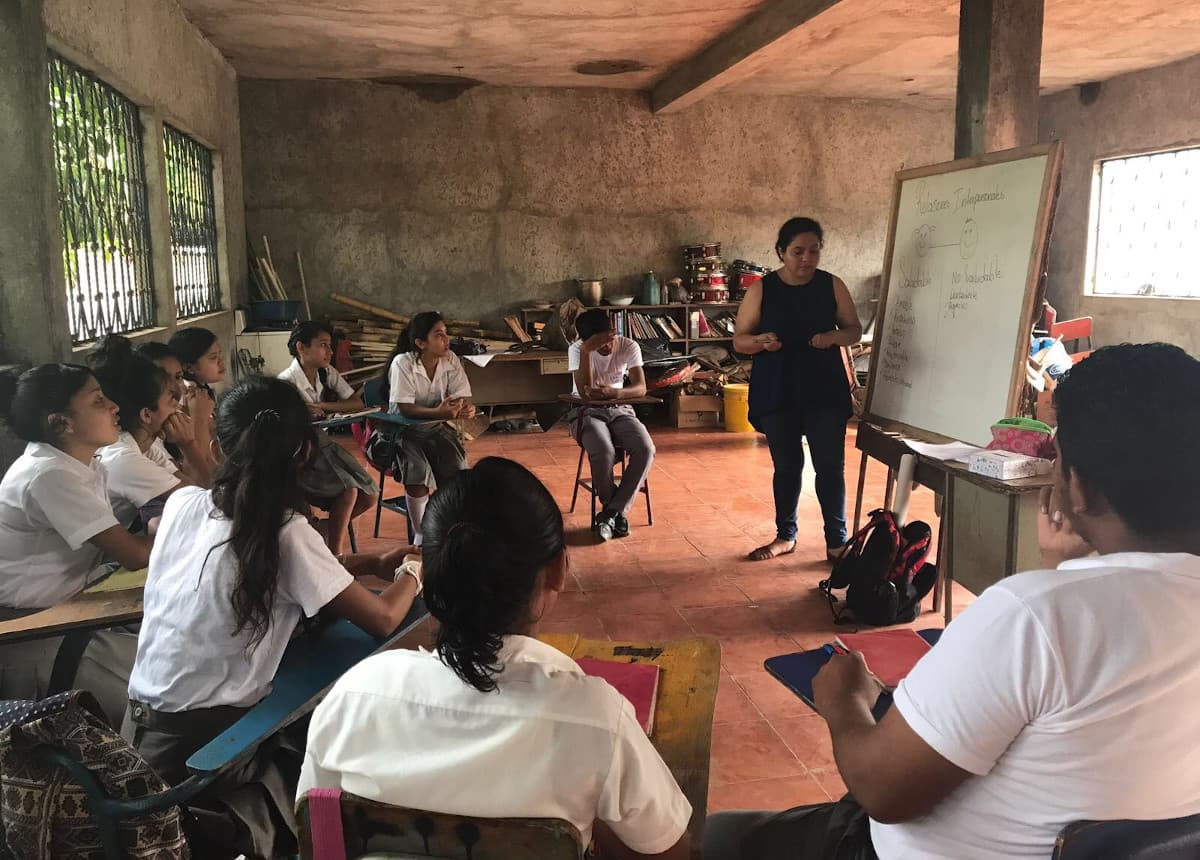 I live in Guatemala, where almost 50% of all children under five suffer from malnutrition, and poverty, but I was fortunate to attend a private school in the capital city. Even at my school they only taught us four classes on sexual health from grades 6-8 and the rest was left to our parents and imagination. These lessons were not only short, but they lacked depth and were imparted by conservative volunteers that distanced themselves from the reality of modern teen messages and sexuality. Their teachings scared students away from sex, and did little to foster healthy relationships, values or skills.

Historically, Guatemala is a very traditional, religious and conservative country where sex education is taboo. Many believe this type of education should come only from the family unit, and not from the government or schools. Furthermore, by condemning sex before marriage and bashing any contraceptive methods, it corners teens to fend for themselves at an age when they are uninformed and vulnerable. Now add to that the struggles of teens in poor areas, where the family unit is suffering from the ills of food insecurity, poor education and a “macho” culture that infuses little respect and value for women. It is a recipe for having one of the countries with the highest rates of teen pregnancy on the continent.

In 2015, I was part of a group of high school students from Guatemala City who volunteered to administer the Global School-based Health Survey in 7 schools in the southwest Trifinio region. Out of that survey, we learned that one out of three teens in this impoverished area began having sex before age 18, and furthermore, their knowledge of reproductive health was basic.

As a result, the Center for Global Health at the Colorado School of Public Health, found a program that could be adapted to our conservative culture and transform the situation at these schools. The Big Decisions program is a 10-lesson curriculum geared to teach adolescents about the importance of being informed before making their “big decisions” in life. Claudia Luna-Asturias, LGSW, Adjunct Faculty, Physician Assistant Program and Clinical Instructor in the Department of Pediatrics, School of Medicine, University of Colorado Anschutz Medical Campus, is a social worker from Guatemala who has been leading the effort.

“The longer you wait to have sex the safer you will be as you will potentially be making a more mature and informed decision," she said. "While the program teaches abstinence as a good choice, it also takes a holistic approach teaching teens how to properly protect themselves with contraceptives if they decide to have sex.”


Teens who have sex need to:

Public schools in the rural area of Guatemala do not teach sex education despite the subject being required in their academic curriculum. Teachers are usually not trained or have access to didactic material on this subject.   Fortunately, schools do recognize the need to impart sexual and reproductive health education, as they are cognizant of the rise of early and unprotected sex, followed by teen pregnancy. Since the adaptation of Big Decisions was rolled-out at five local high schools early this year, it is now covering 430 students ages 12 to 18, and the community and its leaders welcome it.

The program is not only about sex, as it includes activities on self-esteem/image and how girls and boys can communicate respectfully about their relationships. It is empowering girls to say “no,” and boys to respect women’s voices and choices.

Another highly controversial topic tackled by the Big Decisions program is sexual orientation and the importance of being respectful to everyone’s differences and needs. So far, the students have been very polite and well-mannered, considering this issue is highly controversial in religious and conservative communities. There have been no complaints from parents but this may be because parents don’t always know what “exactly” is going on in class because one of the “rules of the game” in the classroom is… “What happens in class, stays in class” to protect the privacy of the students.

Though it is still early to quantify the effect of the program on teen pregnancy in this community, the goal is that every youngster in these communities becomes well informed about choices and knowing more about how to be reproductively healthy. The first year of the program so far has been a success, feedback from surveys and focus groups have revealed that the implementation of the adapted Big Decisions program changed students’ knowledge and attitudes about condom use and empowered girls in their communication of preferences.