Advocates and lawmakers gather at the Capitol to talk public health 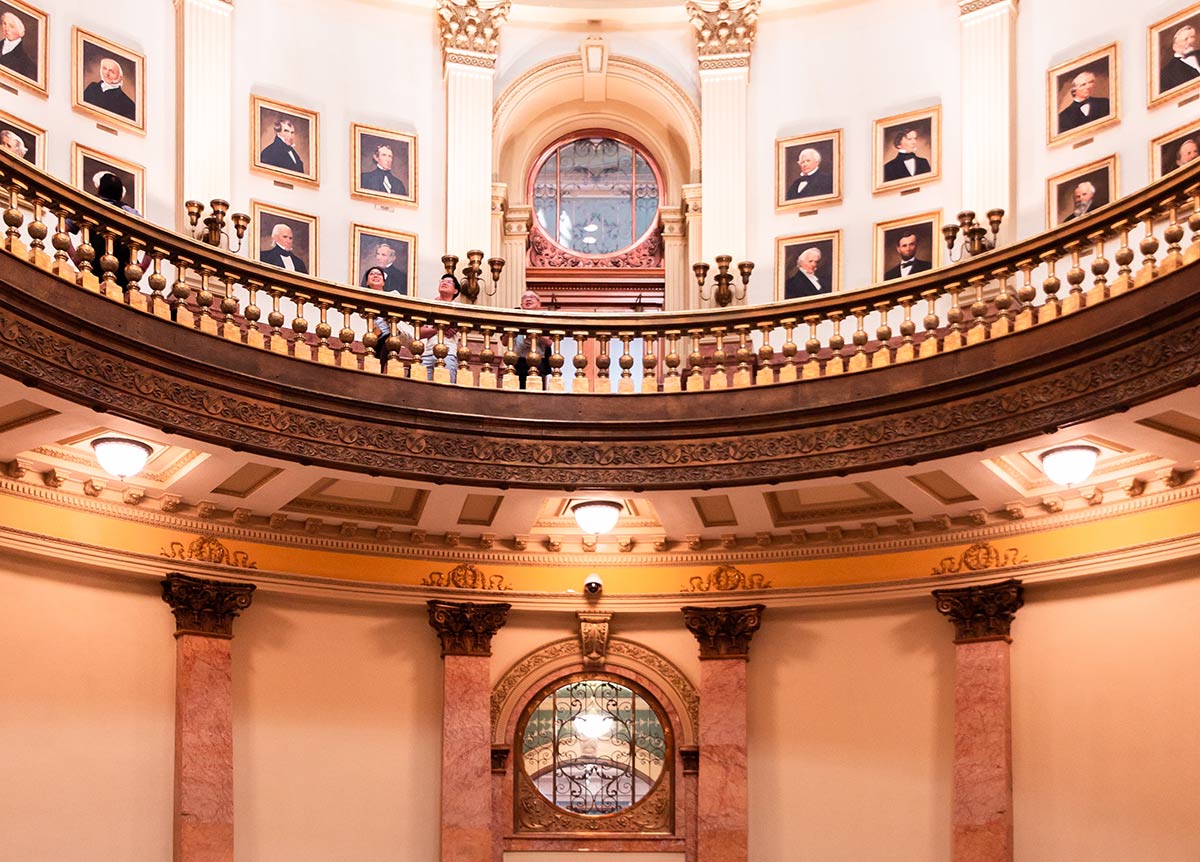 On February 12, students, faculty, and staff from the Colorado School of Public Health joined members of the general public and representatives from the Colorado Public Health Association (CPHA) under the rotunda for Public Health Day at the Capitol. The annual event, co-sponsored by ColoradoSPH and CPHA, provides opportunities for public health supporters to learn how to advocate for bills, meet their legislators, and see the law-making process in action.

“Policy isn’t just a bunch of fixed laws and rules—it’s a living and constantly changing process,” said Assistant Professor Katie Dickinson.  Her Environmental and Occupational Health Policy and Practice class attended the event as a field trip. As a part of their experience, students watched a debate on the house floor and met with Rep. Sonya Jacquez-Lewis and Sen. Mike Foote. Senator Foote was one of the sponsors of a 2019 bill that established city and county regulatory authority over oil and gas activity to minimize negative health, welfare and environmental effects. Students got the chance to ask questions about all the factors that go into passing public health-related legislation.

“The legislators were really personable. I think we forget that politicians are people at the end of the day, and this was a great reminder of that,” said Kathy Pang, an MPH student in the Environmental and Occupational Health program. The lawmakers who spoke to the crowd that filled the Old Supreme Court Chamber emphasized this observation. Several of the day’s speakers talked about the importance of making a personal connection with a legislator when advocating for a bill or bringing an issue to their attention.

Rep. Perry Will made this evident when he spoke at length about a bill he is co-sponsoring that would to bring insurance coverage in line with current American Cancer Society guidelines. Under this bill, insurance companies would be required to cover preventive colorectal cancer screenings starting at age 45 instead of the current cutoff of 50. It also extends the definition of preventive colorectal cancer screenings to include any follow-up colonoscopies that may be necessary, procedures that currently can involve significant co-pays and deductibles. Rep. Will shared that he was completely unaware that the demographics of colorectal cancer diagnoses now trend younger and of how difficult it can be to get screenings covered until his cousin Andi Dwyer, a ColoradoSPH staff member and director of the Colorado Cancer Screening Program at the CU Cancer Center, spoke with him about it. Rep. Will indicated that the bill has bipartisan support and not much resistance from insurance companies, and he is hopeful it will pass.

In addition to learning generally about some of the public health bills on the legislative table this session, some students also came to the capitol ready to connect about specific issues they care about. Erin Girard, also an Environmental and Occupational Health MPH student, is interested in plastic pollution and how to increase Colorado’s recycling and composting rates. She got to talk to a legislative aide about why one of the bills she was interested in, which would have repealed a law that prohibits local governments from banning the use or sale of certain types of plastics, failed, but a bill that would ban polystyrene statewide is more likely to pass. “The bill that repealed the plastic preemption law would pose a problem to businesses because it would allow for individual counties and municipalities to pass their own plastic ban, but the statewide ban on polystyrene would create a uniform legislative landscape,” she explained. “This demonstrated to me that even if you support the sentiment behind a piece of legislation, you also have to consider the practical application of that policy.”

While legislators might have a sense of those practical applications, everyone who spoke acknowledged their own limitations and need to hear from constituent experts. That plea echoed the reason Dickinson brought her class to the capitol. “I wanted them to come away with a deeper understanding of what this process actually looks like, and most importantly, how easy it is for them to be a part of it.” That’s good news for Rep. Will. “Tell me what’s needed,” he asked the audience. “I don’t know what needs to be done unless you tell me.”