Scientist by day, DJ by night 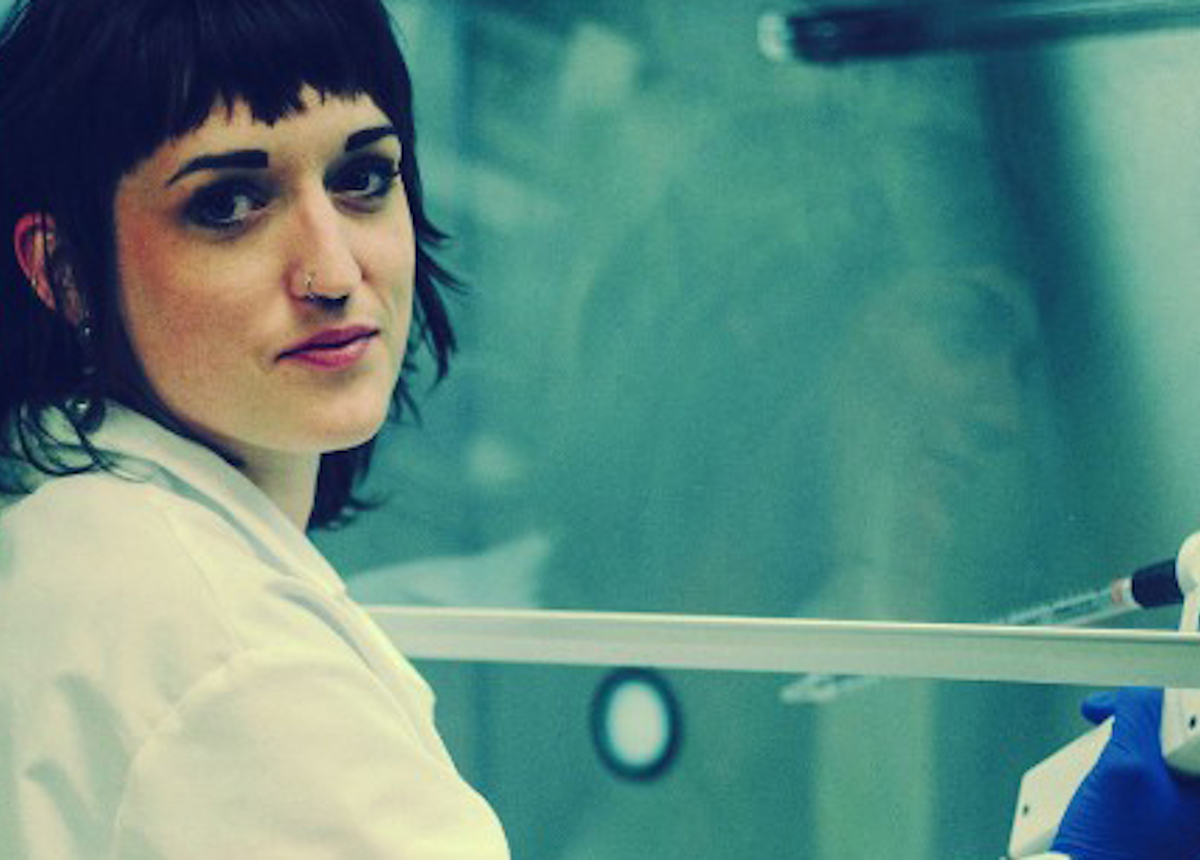 Dr. Anna Fagre, a veterinarian and microbiologist at Colorado State University, has studied salmonella in reptiles and diseases in polar bears. She is now investigating how bats transmit arboviruses like dengue fever, Zika and West Nile viruses.

In her spare time, she’s a musician and a disc jockey who goes by the name DJ Anna Claire.

Earlier this year, Fagre was named the recipient of the Robert E. Shope International Fellowship, the first veterinarian to receive this award since its inception in 2006. The fellowship provides $25,000 for international training opportunities in emerging diseases through the American Society of Tropical Medicine and Hygiene.

Fagre, who is pursuing a doctoral degree in microbiology, traveled with CSU Assistant Professor Rebekah Kading to Uganda in December 2019 for the first phase of her research project, which involves working with bats that feed on insects. They will collaborate with the Viral Special Pathogens team at the Centers for Disease Control and Prevention in Atlanta.

“My research interests have always been wildlife diseases, as they relate to public health,” Fagre said.

Fagre and the research team will study the travel patterns of bats, since scientists have no idea how far these creatures travel. They’ll pair what they discover with an acoustic library of bat calls to learn more about which bat species are present.

Next, they’ll delve into which bats are spreading or shedding viruses, to help identify risks for local people. The team will collect blood and saliva samples and will place tiny GPS trackers on the bats.

Fagre said researchers will also compare and contrast the dry and wet seasons in Uganda, to see if that influences the abundance and distribution of other arthropods – insects, ticks and mites – on the bats.

Fagre earned a master’s in public health and a doctorate in veterinary medicine through the Colorado School of Public Health/College of Veterinary Medicine and Biomedical Sciences dual degree program and has lived in Fort Collins since 2010. After finishing veterinary school, she completed a two-year microbiology residency at the university.

Dr. Christie Mayo, assistant professor in the Department of Microbiology, Immunology and Pathology who has served as an adviser to Fagre, described her as an “extremely organized burst of energy” and someone who can relate to almost every individual.

“She brings the aspects of her outside interests into lab meetings, team dynamics and scientific research,” Mayo said. “Her warmth and compassion for people is what makes her a strong leader. It’s difficult to describe the way she can walk into a room of complete strangers and start facilitating discussion.”

“Anna is passionate about science and making a meaningful impact to the field,” she said. “In science, we frequently come across roadblocks and hurdles to which we have to adjust and adapt to overcome. This process can be quite discouraging to early career scientists. Anna readily steps up to new challenges without hesitation, is not intimidated by difficult projects, and naturally takes the initiative to solve any issues that arise.”

Fagre has played music since she was a child, starting with piano. She subsequently picked up viola, trombone and guitar in elementary and middle school. In 2015, she began writing synthesizer-based music as half of the musical duo Sultan & Necromancer.

She performed in 2019 at a music festival in Brest, France, thanks to a musical partnership with Jean-Marc Le Droff, who she met in August 2018 in Fort Collins, when he was an artist-in-residence at the Music District, which is backed by the Bohemian Foundation.

Fagre has also worked as a DJ for First Friday parties at pubs and venues in Fort Collins, including The Whisk(e)y and Wolverine Farm Letter Press & Publick House.

Creating music and art is akin to designing a scientific experiment since they are iterative processes, she said.

“You have to keep an open mind and be flexible when something doesn’t work out,” Fagre said. “Sometimes you’ve been working on a song and you realize something doesn’t fit, so you have to go back to the drawing board and start over … and that’s okay. Failure is frequent in science, music, and art and it’s not a bad thing. It just helps you create a better and more authentic final product.”

Her interest in infectious disease research, including zoonotic disease transmission and ecology, developed while she was in veterinary school. She uses a One Health approach, recognizing that the health of people is connected to the health of animals and the environment.

While an undergraduate at Wartburg College in Waverly, Iowa, she majored in biology and studied abroad in Tanzania, where she worked with the Maasai people.

“That was the first time I saw how inextricably linked human health is with the health of livestock, and how it impacted the Maasai community,” she said. As a veterinary student, she  developed a bilateral student exchange program between the University of Nairobi and CSU and spent time in Kenya.

Dr. Sue VandeWoude, professor of comparative medicine and director of the CSU One Health Institute, said that Fagre is adventuresome, persistent and fearless.

“Anna is the type of person that will make things happen by sheer will – she does not take ‘no’ for an answer,” she said.

Fagre said that she appreciates the strong and powerful women at CSU who support her.

“They are also bad-ass scientists,” she said. “That’s why I haven’t left CSU yet,” she said with a smile.

Listen to her music via Bandcamp