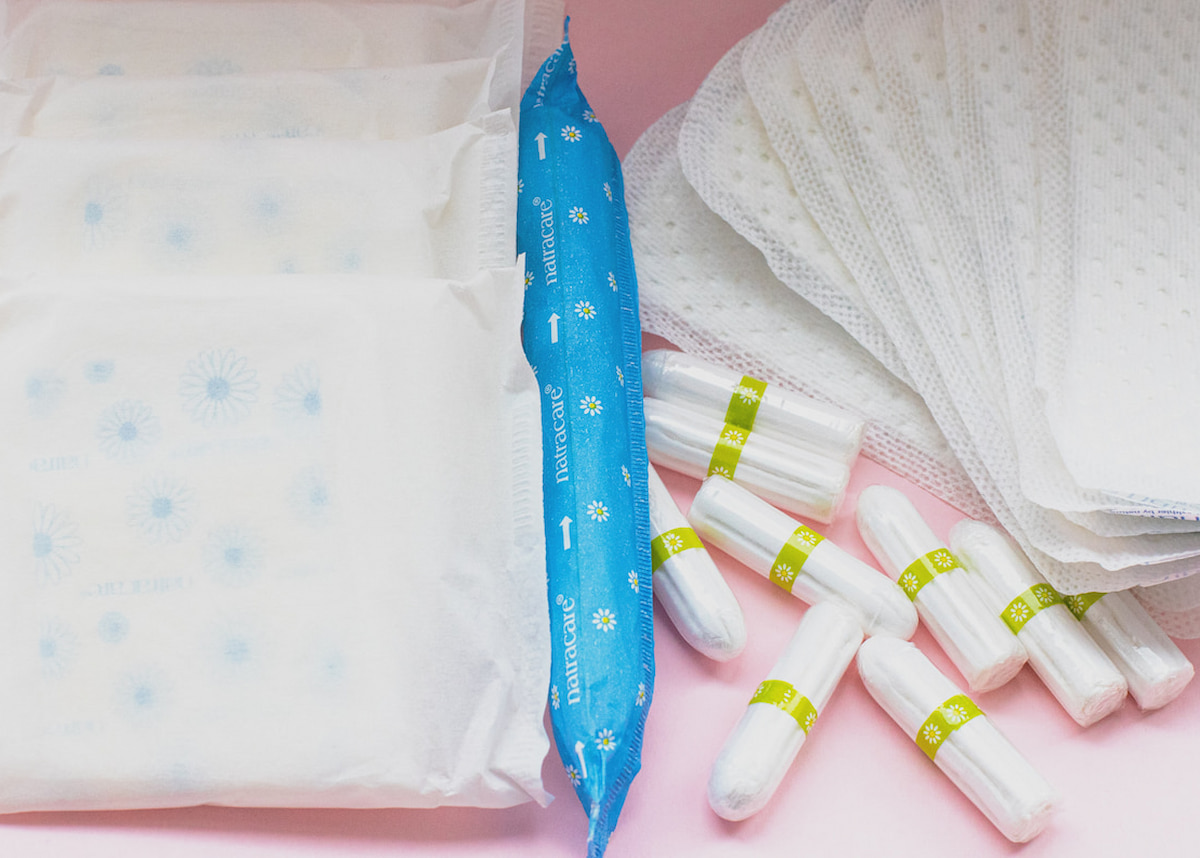 UNC senior Rosie Glaser realized there was a problem when she visited Colorado State University’s campus in Fort Collins. She saw something there that did not exist at UNC: free menstrual products in every all-gender restroom. Glaser then thought of a way she could influence change at UNC.

Project M.E. (which stands for “menstrual equity”) officially launched in November of 2020. Glaser began developing Project M.E. over a year ago, but her vision for what it might look like was much different back then. Her original focus was merely on pushing UNC to place free menstrual product dispensers in on-campus gender-neutral restrooms, similar to the ones at CSU. While that is no longer Glaser’s only goal, it is still a priority for Project M.E.“I thought that it was so frustrating to not have dispensers in all the gender-neutral bathrooms,” Glaser said. “That has been my biggest lens and priority, I feel like, throughout this project.”

Glaser is a certified peer educator at UNC’s Center for Peer Education. As a peer educator, she is linked with the National Association of Student Personnel Administrators, a student affairs organization with a presence at hundreds of universities across the country.

The scope of Project M.E. expanded when Glaser pitched her ideas for the project to members of NASPA as part of the association’s Peer Education Leadership Project, who then agreed to fund the project.

Throughout the Project M.E.’s existence, Glaser has collaborated with Grace Turner, the UNC Center for Peer Education’s prevention coordinator. Together, Glaser and Turner are conducting a survey-based research project that aims to assess barriers that UNC students face in accessing menstrual products, specifically in relation to the COVID-19 pandemic. While the study is focused on conditions that have developed within the past year, Glaser says that some sort of research like this was part of her vision for Project M.E. from day one.

“That has always been the initial intention,” Glaser said. “It’s essentially trying to prove that this is a need on our campus.”

Turner agrees with Glaser’s view that the survey is integral to Project M.E.’s mission in that it proves the necessity of the project’s existence.“

When Rosie brought the idea of Project M.E. to the table, I was completely invested but wanted to know if we had a ‘why’ for this project,” Turner said. “The data collected through this project helps CPE and other campus partners better understand the need for increased access to menstrual products on campus.”

Glaser says the pandemic made the difficulty many people have in accessing menstrual products even more clear to her. As toilet paper became sold-out at grocery stores across the country, so did menstrual pads and tampons.

All that is required to order a M.E. pack is to be a UNC student, fill out an online form linked on Project M.E.’s Instagram page, and not order more than one per month.

Once the orders are placed, Glaser puts the packs together based on which specific products the student requested. If the student lives on-campus and requests to have their order delivered, Glaser drops the pack off at the front desk of the student’s dorm. For all other orders, she leaves them to be picked up at the Center for Women’s and Gender Equity.

While figuring out how to package and deliver M.E. packs in a safe way during the pandemic initially presented a significant roadblock for Glaser, she eventually figured out a way to do so on her own. All M.E. packs are packaged and delivered only by Glaser, thus minimizing in-person contact as much as possible.

While Glaser’s primary role in fulfilling M.E. pack orders has been beneficial during the pandemic, she says that she hopes she will not be the only one working on these orders in the fall semester. She plans on attending the Colorado School of Public Health’s graduate program on UNC’s campus, so she will still be available to help run the project. Still, her long-term goals extend beyond herself.“

My hope is to really be a little bit more hands-off and find a more sustainable way for this program to run outside of any individual person,” Glaser said.

Glaser has had a primary role, not just in the M.E. pack initiative, but in Project M.E. as a whole. While she is assisted by Turner, members of the Center for Women’s and Gender Equity, and Student Leaf grant coordinator Emmy Scott, Glaser still serves as the main student organizer of the entire project.“

Rosie was the mastermind of this project,” Turner said. “She had been thinking about this project for a while.”

Recently, Project M.E. secured a major victory when UNC officials agreed to fully fund the conversion of all existing menstrual product dispensers from a coin-operated model to a free one. Glaser says she hopes to implement this change across campus within the next year.

As for the project’s other goals for the next year, Glaser is still advocating for her original goal from over a year ago to place free menstrual product dispensers in all on-campus all-gender restrooms.

Glaser’s advocacy does not just include material changes to the campus. She also aims to change the way people view menstruation in general.“

There’s no shame in accessing these free products,” Glaser said.