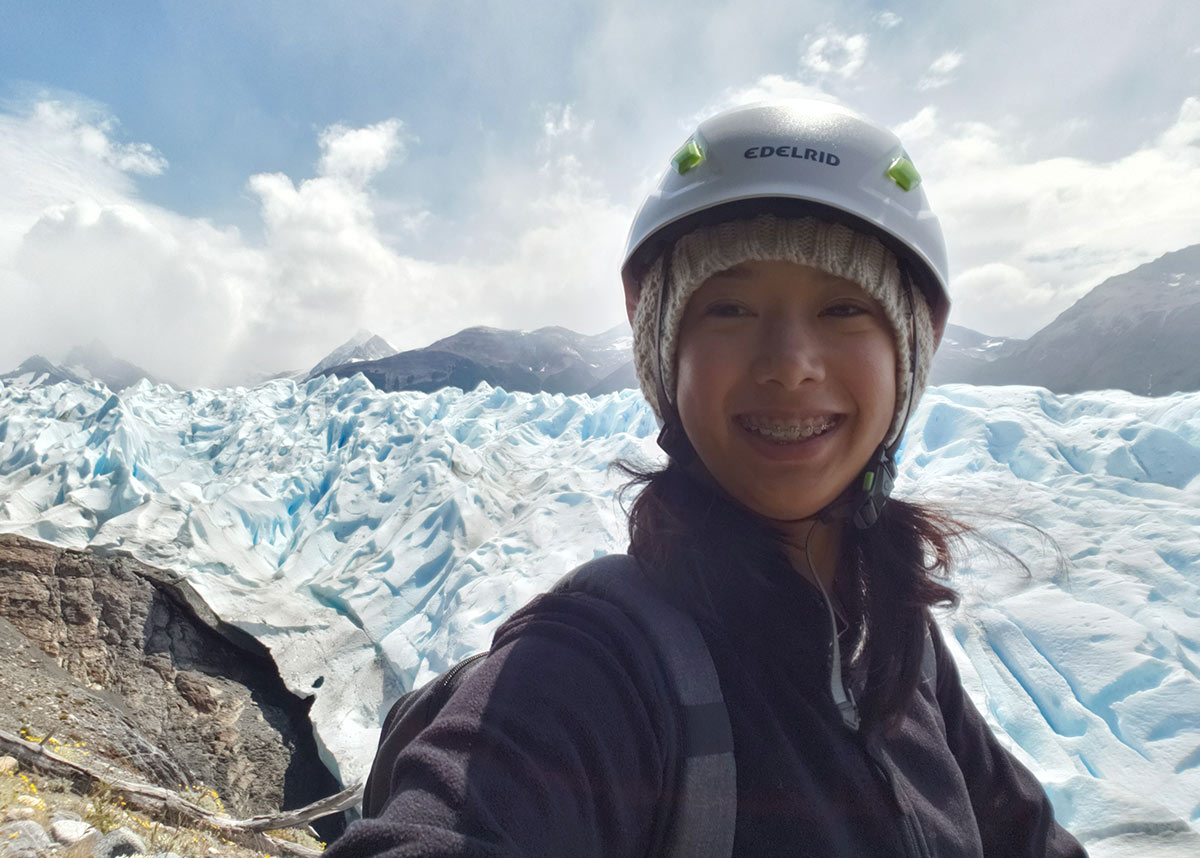 Over several years, June Homdayjanakul traveled tens of thousands of miles and explored many cultures, only to return to the community in which she grew up—Aurora. But coming full circle doesn’t mean she is standing still, much less moving backward. Far from it.

Homdayjanakul, a student in the Doctor of Public Health (DrPH) program at the Colorado School of Public Health on the CU Anschutz Medical Campus, built her early career investigating and learning about infectious diseases with the World Health Organization and the Naval Health Research Center in San Diego. She worked in far-flung locales, including Thailand, Peru, Sierra Leone, and northern Australia. She was in the field during outbreaks of Middle East Respiratory Syndrome (MERS) and illness caused by the Zika virus.

But in deciding to pursue her DrPH degree, Homdayjanakul determined the best place to do so was at ColoradoSPH on the CU Anschutz Medical Campus, a relative stone’s throw from the public schools she attended. Homdayjanakul is a graduate of Hinkley High School in northeast Aurora. The move also brought her close once again to Aurora’s Asian American and Pacific Islander (AAPI) community. Homdayjanakul’s parents were Thai.

“I wanted to go back to school and to my roots in Colorado,” Homdayjanakul said. “I saw it as a place of opportunity to shape what kind of program I would belong to.”

Homdayjanakul played an important role in shaping the response to racism and violence that scarred the late spring and summer of 2020 and continued into 2021. For her work in helping to prod ColoradoSPH toward greater equity, diversity, and inclusion, she recently received the school’s award for Outstanding Contribution by a Student on the CU Anschutz Medical Campus. It’s the second time she has received the award—the previous time being 2016, after her 2015 graduation from ColoradoSPH’s Master of Public Health program on the Colorado State University campus.

Like many others, Homdayjanakul was spurred to fight for social justice and equity after George Floyd was murdered in 2020. But her efforts predated that incident and the protests that followed. She is a longstanding member of ColoradoSPH’s Inclusive Excellence Committee. In addition, Homdayjanakul serves as the student representative for the Department of Community & Behavioral Health’s Anti-Racism and Equity Committee, one of five representing each of ColoradoSPH’s five departments.

Homodayjanakul’s commitment to fighting racism, as well as promoting equity, diversity, and inclusion, is also personal. She has experienced anti-Asian discrimination. The inflammatory rhetoric and violence against Asians spawned by the COVID-19 pandemic heightened her concern. She saw her committee work as an opportunity to advocate for change in her department and across ColoradoSPH.

“There was a gap in support for students of color in general and specifically for the AAPI community,” Homdayjanakul said.

She was especially frustrated by the fact that those in the AAPI school and campus community had no way to connect with one another. Homdayjanakul took it on herself to personally reach out to “every Asian person [I] saw on a Zoom call”—a labor-intensive exercise in community building. She brought the issue to the committees, along with the idea of formally creating “affinity groups,” which she described as a way to bring together people who share identities.

Homdayjanakul got the group, which now includes individuals from across the CU Anschutz Medical Campus, up and running and she briefed the Inclusive Excellence Committee on how she did it.

“We drop titles and connect as people to talk about our identities and the traumas we face,” Homdayjanakul said. “I hope that others will lead other affinity groups.”

Following the March 2021 shootings at spas in Atlanta that left eight people dead, including six women of the AAPI community, Homdayjanakul joined in anti-hate and violence events and rallies on campus and at the state capitol.

The turmoil and trauma that spanned the 10 months between the murders in Minneapolis and Atlanta spurred a shift in Homdayjanakul’s thinking about her career in public health. She is still focused on studying infectious disease, but after years of working in the global arena, she’s also turned her sights to the streets and neighborhoods near the CU Anschutz campus.

“I came into my program expecting to work on global health and emerging infectious disease, but I also came back to school because I want to learn more about community involvement,” Homdayjanakul said. “Injustice, racism, and violence have catalyzed me to shift my focus and priorities to the community that raised me.”

Homdayjanakul is particularly interested in finding ways to build and promote health equity in underserved communities. She is working to address that, in part, by “disaggregating” health data in the AAPI community. That means splitting the information from the enormous AAPI bucket to the more than 50 separate ethnicities and nationalities that comprise it.

“We are currently lumped into one huge group,” Homdayjanakul said. The health data includes third-generation members of the community, the recently immigrated, refugees, and many others, she added.

“This work is countering the monolith that Asians and Asian-Americans are being presented as. That is a need in the community right now. I can build on the momentum in terms of health equity, starting with how data is collected about the community.”