Improving the Safety of Our Food: Building capacity to investigate and respond to foodborne outbreaks 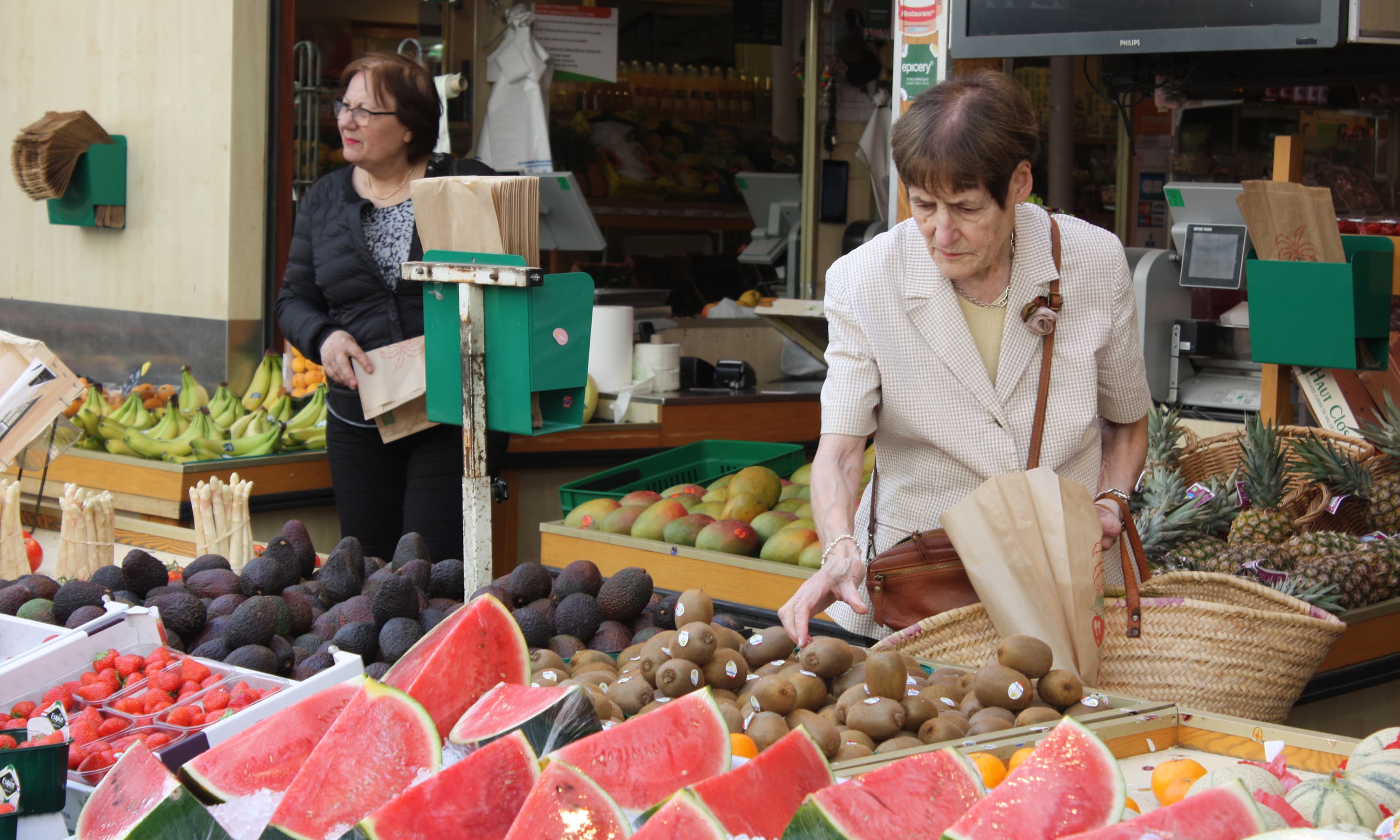 It is sometimes difficult to find rays of hope in a public health crisis like a listeria outbreak in Colorado, until the outbreak is solved and contained through the joint efforts of local and national public health experts. In 2011, a bacterium contaminated cantaloupes grown on a farm in the southeastern part of the state and wreaked havoc, eventually killing 33 people and sickening about 150 others across the nation. It was the deadliest foodborne illness outbreak in the United States since 1924. The crisis helped to heighten awareness of the constant vigilance required to protect the food supply in the state and nation.

Soon after the first reports of people falling ill and signs pointing to Colorado cantaloupe as the culprit, the Colorado Department of Public Health and Environment (CDPHE) began trying to understand how the cantaloupe became contaminated. CDPHE epidemiologist Alicia Cronquist turned to Elaine Scallan, PhD, associate professor in ColoradoSPH’s Department of Epidemiology at the CU Anschutz Medical Campus for help finding an expert in cantaloupe production. Scallan, in turn, reached out to Marisa Bunning, PhD, a food safety expert who is an associate professor for ColoradoSPH at Colorado State University (CSU) and in CSU’s College of Health and Human Nutrition. Then Bunning pulled in Mike Bartolo, a horticultural expert with CSU’s agriculture extension office in Rocky Ford, Colorado, the heart of cantaloupe country. The fundamental question: How could the outbreak have occurred?

Bartolo provided a crash course covering cantaloupe production, including typical growing habitat, how growers pack and ship the fruit in Colorado, and other vital details. His agricultural expertise gave public health professionals a better understanding of the cantaloupe industry in Colorado.

“It was a moment in time when public health and epidemiology needed agricultural production information,” Bunning recalled.

Eventually, the contamination was traced back to a farm in Holly, Colorado, where investigators found evidence that the melons likely were contaminated in the farm’s packing house because of dirty water on the floor and old, hard-to-clean equipment.

The call from the CDPHE did more than help with the Listeria outbreak investigation; it also laid the groundwork for the development of an important resource for Colorado and ColoradoSPH. In January 2011, President Barack Obama had signed into law the Food Safety Modernization Act. It created new rules to protect the nation’s food supply by directing states to build their capacity to respond quickly to foodborne illness outbreaks and develop preventive measures. In addition, the Centers for Disease Control and Prevention (CDC) announced its intention to form six regional Integrated Food Safety Centers of Excellence that would focus on improving food safety by increasing educational resources and providing additional public health training.

In 2012, the Colorado Integrated Food Safety Center of Excellence (CoE)—a partnership between ColoradoSPH at CU Anschutz, CSU and the CDPHE—became one of the six CDC designees, with responsibility for an 11-state region running through the West from Montana to Texas.

“As a land grant university, CSU could bring information about food production to the table,” Bunning said, in a format that could be readily accessible to public health professionals. Colorado was well situated to meet the requirements for a CoE, Scallan added.

First, the CDC wanted its safety centers to have partnerships between public health departments and academic centers—an ingredient ColoradoSPH and the University of Colorado Anschutz Medical Campus provide. Added to that, “The CDPHE has a strong reputation for responding to outbreaks, and CSU has long had a focus on food safety,” CoE co-director Scallan said. “We have a hotbed of people with expertise.”

Education, professional support, and teamwork have been major pillars of the CoE mission since its inception. One early example: Bunning and Scallan worked with James Peth, a ColoradoSPH public health PhD candidate at CSU, who developed the Food Source Information Wiki, an interactive online site for public health professionals interested in learning how various foods are grown and produced, as well as researching reported disease outbreaks and food recalls.

For students, the CoE emphasizes interactive education as an important supplement to didactic work. “Public health work is incredibly practice-based,” said Rachel Jervis, MPH, an epidemiologist with CDPHE and co-director of the CoE. “You can’t learn everything in the classroom.”

To address that, the CoE runs annual outbreak response training exercises on the CSU and CU Anschutz campuses. ColoradoSPH students get a scenario based on a real-life foodborne illness outbreak, then work with partners to respond to it, including conducting interviews with other students playing the roles of people being interviewed as part of the outbreak response.

The case interview training was very important, said Leslee Warren, MPH, a ColoradoSPH graduate who is now an epidemiologist with the Tri-County Health Department (serving Adams, Arapahoe and Douglas counties).

“It was one of the most practical things I participated in,” Warren said. “One of the biggest challenges is being comfortable and being confident in asking questions.” An interviewer must often glean sensitive information, she explained, including health-protected details, demographics, and addresses.

“You learn how to establish rapport and work through individual challenges with people. It’s hard to just jump into it,” Warren said.

Students also get real-world experience during outbreaks, said Jervis, who ticked off recent examples of E. coli detected at a sandwich shop and salmonella found in ground beef. She sends out emails requesting students to work four-hour shifts for phone interviews and to sit in on conference calls with public health officials responding to the outbreak.

Warren, who moved on to a stint as an interim epidemiologist with the CoE at CDPHE after working as a graduate student assistant, said the networking opportunities afforded by the CoE aided her career development.

“Communicating and meeting with all aspects of public health—state, federal, and professional organizations—was invaluable,” she said.

The CoE provides resources and support for established public health officials, many of whom work in sprawling rural areas. Tiffany Greenlee, MPH, for example, who graduated from the ColoradoSPH program at CSU, is the sole epidemiologist for the Wyoming Department of Health. The state covers close to 100,000 square miles but has fewer than 600,000 residents. Greenlee is responsible for all interviews for foodborne disease cases.

On one occasion, CoE sent staff to Wyoming to help Greenlee train environmental health specialists on interviewing skills. She said she often calls on the CoE for help with questions about cases she encounters.

“If I have an interesting outbreak I can call them and say, ‘Hey, have you encountered this before? What did you do? Are there any resources?’ They have been great at helping connect me with other peers.”

The live learning series looked at what colleagues in other states do to investigate and respond to food-borne illness outbreaks, Greenlee said. “Since no two outbreaks are the same, this training was beneficial for me because I learned how other states approach outbreak investigation through applicable examples and made connections with them for the future.”

Scallan said such opportunities are one example of how “people working on food-borne illness are more connected now. Six years ago, someone in a public health department looking for resources didn’t find a lot out there.”

The connections continue to grow, she added. “We have the capacity and infrastructure to do more,” she said, pointing to work the CoE is doing with colleagues on the CSU campus to better understand how veterinarians are using antibiotics in animals and how we can work together to mitigate the rise of antimicrobial resistant pathogen—an important threat to human health.

Jervis said the CoE is also working to strengthen ties between epidemiologists and laboratory professionals who are interested in using whole genome sequencing technology to more precisely identify how outbreak-causing bacteria are related. For her part, Warren credits ColoradoSPH and the CoE for building her confidence to move forward into these and other new areas of learning.

“The CoE provided unique training and opportunities for me to hone my skills,” she said. “It was hands down the best foundation for me as a brand-new public health professional.”