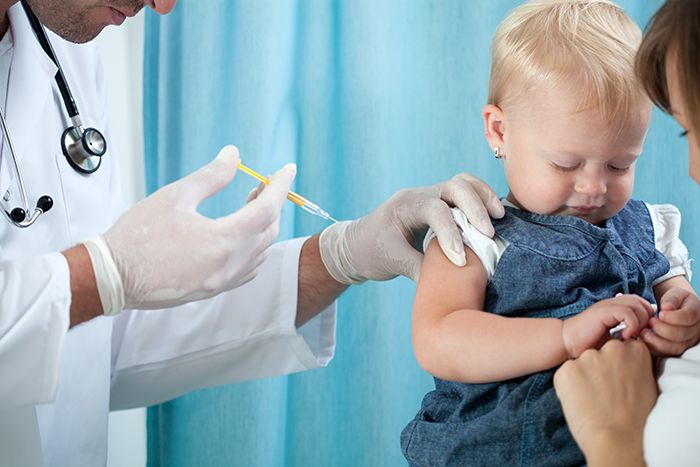 Senate legislators and Gov. Jared Polis better pray measles doesn’t come to Colorado the way it has to California, Washington and New York.

After weeks of hard work and compromise by committed legislators, public health officials, scientists and concerned parents, House Bill 1312 was ready for discussion on the Senate floor.

Suddenly, politics came into play, and a measure that could have closed the gap between immunized and unimmunized children while preserving parental choice was killed.

Colorado’s rapidly falling vaccination rates are leaving risky clusters of unvaccinated people who will likely be the catalyst for the next epidemic.

As a pediatrician and professor at the CU School of Medicine and the Colorado School of Public Health, I along many colleagues, spent hours testifying in favor of this important step to protect our public health.

Rep. Kyle Mullica, a brave freshman legislator and an emergency nurse, along with Sens. Julie Gonzales and Kevin Priola, worked tirelessly to ensure the bill had consensus and respected reasonable requests by parents and legislators concerned with vaccine safety.

I have seen up close how children with measles suffer numerous complications including pneumonia and death. I have watched young babies gasp for air after the whoop of pertussis. And it’s because of this, that I hope my deepest fears about this increasing population of unimmunized people do not come true.

But I know the calculus by parents who welcome those infections in a misguided attempt to bestow natural immunity is predictably wrong.

In Europe, increasing doubts about vaccines has led to more than 80,000 cases of measles last year and 72 deaths. Over the past four months, we are well on our way to a thousand cases in the U.S.

The legislation that died due to the politics of convenience preserved the doctors and practitioners’ ability to authorize exemptions if a medical condition precluded the vaccination of a child.

And it only asked that parents who hold religious or personal beliefs against vaccines to make a small effort, complete a form, and turn it in personally or online to public health authorities. No different than the effort made by hundreds of thousands of Colorado parents who must show their vaccine certificate at school before their kids enter the classrooms.

Vaccines are the best medicine we have to prevent these serious infections that can otherwise cause avoidable harm to our children and cost millions in health care dollars.

Playing with the democratic process the way the Senate leadership has done by leaving behind this critical bill without a final debate is the reason confidence in our institutions is plummeting.

The legislature and the governor should be guided by the scientific evidence and not the earnest, but mistaken views of parents opposed to this needed public health measure.

They have all made a commitment to safeguard the public health of all Coloradans. That means protecting our communities from disease by ensuring that parents get their children vaccinated so others end up protected.

The decision to protect ourselves against public health threats doesn’t belong solely to the individual parent or the governor. It belongs to all of us. They have now made a gamble, let’s just hope they don’t end up on the wrong side of the dice.

But if they favor reason over luck, going back to the drawing board and doing what’s right for our communities may be their only chance.