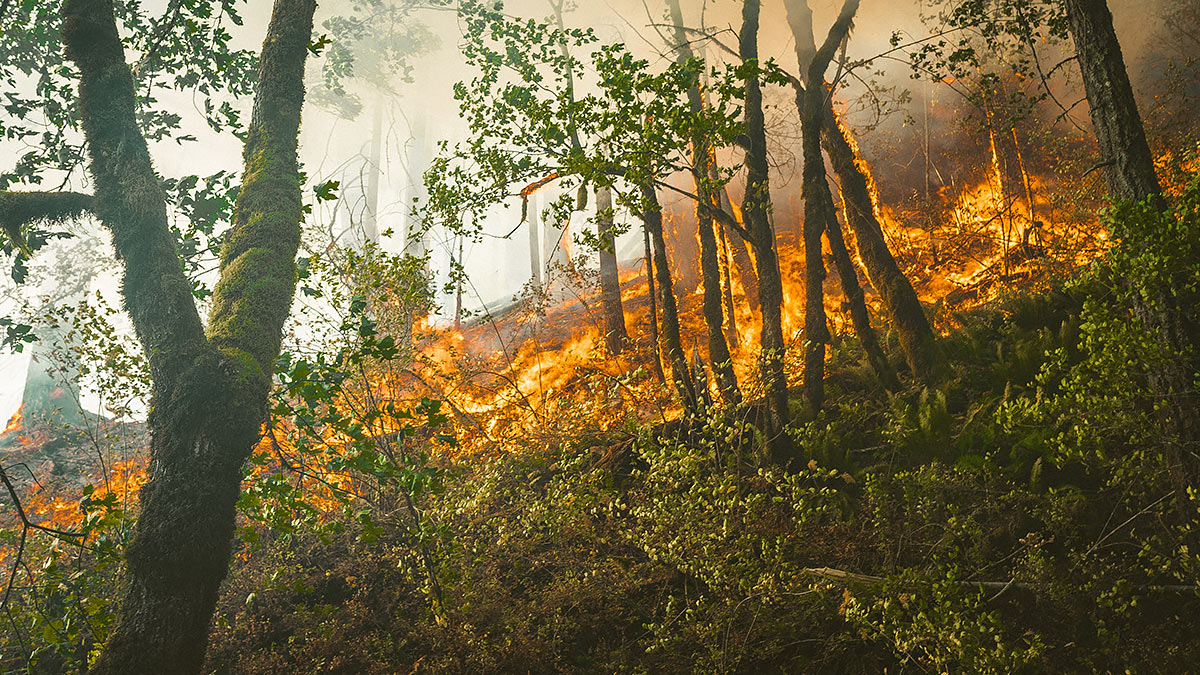 Immediate actions are needed to limit the greenhouse gas emissions that are driving climate change that helps fuel wildfires, and ultimately affects human physical and psychological health according to a new report published in the New England Journal of Medicine.

The special report, led by Professor Yuming Guo and Dr. Shanshan Li from the Monash School of Public Health and Preventative Medicine in Australia, and co-authored by Dr. Jonathan Samet, dean of the Colorado School of Public Health, and others worldwide, summarizes the enormous impacts of climate change on wildfire seasons and the consequent increased morbidity, mortality, and mental health impacts.

The report, which analyzed numerous studies on wildfires over the past 20 years, says global climate change is upping the three essential conditions for wildfires—fuel, oxygen and an ignition source. The world is seeing inconsistent rainfall, increased drought and hotter temperatures, leading to more flammable vegetation.

The fires come with consequences for health—both physical health and mental health. The state has experienced visibly high levels of air pollution for weeks from the smoke.

"This summer in Colorado exemplifies the theme of our article: record heat and fires combined with drought. The fires come with consequences for health—both physical health and mental health. The state has experienced visibly high levels of air pollution for weeks from the smoke,” said Jonathan Samet, MD, MS, dean and professor at the Colorado School of Public Health. “Our message is clear—long-run action is needed to mitigate the consequences of climate change.

The published report indicates that the global mean carbon dioxide (CO2) emissions from wildfires accounted for about 22% of the carbon emissions from burning fossil fuels between 1997-2016. The inconsistent approach to global forest management and the conversion of tropical savannas and grasslands to agricultural lands is damaging the world’s ability to absorb CO2 and cool the climate.

The authors’ projections suggest that if high greenhouse gas emissions continue, wildfire exposure could substantially increase to over 74% of the global land mass by the end of the 21st century.

However, if immediate climate mitigation efforts are taken to limit the global mean temperature increase to 35.6°F/2.0˚C or 34.7°F/1.5˚C, corresponding 60% and 80% respective increases in wildfire exposure could be avoided, the report says.

The report says the devastating health impacts are illustrated by several large and – in some cases – unprecedented recent wildfires. These include the 2019-2020 Australian wildfires, the 2019 and 2020 Amazon fires in Brazil, the 2018 and 2020 wildfires in the western U.S., the 2017-2018 wildfires in British Columbia, Canada, and the ongoing record-breaking wildfires on the U.S. West Coast and in Colorado.

Along with the increased eye irritation, corneal abrasions, and respiratory impacts of the smoke, the psychological effects are serious with post-traumatic stress disorder (PTSD), depression, and insomnia being common consequences. The psychological consequences of wildfire events can persist for years, with children and adolescents particularly vulnerable.

A 20-year study on adults exposed to an Australian bushfire disaster as children in 1983 found an increase in psychiatric morbidity in adulthood, with wildfire events associated with subsequent reductions in children’s academic performance.

The report says the current exchange between wildfires and climate change is likely to form a reinforcing feedback loop, making wildfires and their health consequences increasingly severe, unless we can come together to reduce greenhouse gas emissions.