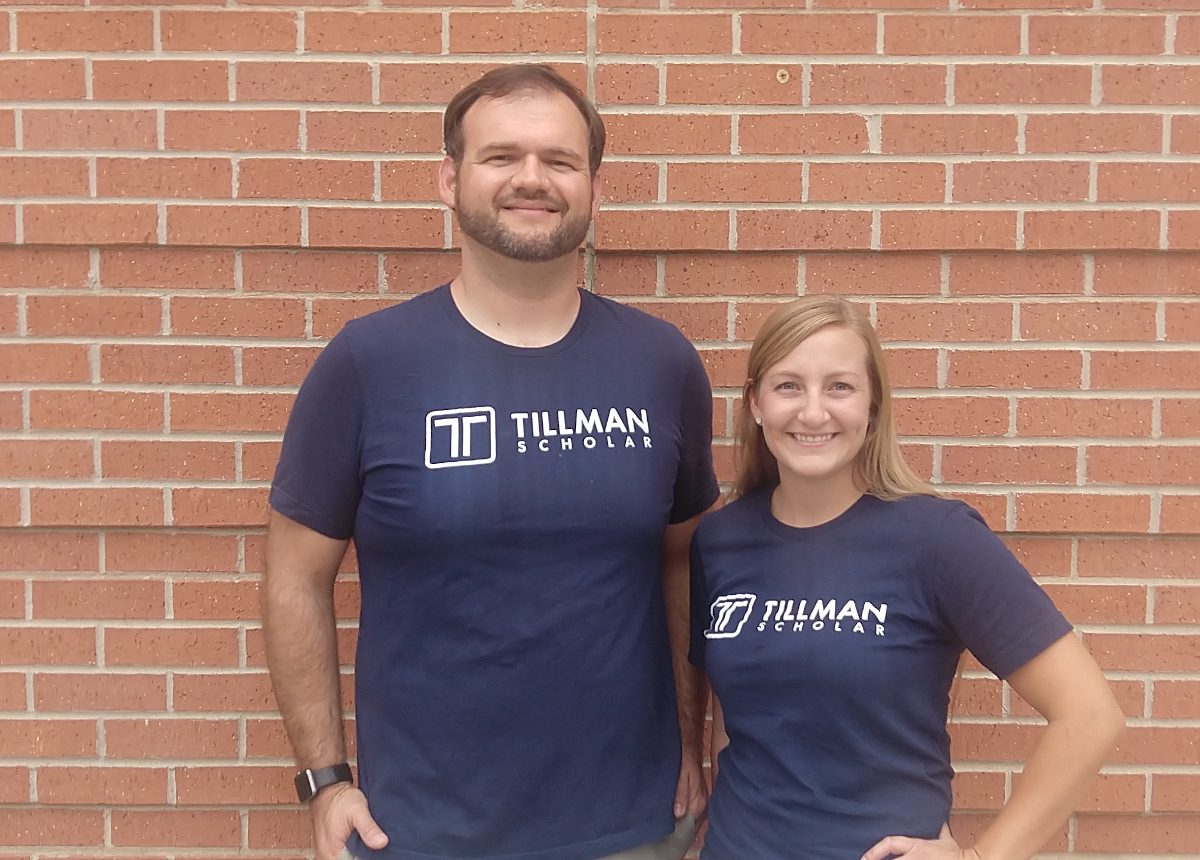 When a group of students approached Career Services at the Colorado School of Public Health last fall with an idea for a peer mentoring program, none of them realized the impact it would have on one of the participants in its very first year.

As a first year MPH student at CU Anschutz, Jessica Stubblefield joined the mentorship program looking for someone who wasn’t so far removed from their first year of school that they had forgotten what students go through. Her life revolves around being a student, and she wanted to find connections that would serve that part of her identity. That’s the goal, according to Katie Brumfield, administrator of the program. She says it’s about creating community and getting students plugged in to and involved in campus life more quickly. Typically, students are matched based on their concentration, but Stubblefield had something else in mind. She requested to be matched with a fellow veteran.

Fortunately, there was one other veteran among the 50 students participating in the pilot program. Carl LoFaro had completed one year of MPH coursework and recently transitioned to the DrPH program. LoFaro had become accustomed to serving as a mentor in the Army, where he was steeped in a culture that emphasized teaching what you know to the soldiers behind you. He filled out his application to be a mentor the first day it was available, and also indicated that he would be interested in working with a fellow veteran.

The military has had a continued presence in LoFaro’s life even after he left the Army. He’s interested in veterans who are involved in the criminal justice system in some way, and he does suicide prevention research at the VA’s Rocky Mountain hospital’s Mental Illness Research, Education, and Clinical Center for Suicide Prevention. In 2018, he was also named a Tillman Scholar—an award given to student veterans who demonstrate leadership, service, and the potential to have an impact beyond their own work. The scholarship is named for Pat Tillman, a former NFL player who placed his career on hold to enlist in the Army following September 11.  He never returned to football, and was killed in Afghanistan in 2004.  Pat’s friends and family established the Pat Tillman foundation four years later to support veterans, active service members and their spouses.  Only 60 students each year, roughly 2.5 percent of all national applicants, are honored with the scholarship, which provides a leadership institute, financial support, and a vast network of other veterans who are effecting change in their communities.  When LoFaro met Stubblefield, he was struck by her natural leadership ability, confidence, and plan for combatting human trafficking. He quickly realized that she was the exact person that the program looks for.

Stubblefield jumped at the opportunity to apply, asking her mentor to help make sure her application highlighted all of the impressive things she had done and planned to do. “I never would have applied if it wasn’t for him,” she says. “Reading through some of the scholar profiles, you’re like ‘People are changing history’, and I didn’t feel like I had changed history. But things I would dismiss as just doing my job, he found value in those.”

He wasn’t the only one. When the Tillman Foundation called Stubblefield to tell her that she had been selected as a member of the 2019 Scholar cohort, LoFaro was on the line to welcome her into the organization. “They were really excited about both what topic she was studying, as well as her character and impact as a leader in the Marines, so it was really exciting to hear that and to hear her on the other end of the call,” LoFaro remembers.

In addition to the network and community of driven veterans that Stubblefield and LoFaro are now a part of, they continue to work closely with each other. “I feel like the relationship is a two-way street,” LoFaro says. “She’s been in my corner, too, and I think that’s important and has been unexpected. We’ve been able to work together to build something great.”

Stubblefield is continuing to apply their shared passion for mentoring relationships, both by acting as a peer mentor for ColoradoSPH herself this year, as well as serving as the president of the newly created CU Anschutz chapter of Student Veterans of America, an organization she worked to bring to campus with LoFaro’s support.

“She’s going to be a mentor in the fall, which I think is fantastic. I think that the school overall will benefit from it,” LoFaro says of his mentee. Stubblefield has nothing but praise in return. “He’s fantastic, and everyone that he’s connected to holds him in high regard, so I feel very, very fortunate to have met him through the pilot peer mentorship program.

ColoradoSPH students who are interested in participating in the peer mentoring program should visit the website.  The deadline to apply is September 6, 2019.