From the clinic to the Hill: Lee Newman’s 30-year fight to protect workers from a toxic metal 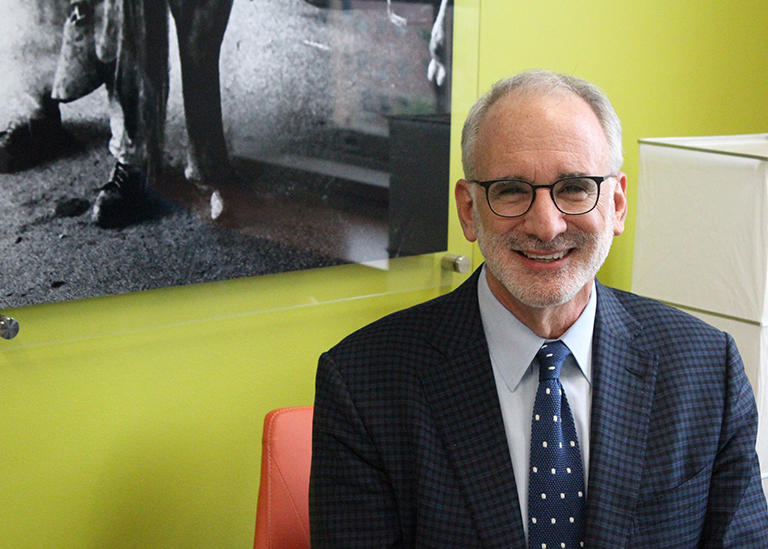 In spring 1985, a man we’ll call Tom checked in for a seemingly routine medical appointment. In hindsight, Tom’s visit proved to be a pivotal moment in the lives of the patient, his doctor, U.S. industry, policymakers, and more than a million workers.

Tom was seeking an explanation and treatment for his persistent shortness of breath and a hacking cough. He sought the advice of a specialist-in-training, a young pulmonary physician who would one day be recognized as the world’s leading expert on the toxic metal that damaged Tom’s lungs — Dr. Lee Newman.

Lee examined Tom, asking him about his health and, importantly, about his work. He was already suspicious that Tom might have a work-related lung disease. “At first he wouldn’t tell me what he was exposed to on the job. He told me it was classified,” said Lee. “Tom was working at Rocky Flats, a U.S. Department of Energy site outside Golden, Colorado, machining metal parts used in the manufacture of nuclear weapons. When I asked him if he used the metal beryllium, his eyes popped. He nodded ‘yes.’”

It was a watershed moment, leading to a large-scale research study of Rocky Flats workers and, over the next three decades, studies of more than 50 other worksites across the country and abroad. The studies converged on the same two conclusions: Tom and Lee had exposed an international epidemic of CBD in nearly every business that generated beryllium dust and fumes. And the disease was occurring at levels of exposure more than 100 times below the protective limit set by the Occupational Safety and Health Administration (OSHA).

In the decade after his first visit with Lee, Tom came in more frequently as his symptoms grew worse. Medicine slowed the disease but could not stop it. In Tom’s final years, he gradually reached the point when he could not work, was tied to an oxygen tank, and could barely climb a set of stairs.

“When I first started out as a pulmonary medicine physician, I saw hundreds of patients — like Tom — who were exposed to beryllium and suffered as a result,” said Lee. “And they weren’t just working at nuclear weapons plants. Patients came from aerospace, aircraft alloys, weapons manufacturing,

Lee and his team conducted research that proved the extent of the problem, developed better screening tests, characterized the types and dose of exposures in workplaces, identified genetic risk factors, and studied both the progression of the disease and new treatments. The broad conclusion was that it would be better to prevent exposure in the first place, rather than expect to come up with a ‘cure.’

“That’s when I started pushing for policy changes that would require industry to protect workers,” Lee recalls. “I can remember the week in early January 1999 when it occurred to me that we didn’t need any more research to know that workers were not being adequately protected. That February, I wrote to OSHA and urged them to issue an emergency federal standard to protect beryllium workers.”

OSHA politely declined. It wasn’t until Lee, a public citizen watchdog group, and a major labor union approached OSHA again in 2002 that the agency agreed to start the process of writing a new protective rule. Lee and his colleagues continued to build the scientific evidence for a tougher regulatory standard that would keep workers safe. They published more than 100 papers in peer-reviewed journals, wrote letters to journals, and spoke to workers, industry, labor groups, the press, and the public about the issue.

The pace of OSHA regulation can be glacial. Between 2002 and 2016, scientists, medical societies, industry representatives, and labor groups called for an OSHA standard for beryllium that reflected sound science, and pushed to speed up the process. With perseverance, it worked.

In January 2017, OSHA issued a final rule that set the permissible exposure level for beryllium at levels close to what Lee and his colleagues had been recommending for decades. Following a delay of several months, the first federal standard to protect beryllium workers went into effect in May 2017.

“This OSHA standard was long overdue, but is a huge step. It’s a credit to the hundreds of workers like Tom who participated in research, the scientific and medical community, industry, labor, and policymakers,” said Newman. “While there still may be efforts to undercut the new standard through lawsuits and exemptions for certain industrial sectors, the new rule is already being implemented, and it will save lives.”

This is an excerpt from the Center for Health, Work & Environment’s 2016–2017 Annual Report. Read the full report here.