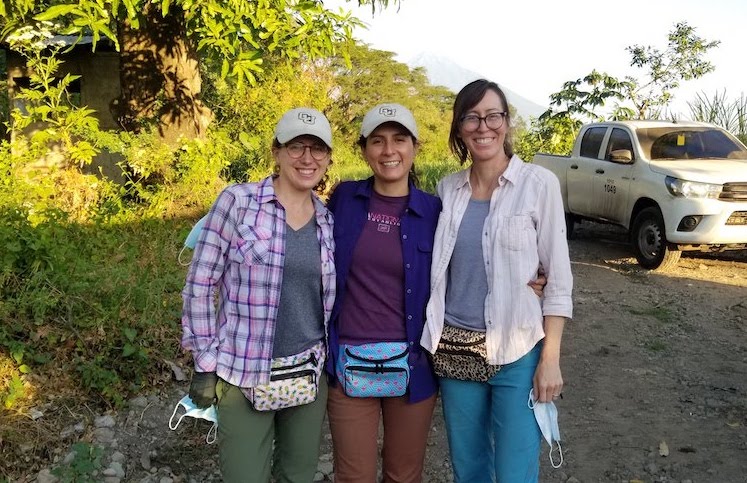 Researchers from the Center for Health, Work & Environment (CHWE) at the Colorado School of Public Health (ColoradoSPH) have completed their first year of data collection for two research grants with agricultural workers in rural Guatemala.

The research grants entail three research projects that will span across the next three to five years.

These studies are done in collaboration with Colorado State University and Pantaleon, one of the largest agribusinesses in Latin America. CHWE has partnered with Pantaleon since 2016 on projects evaluating and addressing health, safety, and well-being of the company’s 18,000+ employees. 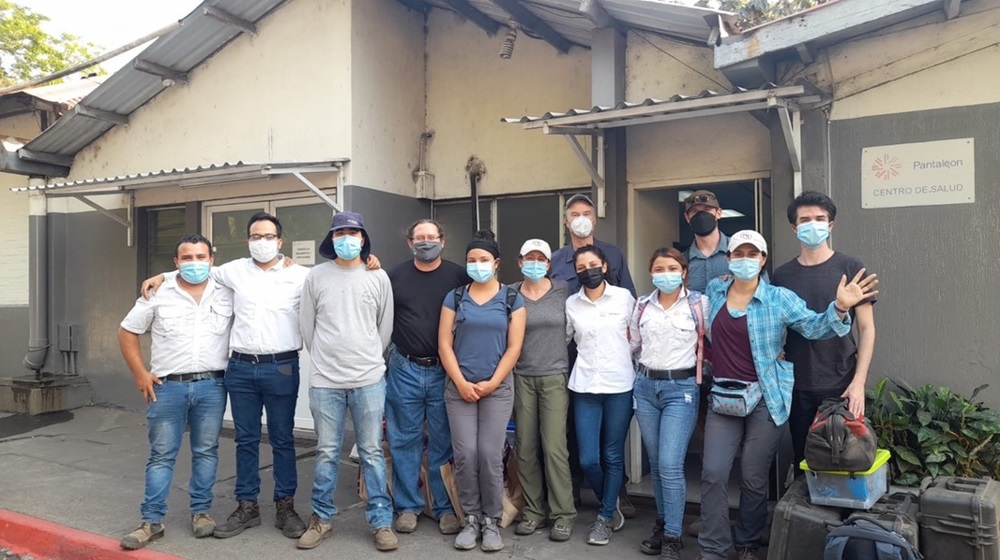 The first study, funded by a $3 million five-year grant from the National Institutes of Health (NIH), is studying the effects of air pollution and climate on the kidney health of male sugarcane workers in Guatemala. The researchers are working to identify how air pollutants contribute to chronic kidney disease of unknown origin (CKDu), a growing international epidemic. This research is led by Principle Investigators (PIs) Drs Lee Newman, John Adgate, and Josh Schaeffer.

Sugarcane can be harvested through mechanized harvesting as well as manual cutting, where workers burn the fields prior to cutting the cane manually. The workers who participated in these studies entered the fields soon after they were burned to manually cut cane. The researchers used personal air exposure devices to understand what contaminants are in the particulate matter from the personal air samples (such as metals, silica, and glyphosate). 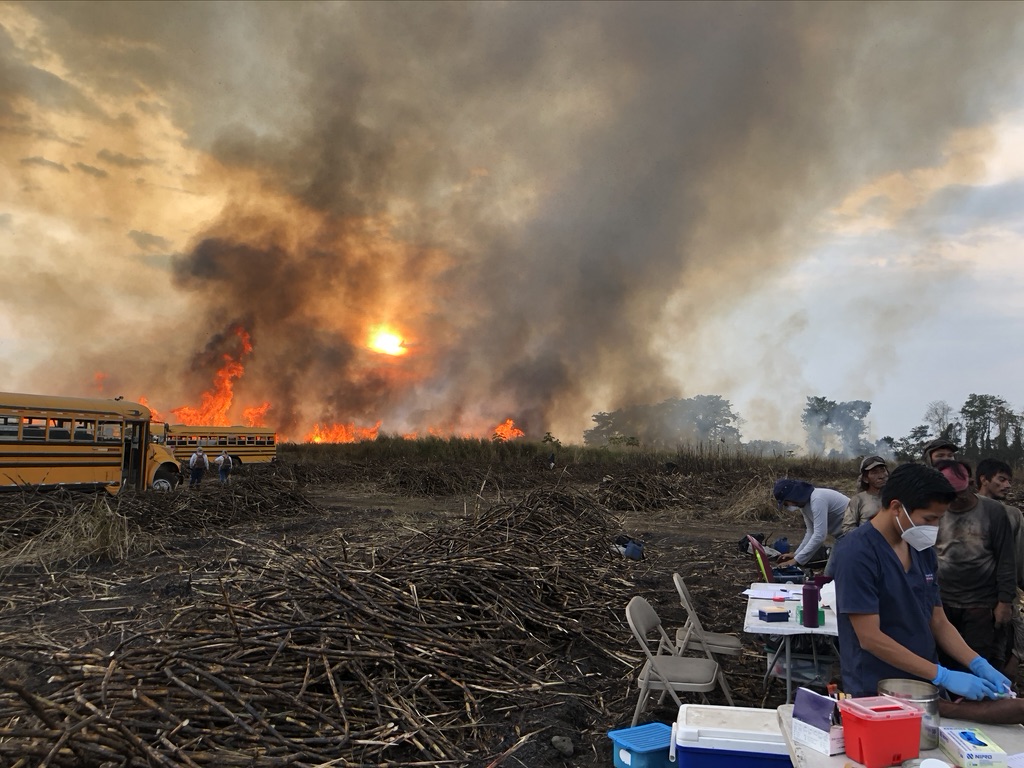 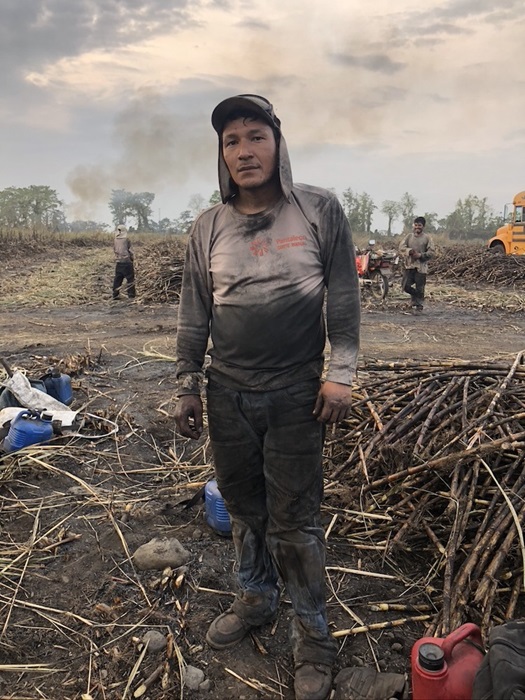 During the pilot phase of the study, there was some field “MacGyvering” to ensure that the field data collection tools did not interfere with a workers' ability to cut cane (the average worker cuts about 6 tons of sugarcane a day). The team used cyclone air samplers attached to marathon running vests to ensure a tight fit on the workers. These workers participated in the study on a voluntary basis.

The team noticed during the pilot study that the air pump for the air samplers became too hot on the workers’ backs. To make them more comfortable to wear, the team devised an extremely technical solution to this problem – a sponge and a hair tie! See below for how they affixed these to the filter pumps. 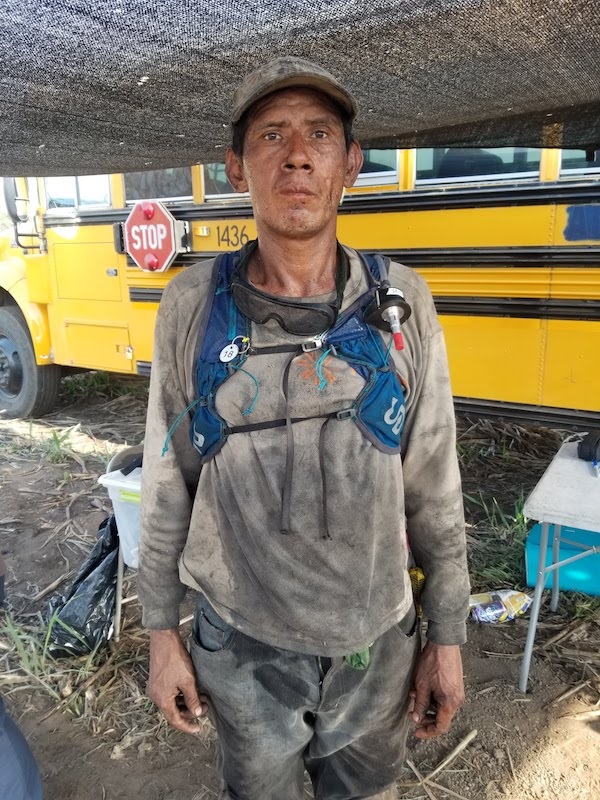 Researchers also measured other exposures such as humidity and temperature (at home and at work) by attaching monitors that resemble a key fob to the front of the worker's running vest. 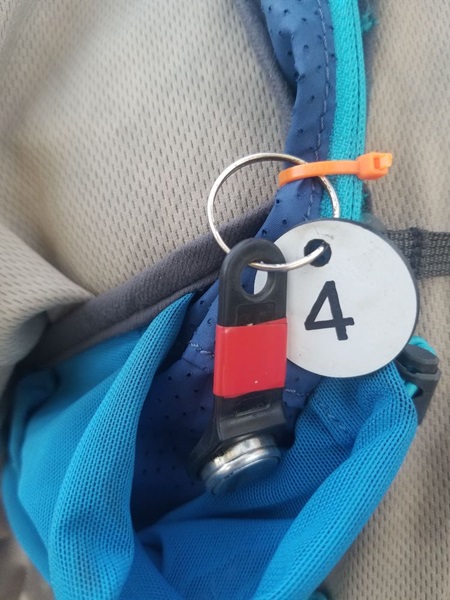 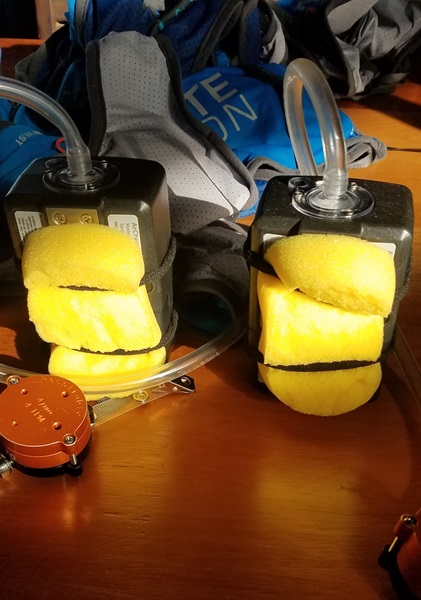 Lastly, to monitor workers' internal core body temperatures, workers ingested a non-invasive pill (that leaves their body within 24 hours) that wirelessly delivered temperature readings to a monitor continuously throughout their work shift. 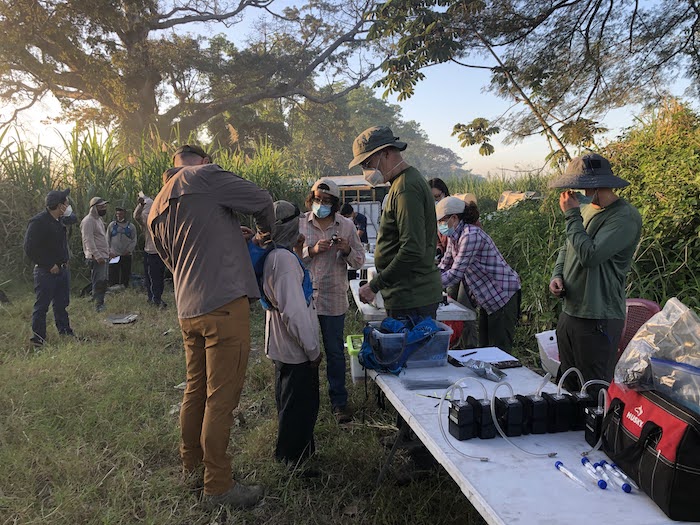 While conducting field research for the five-year study, Dr. Jaime Butler-Dawson also collected data for her three-year K01 grant Career Development Award from the NIH. This study, supported by the National Institute of Environmental Health Sciences, examines the environmental determinants of kidney injury in female sugarcane workers and female community members in Guatemala.

Butler-Dawson is performing the same field tests as the five-year study on female workers, but continuing the monitoring of their exposures at home. Frequently, women in the region cook with solid fuels such as wood, over open fires inside the home. These practices put them at high exposure to breathing particulate matter, and the study hypothesizes, they are suffering kidney injury and at a greater risk of developing CKDu.

This study used a unique feature to gather the women’s’ exposure to organic pollutants – a silicone wristband they would wear for seven days. 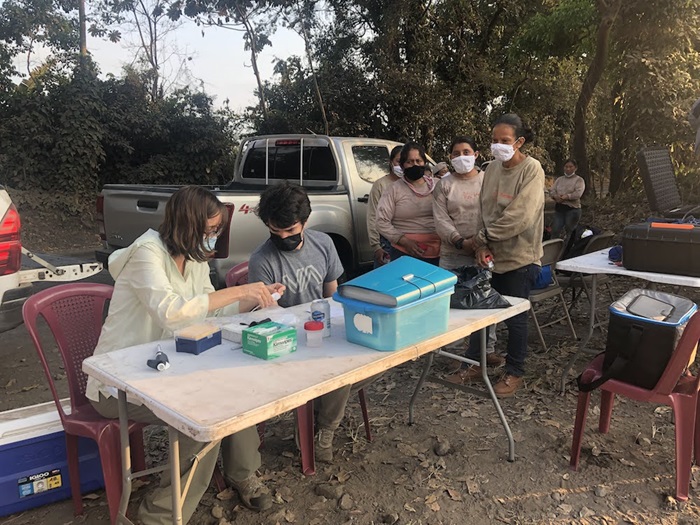 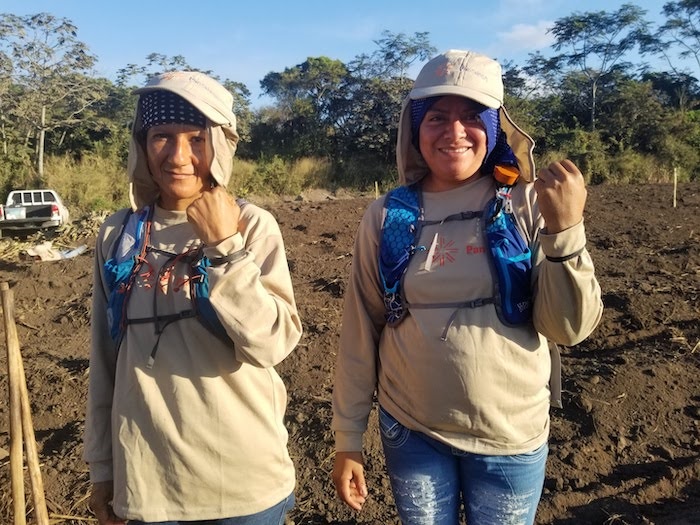 As if two studies were not enough! As part of the five-year study, Lyndsay Krisher is also studying individual and household level factors that contribute to heat stress and kidney injury after the work shift. She is gathering data to see if workers can recover from the heat when they go home after work.

Keep up with us and the team! Subscribe to our newsletter for updates and research findings from these studies. 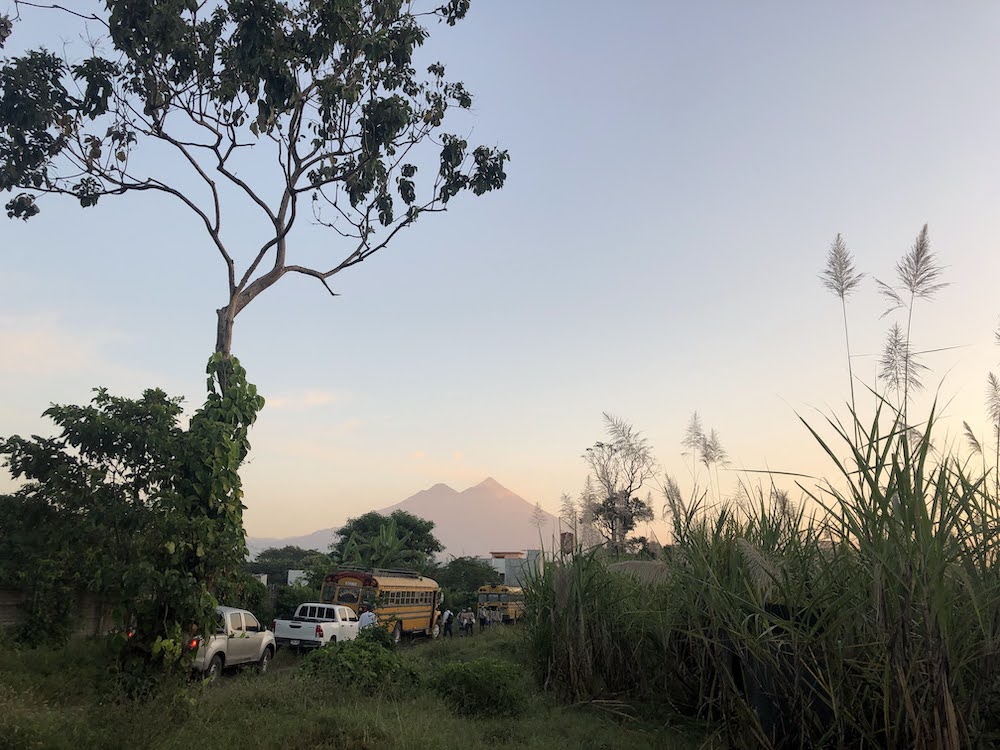 Written by Laura Veith, communications and media program manager for the Center for Health, Work & Environment at the ColoradoSPH.