The guide defines nine levels of awareness, starting with none and ascending to community ownership 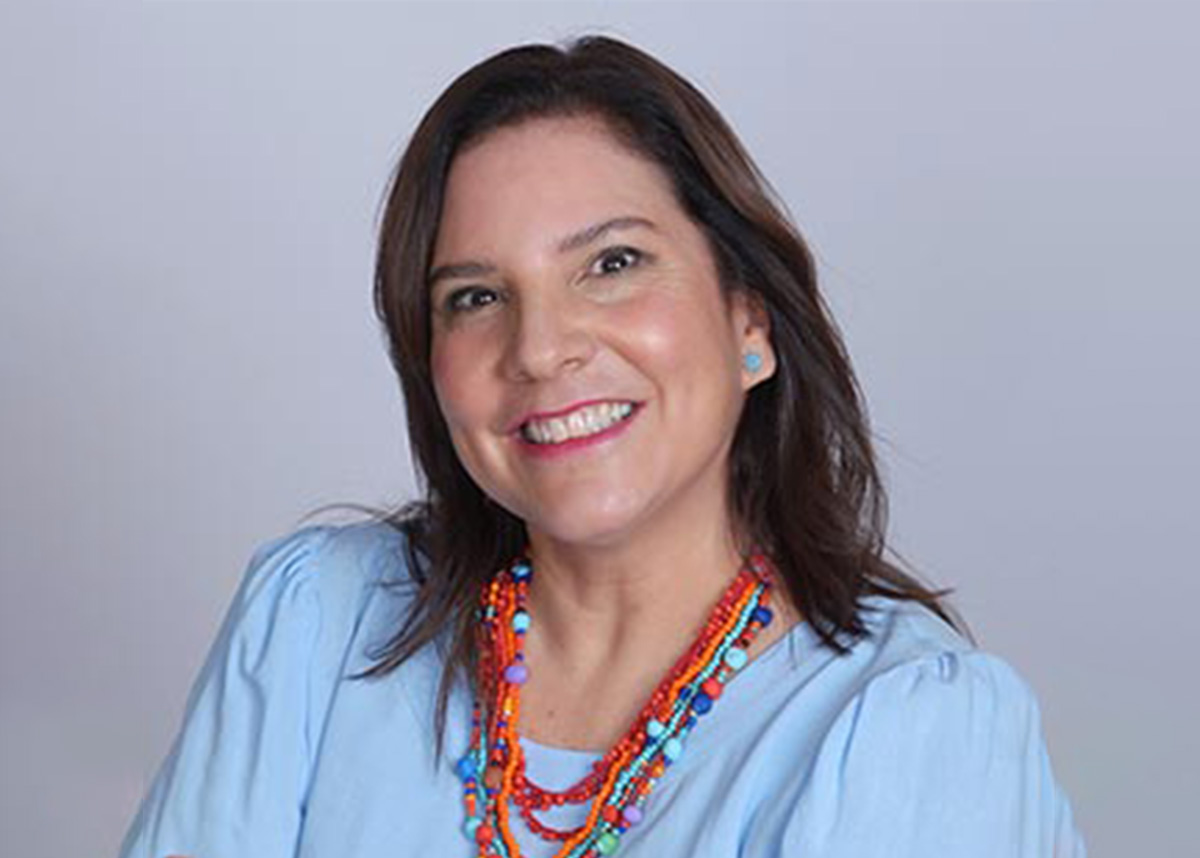 In the abstract, the term “human trafficking” may conjure shadowy images of vulnerable individuals forced into sex work or people enduring long, dangerous journeys on the promise of steady jobs, only to be consigned to low-paying, abusive work. The reality is far more complex, as Patricia Valverde discovered three years ago.

In 2019, Valverde, an assistant professor in the Department of Community & Behavioral Health at the Colorado School of Public Health, was conducting a training session for the national Patient Navigator Training Collaborative, which she directs. A comment from one of the participants caught her attention and set her on a new path of learning.

“Someone talked about ‘red flags’ when meeting a patient, and how they might indicate vulnerability for being a human trafficking victim,” Valverde recalled. “I had never heard about that, and it fascinated me.”

A commitment to combating human trafficking

Valverde didn’t let her interest pass. She got an opportunity to apply to Class 4 of the Leadership Academy of the National Human Trafficking Training and Technical Assistance Center (NHTTAC). The program recruits professionals from various fields to develop recommendations for new research, policies and programs that improve awareness and address the needs of human trafficking survivors and families, as well as those at risk for exploitation. She was accepted and became the sole public health expert in her leadership cohort.

The group tackled the question of how state and local governments can help human trafficking survivors and their families establish financial stability, a key to insulating them from the threat. They traveled to Washington D.C. in August 2019 to submit their report and recommendations.

The work spurred Valverde to do more. The NHTTAC invited her to contribute to a “Human Trafficking Community Readiness Guide,” which she and eight other colleagues completed for release in September 2021. The guide is part of a toolkit that has gotten wide distribution in Colorado.

The bedrock for the guide is the federal definition of human trafficking, which divides the crime into two categories: exploitation through force, fraud or coercion for a “commercial sex act” or “compelled labor.” The definition stipulates that drawing anyone under 18 into a commercial sex act is a crime, regardless of whether or not force, fraud or coercion is involved. It also seeks to draw human trafficking out of the shadows in declaring that “Victims can be anyone from around the world or right next door: women and men, adults and children, citizens and non-citizens alike.”

“We’re a fairly rural state,” she said. “There is an opportunity for labor trafficking in the agricultural industry.” The vulnerable and exploited may also be people we encounter unheedingly every day, she added.

“They can be in traveling labor crews, like magazine sales; restaurants; food service; domestic work and construction,” Valverde said.

Human trafficking exists in big cities, suburbs and the smallest towns, Valverde said, but residents’ ability to recognize it and respond differ widely. The Community Readiness Guide helps “stakeholders,” like law enforcement, social services, health care and public health providers and others, assess their status and use that to develop strategies to combat human trafficking.

The guide defines nine “levels of awareness,” starting with none and ascending to “community ownership,” in which people not only recognize the threat of human trafficking but actively commit resources to combat it and identify and protect those most vulnerable to it.

“Not every community is ready to discuss human trafficking, even though we know it occurs everywhere, from small communities to urban centers,” Valverde said. “We also know that for coalitions to form, collaborate and thrive, you need to be able to work with the community where they are.”

To that end, the NHTTAC provides technical advisors for training and implementation of services to assist individuals and families harmed or threatened by human trafficking. In Colorado, advisors are available to help communities develop partnerships to address the problem, Valverde added.

While she emphasized that she is a relative newcomer to the anti-human trafficking effort, Valverde helped the Community Readiness team develop assessments that included a wide variety of information sources, recognized the importance of inclusion, and emphasized listening to the experiences of survivors.

“We want to make sure that our efforts within a community are reaching all important groups,” Valverde said. “We must have more vulnerable subgroups at the table—like LGBTQ youth—and understand what services are available to them, ensuring that we are involving them and building up their resiliency.”

The work goes on

Today, Valverde continues to confront the forces that enable human trafficking. She is on the board of directors of the Denver-based nonprofit Laboratory to Combat Human Trafficking (LCHT). In addition to raising awareness about the individual and societal threats of human trafficking, LCHT has trained tens of thousands of allies in the community and various professional and healthcare fields. That includes more than 1,000 people in the first two months of 2022 alone, Valverde said.

The LCHT runs a toll-free hotline, provides a resource directory for people seeking protection from human trafficking threats, and offers supplemental materials for healthcare providers committed to combating the crime. And for those like Valverde looking to join the anti-trafficking fight, LCHT recruits and trains interns to become future advocates for survivors and programs to support them.

Valverde is currently chair of the LCHT’s Research Committee, which in previous years has produced a report on the cost of enforcing prostitution laws in the City and County of Denver and The Colorado Project 2.0, the second iteration of a comprehensive effort to assess human trafficking in Colorado communities and advance understanding of its causes and opportunities for solutions.

The third phase of The Colorado Project is now underway, Valverde said. The work includes conducting community and social network surveys, gathering and listening to focus groups and conducting interviews with people with deep roots in their neighborhoods, towns and cities. The work includes other board members and researchers from Metro State University, University of Denver and University of Colorado Denver.

“I doubt there are many states that have a nonprofit that does this much research,” Valverde said.

The fight against human trafficking requires constant attention, Valverde cautioned. Climate change, global combat and a host of income and social inequities all combine to force people into the orbits of those who prey on their vulnerabilities. But committed people can counter these pressures, she said.

“A good majority of those experiencing human trafficking come into contact with the healthcare and public health system,” Valverde concluded. “We have an opportunity potentially to help some of the victims get out of danger.”