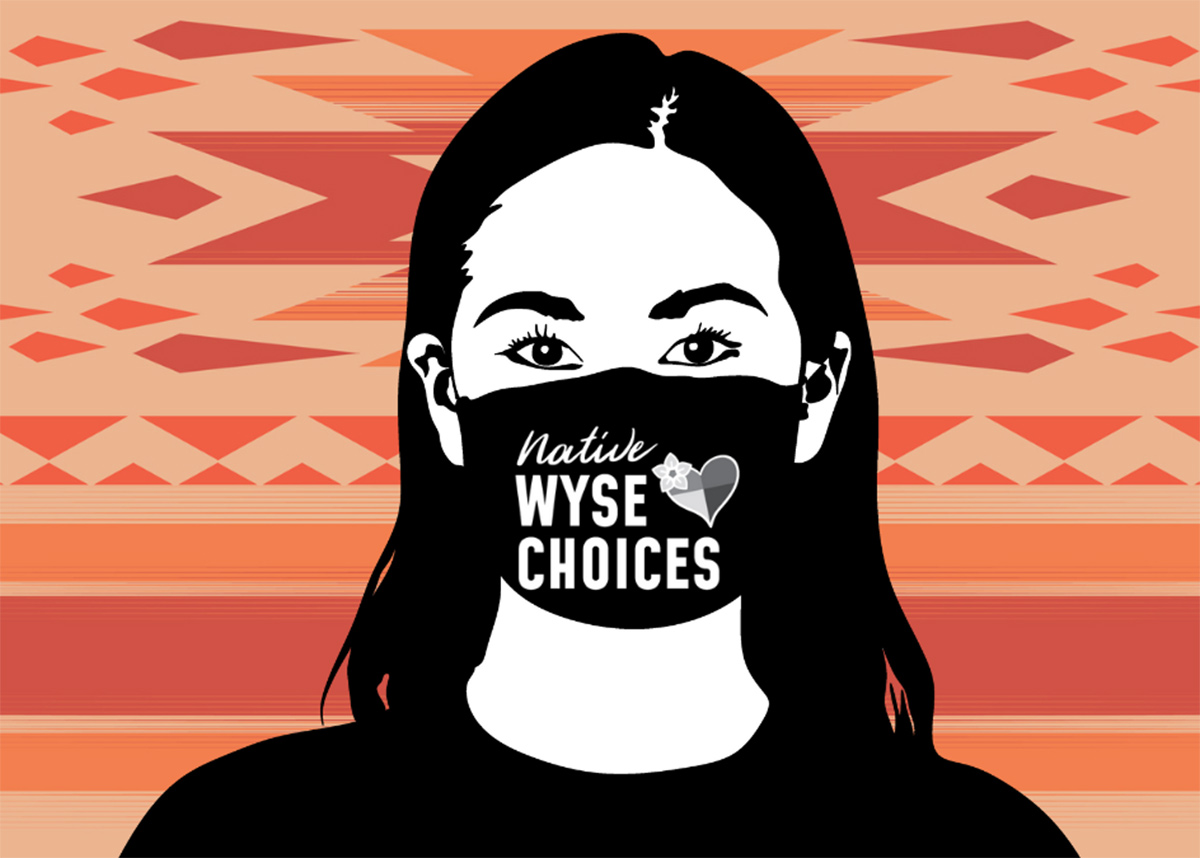 Three years ago, researchers at the Colorado School of Public Health’s Centers for American Indian and Alaska Native Health launched a forward-looking study. They looked to use social media and mobile application technology to reach out to young (16 to 20 years of age) American Indian and Alaska Native (AI/AN) women living in urban areas. The goal: push out messages and virtual interventions aimed at preventing alcohol-exposed pregnancies (AEPs) and fetal alcohol syndrome disorders (FASDs) – serious health risks for both women and children.

Today, the five-year study, funded by the National Institute on Alcohol Abuse and Alcoholism (NIAAA) is alive and well, and recruiting is underway. But the project, Native WYSE (Women – Young, Strong and Empowered) CHOICES, has become something more than even its leaders envisioned.

The original plan was to use social media to recruit young AI/AN women to the trial of AEP-prevention interventions delivered through mobile devices, said Michelle Sarche, PhD, associate professor of community and behavioral health in the school at the University of Colorado Anschutz Medical Campus. Sarche is co-principal investigator for the study with her department colleague, Carol Kaufman, PhD, MA. But Sarche admitted she and Kaufman hadn’t considered the full recruitment potential of social media.

“When Carol and I talked about using social media to recruit young women, we thought we might create a few Facebook ads,” Sarche said. “This has turned into so much more than a space for recruiting people for the study.”

“This” is an Instagram platform that provides information about the study and opportunities for those who are interested to learn more. It also introduces the research team to followers and offers resources for those facing a variety of health issues such as smoking, eating disorders and mental health challenges.

Nothing unusual there. But the space goes well beyond that, delivering messages of empowerment and affirmation in vivid, arresting images and to-the-point statements. It mixes Spotify playlists, book recommendations, positive images, and salutes to relevant leaders and events into a bright palette of graphics. Recruitment messages blend in, not as pleas, but as suggestions to a community the researchers serve.

The soft approach is purposeful, said Nicole Reed, a team member and senior professional research assistant who is pursuing her Doctor of Public Health degree with the Colorado School of Public Health. The basic idea is that forging relevant connections with people will make them more receptive to learning about the study.

“This is about the community that we build,” Reed said. “Our social media platform is for them. It’s no longer simply for our project.”

Everything on the site is “embedded in the Indigenous experience,” Sarche noted. “For that community, we can every now and then put out a message about research to test the mobile app.”

Reed readily admits that she has “no background in graphic design.” Rather than forge ahead blindly with a site, she and the team worked closely with We R Native, a resource for Native youth by Native youth. The partnership was “instrumental” in helping the research team conceptualize the Native WYSE platform and create a unique identity, Reed said.

The social media team posts new content to the space about three times a week, with an eye toward building a broad, inclusive audience and “shining visibility on Native people everywhere,” Reed said.

For example, a series of “Indigenize your life” posts draw attention to music, books, movies and television shows that cast a realistic light on the varied lives of Native people. Posts during Pride Month in June “touched a group of people outside of our target audience but still managed to spread messages of empowerment for Native American people,” Reed said.

Posts also draw timely attention to important milestones, such as the news of Deb Haaland’s confirmation as the U.S. Secretary of the Interior, making her the first Native American to serve in a top cabinet post. Public health-related messages sometimes employ a flash of humor – “Get fry bread – not fried” – to remind people of the importance of using sun block.

The site also connects and builds trust by emphasizing the diversity of the indigenous community – “Indigenous comes in all skin hues, hair textures & body shapes,” reads one post.

“I feel like there is this misconception that Native American people all go to pow-wow and have teepees and that [they are] a homogeneous group,” Reed said. “There is no label on what it means to be Indigenous, even though society has perpetuated those stereotypes. ‘Native’ looks different for every Indigenous person.”

Another vital hope is that the Native WYSE space will help to break down longstanding distrust among Native Americans toward researchers. In crafting the current study, Sarche and Kaufman also worked with AI/AN advisors to develop culturally relevant content for the mobile app.

“You can’t show up out of the blue and say, ‘Hey, come take my survey,’ when people don’t know who you are, what you are about, what your intentions are,” Sarche said. “We are creating a relationship with people in the community. Through that, trust will emerge.”

Paying off for marginalized communities

There have been signs that the effort is paying off. As of mid-November, the Native WYSE space had just under 2,850 followers, with representatives from across the country posting plenty of positive comments. SELF magazine recently included it on a list of “101 Online Mental Health Resources for Marginalized Communities.”

Meanwhile, Reed said plans to keep the space updated and relevant continue. Posts for Native American Heritage Month in November will emphasize diversity in tribal populations, and more entries in the “Indigenize your life” series are on tap. Another idea is to incorporate the sacred Native American tradition of storytelling in a “more modern format,” Reed said.

“This has turned into much more than a space for recruiting people into our study,” she said. “It’s become a virtual community with affirming, uplifting messages and resources for Indigenous young women.”

Want to follow Native WYSE CHOICES? Check out the following: