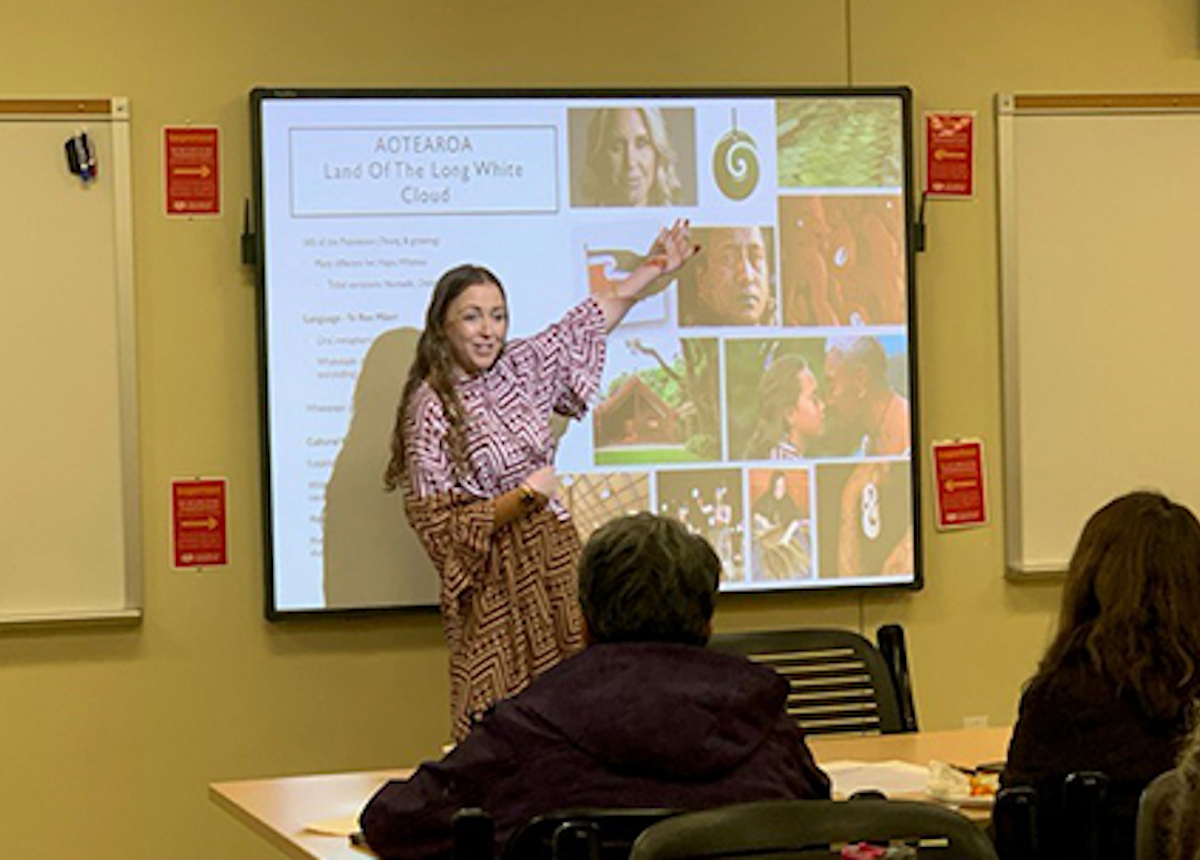 As a clinical psychology student in New Zealand, Carrie Clifford often heard about potential deficits, diagnoses and mental health risk factors among Māori natives, but that wasn’t consistent with her own experience as an indigenous person. So, when she began work on her PhD, she opted to study how Māori stories and legends, known as pūrākau, could be integrated into a Westernized mental health system as a way to uplift and cultivate resilience in Māori children.

“It wasn’t easy,” says Clifford. Because child psychology is often treated as a branch of clinical psychology, and indigenous psychology is treated as another, separate branch, there isn’t a lot of work that happens at the intersection of the three. That’s how Clifford discovered the Colorado School of Public Health and its Centers for American Indian and Alaska Native Health (CAIANH). “They were doing, and had been doing for a long time, really good work at the intersection of children’s wellbeing and how that relates to being indigenous,” she said.

Ngā Pae o te Māramatanga, New Zealand’s Māori Centre of Research Excellence, co-sponsors one graduate student from New Zealand each year to come to the United States on a Fulbright Fellowship to study indigenous development. Clifford applied, proposing that she spend five months in Colorado at CAIANH and five months at the Johns Hopkins Bloomberg School of Public Health and its Center for American Indian Health.

When she arrived at ColoradoSPH to work with Professor Nancy Whitesell and Associate Professor Michelle Sarche, Clifford wanted to take advantage of any learning opportunity she could get. Whitesell and Sarche understood her research interests and the goals of her fellowship and swung the doors wide open for her.

Clifford is working on two research projects with CAIANH. The first is a program called Thiwáhe Gluwáš’akapi (TG), led by Dr. Whitesell. TG uses an existing evidence-based family skills training program adapted for Native communities by incorporating Native kinship structures, remaking program videos with Native actors and locally relevant scenes, and addressing key community risk factors. The program involves shared meals, separate youth and parental sessions, and family sessions designed to build on family strengths, improve relationships, decrease family conflict, and decrease risky behavior in adolescents. As part of the TG program, Clifford was able to travel to South Dakota to take part in a training for facilitators who roll the program out on nearby reservations.

The second project Clifford is working on evaluates the cultural appropriateness of childhood screening measures through a project of the Tribal Early Childhood Research Center called the Pilot Exploration of Developmental Screeners in Tribal Communities (Tribal PEDS). The overall project looks at how Native parents and early childhood professionals feel about screening measures and processes used for children birth to age 5 and whether communities have access to resources to address children who have been identified as needing support. For Clifford, this work brings all of her passions—psychology, indigenous populations, and child wellness—together. She also sees important parallels for her work in clinical psychology. Mental health services in New Zealand do not necessarily cater to Māori families, don’t retain Māori families, and often don’t lead to as successful of outcomes for Māori families. Reconceptualizing mental health care to better accommodate indigenous clients may require examining whether diagnoses and diagnostic tools are appropriate for Māori children and families. Now, Clifford has insight into research designs and processes that can study those questions. “I have seen how to study the appropriateness of measures and have a direct connection with a researcher who’s leading a project doing that. Now I’m able to do something similar a lot more efficiently and effectively than if I did it on my own,” she said.

During her time at ColoradoSPH, Clifford’s learning experiences haven’t been limited to her research projects. She attended a children’s health and education forum at the Aspen Institute, where she got to speak with people from across the Rocky Mountain region about early health interventions and policies at the state and federal levels. She traveled to New Mexico to visit with Head Start programs about language development. She delivered talks sharing her work on language and cultural revitalization in New Zealand, getting feedback and new perspectives, but also seeing how political structures have made New Zealand a leader in that space. She connected with other indigenous people, observed the huge amount of cultural variation between communities, and forged relationships with the next generation of indigenous researchers. She learned from Whitesell and Sarche’s experiences running a mentoring program for young indigenous scholars how hard and rewarding being an indigenous scholar can be. “It’s personal and professional for you,” Clifford said. “There’s no boundary. When do you clock off? But you’re advocating for something that you inherently believe in, for yourself and your people, and you’re getting to do something you personally believe in every day.”