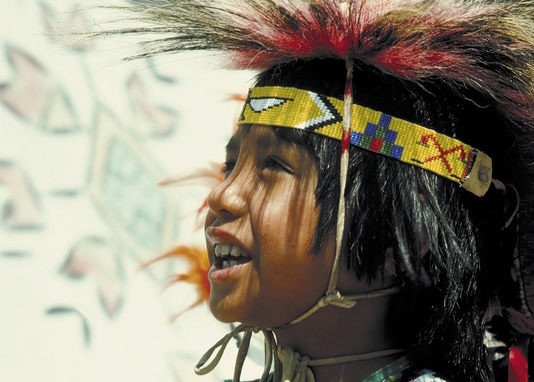 The Native Children’s Research Exchange (NCRE) was awarded funding from the National Institute on Drug Abuse (NIDA) to host its national conference in 2021 and 2023. NCRE conferences provide a forum for researchers, evaluators, and tribal program and community partners to gather to share in an open exchange of information. Beginning in 2008, NCRE conferences help fulfill NCRE’s mission to bring together researchers who study child and adolescent development in Indigenous communities – primarily American Indian, Alaska Native and Native Hawaiian.

The NIDA funding is an R13 Conference Grant awarded to NCRE Co-Directors, Drs. Michelle Sarche and Nancy Whitesell. These researchers co-founded NCRE and believe the funding will contribute to the longevity of the network they’ve created over the past decade.

Participants in the 2019 NCRE Conference had this to say:

(NCRE is a) Great chance to meet people from all over America who are passionate about the health and wellbeing of our children - the atmosphere created was very supportive and encouraging, especially for students. It was great to have academics as well as community leaders all in the same room together, and it never felt as though one was "better" than the other but instead it was a joint effort.

I loved all the opportunities we had to interact with one another as conference attendees. I met a lot of wonderful and inspiring people who I hope to collaborate with in the future.

It is more than a conference; it is a "Happening."

I found the connections that I made with my peers was the most beneficial part of this conference. Our in-depth conversations about the conference brought new light into my work.

NCRE draws participants from around the country who gather to share ideas about their work and share in their commitment to Native children’s development. Student scholars are encouraged to participate through NCRE Scholars and STARS, a mentoring program for early career investigators and graduate students. Community-based research partners are also encouraged to attend.

NCRE conferences are generally held in September in the Denver area; dates for a virtual conference in 2021 will be announced later this fall. If you’d like to receive Information about the 2021 conference, join the NCRE listserv by contacting Caitlin Howley.

The NIDA R13 grant will also support a smaller Special Emphasis meeting in 2022, which will invite leading researchers and community partners to come together to plan for co-authored publications on the state of the science and pose critical questions for future investigation.