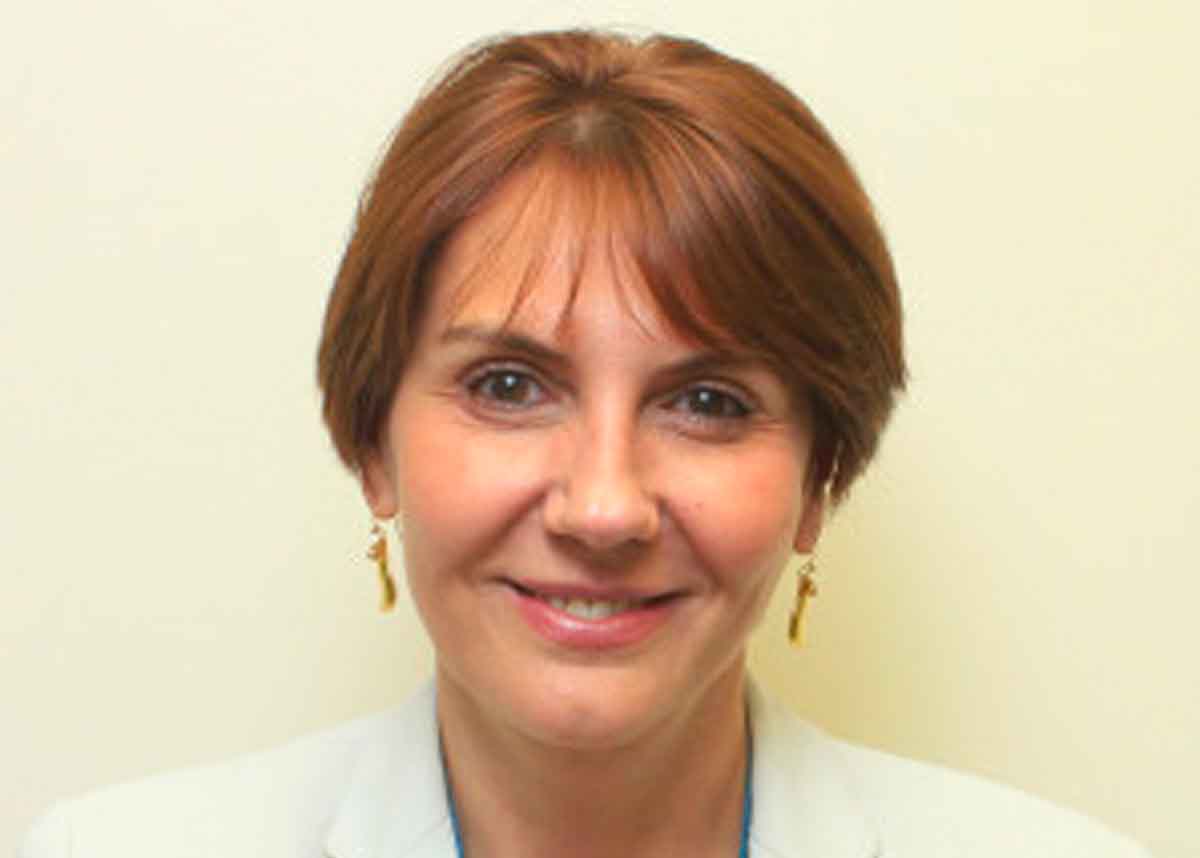 For more than 25 years, Dr. Dana Dabelea has devoted herself to studying a disease that has steadily solidified a foothold in the United States.

“A lot of my research has focused on understanding why diabetes is a pandemic and what we can do to prevent it across the life course,” said Dabelea, Conrad M. Riley Endowed Professor of epidemiology at the Colorado School of Public Health and professor of pediatrics with the University of Colorado School of Medicine.

That work has taken Dabelea from her native Romania to the deserts of southern Arizona to Colorado and helped to unlock some of the mysteries of Type 2 diabetes, which affects roughly 34 million people in the United States. Her dedication has now drawn well-deserved recognition.

This month, the University of Colorado Board of Regents gave Dabelea its highest honor in naming her a Distinguished Professor. She joins a list of 129 honorees named since 1977.

“I’m honored because this is the most important distinction a professor can receive from the university,” Dabelea said.

While acknowledging that “we won’t get rid” of diabetes, Dabelea’s research has helped increase understanding of the disease – particularly Type 2, which is caused by the body resisting insulin or using it improperly, thus raising blood sugar levels and increasing risk for dangerous cardiovascular issues and other complications.

Dabelea’s studies of diabetes began in 1994 with a Diabetic and Metabolic Disease residency at the University of Medicine and Pharmacy in Timisoara, Romania. Her interest blossomed after she moved to the United States for fellowship work with the National Institute of Diabetes and Digestive and Kidney Diseases (NIDDK). There she studied the Pima Indians of southern Arizona, a population ravaged by Type 2 diabetes.

“I was fascinated by the opportunity to conduct high-end population research and work with a high-risk group that was underserved,” Dabelea said. “The experience was inspirational and transformational.”

Dabelea arrived in Arizona intent on studying Type 2 diabetes in adults – it was then generally referred to as “adult-onset diabetes.” But her work with the Pima Indians produced a finding that changed her focus to children and pregnant women.

“We found that exposure in utero to maternal obesity and diabetes was the strongest risk factor for childhood obesity and youth-onset Type 2 diabetes,” Dabelea said.

Many researchers believed that genetics explained the heavy prevalence of Type 2 diabetes in the Pima Indians and other populations, but Dabelea’s work pointed in a different direction, particularly after she joined CU’s Department of Preventive Medicine and Biometrics (a key building block for what would later become the Colorado School of Public Health) in 2001 and replicated the findings in Navajo Indians as well as Hispanic, Black, and White people.

“We found that youth-onset Type 2 diabetes exists across populations,” Dabelea said. “One of my accomplishments was in identifying the fact that diabetes often has origins early in life or even in intra-uterine life,” Dabelea said. “It’s not just a disease of high-risk adults.”

The findings naturally pointed Dabelea’s interests toward promoting healthy behaviors – improved diet, weight loss and increased exercise, for example – in women as a way to reduce the risk of Type 2 diabetes in their children.

“If we know that something that happens in pregnancy increases the risk of diabetes in the offspring, let’s do programs of prevention,” she said.

To that end, Dabelea joined forces with Dr. Richard Hamman, a leading epidemiologist and researcher who forged a 40-plus-year career and served as founding dean of ColoradoSPH before stepping down in 2010 and retiring in 2013. The pair lead the Diabetes Prevention Program in Colorado, which spawned a number of studies and focused attention on the importance of helping adults make lifestyle changes to protect against Type 2 diabetes.

Dabelea is now working on taking the concept a step further with the idea of “preconceptual interventions.” It springs from a finding that a woman’s high pre-pregnancy body mass index (BMI) is a strong risk factor for childhood obesity and type 2 diabetes. She is co-principal investigator, with Dr. Katherine Sauder of the CU School of Medicine’s Department of Pediatrics, in the trial of a behavioral program that aims to reduce risk factors for Type 2 diabetes in American Indian children 7 to 10 years of age.

Simply put, investing in health promotion programs for kids that prevent obesity and Type 2 diabetes could trim the billions of dollars spent each year on treating adults with the disease. As Dabelea put it, “We don’t have to wait until we have middle-aged adults who are overweight or have other risk factors” to promote healthy behaviors.

Her current research builds on a foundation laid over two decades. Dabelea cites the multicenter SEARCH for Diabetes in Youth study as the reason she came to Colorado. The two-decade study probed the origins of both Type 1 and Type 2 diabetes in young people and helped research funders, lawmakers and the public understand the burden of diabetes in their communities, particularly those that are chronically underserved. The study produced a number of insights, including the finding that young people with Type 2 diabetes average three to six times more complications than those with Type 1 diabetes.

“SEARCH shaped my career,” Dabelea said. She became the study’s principal investigator in Colorado in 2004 and national co-chair a year later.

Dabelea also directs the LEAD (Lifecourse Epidemiology of Adiposity & Diabetes) Center, a joint initiative of ColoradoSPH, the CU School of Medicine, and Children’s Hospital Colorado. The center focuses on the long-term effects of obesity and diabetes, revealed through research, as well as strategies for prevention. The work also serves to train a new generation of experts in the field.

The LEAD Center currently has 20 active research awards totaling $6,682,088, Dabelea said. She is a principal investigator on many, spanning studies of metabolism and behaviors in pregnant women that contribute to diabetes, possible links between exposure to certain chemicals during pregnancy and childhood obesity and many others.

As Dabelea contemplates the fight against the diabetes pandemic that has defined her career, she sees reason for both cautious optimism and concern. For example, she said there is “some indication” that the incidence of Type 2 diabetes in adults is “plateauing.” But she adds that the incidence of both Type 2 and Type 1 diabetes is increasing in children.

In Dabelea’s view, social factors play a key role in driving that increase. “Calling diabetes a ‘lifestyle disease’ assumes that we always have a choice,” she said. She pointed to healthcare disparities, the construction of cities, transportation, and lack of access to healthy food among hard-to-influence barriers to the healthy lifestyles that are so easy to espouse.

“We want to develop [programs] that empower people to make the right choices, acknowledging that sometimes [good health] is not simply a matter of individual choice,” she said.

Looking forward, Dabelea said she is excited to see more scientific research into the environmental exposures and pathophysiology that could lead some kids to develop obesity and diabetes while others remain healthy. She also anticipates ongoing work to find the best interventions to break the “vicious cycle” formed by adults with Type 2 diabetes who increase the risk of their children having the disease – and so on. Rather, she said that she and others look to a day when healthy children become a “bridge” to successive healthy generations.

It's also important to be a bridge of sorts herself to a new generation of scientists, researchers and clinicians, Dabelea concluded.

“I want to create opportunities for others to develop,” she said. “That was the reason for the LEAD Center – to help others take over and further those opportunities themselves."