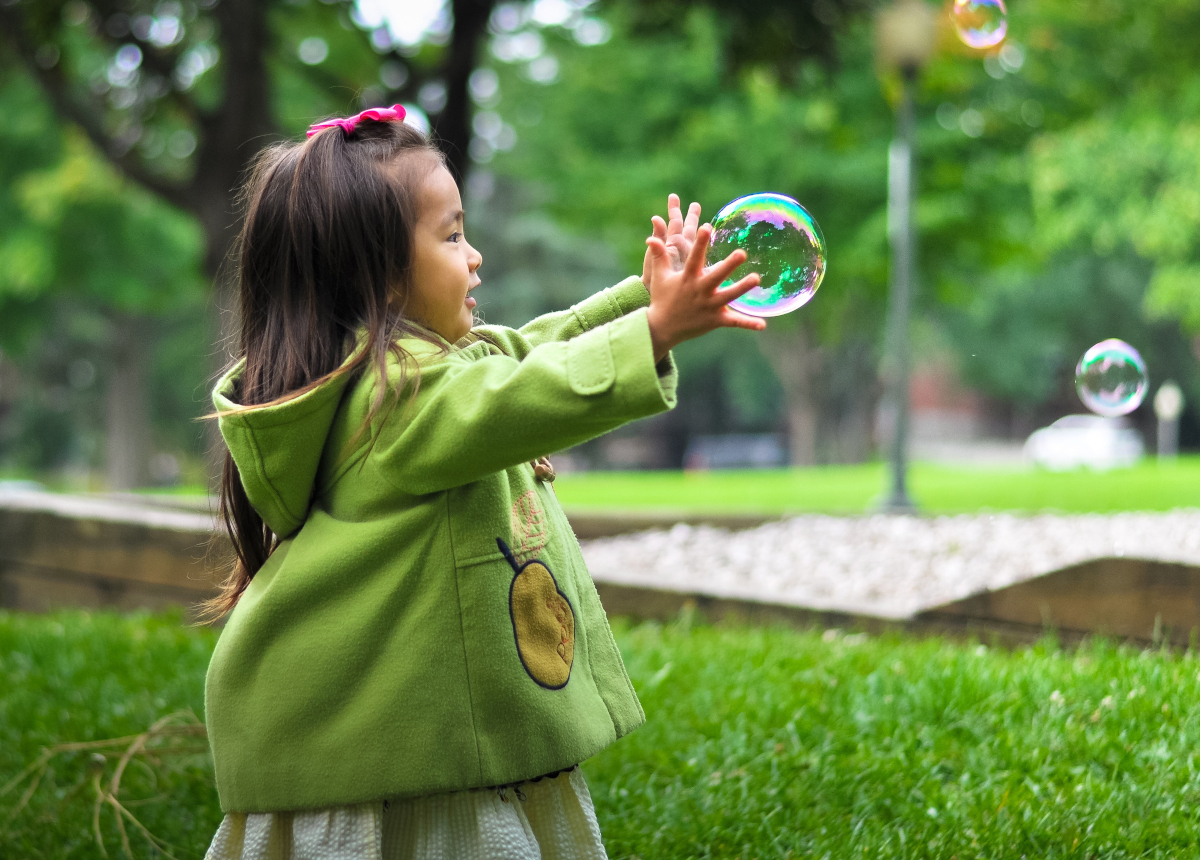 When Dana Dabelea, MD, PhD, was considering a move from Romania to work in diabetes research in the United States, she was drawn to the work of Richard Hamman, MD, DrPH, saying she was “inspired by his vision and the opportunities he created for diabetes research.”

Jill Norris, PhD, MPH, considers Hamman, the founding dean of the Colorado School of Public Health, “a mentor, who was always collaborative and encouraged people to work with him.”

Today, Dabelea is a professor of epidemiology and pediatrics and directs the Lifecourse Epidemiology of Adiposity and Diabetes Center at CU Anschutz, while Norris is a professor and chair of the Colorado School of Public Health’s Department of Epidemiology. The two of them and their colleagues are doing innovative and ground-breaking diabetes research, that is built on the studies Hamman started decades ago.

When looking back on his 40-year career at the University of Colorado, and the 10-year anniversary of ColoradoSPH, Hamman is more modest about his achievements.

“I get way too much credit as the founding dean,” he says. “It’s something we talked about for a very long time—you go from a department of preventive medicine and grow it into a school of public health. I thought if it happened across the country, why couldn’t we do it here? There were so many people who worked so hard. It was a wonderful group effort.”

He stepped down as dean of ColoradoSPH in 2010 and continued to teach and do research in the epidemiology department until he retired in 2013, but he still works on research grants even today.

Hamman moved to Colorado in January 1979 after completing his doctorate in epidemiology at the Johns Hopkins School of Hygiene and Public Health (now the Johns Hopkins Bloomberg School of Public Health). He had been a staff fellow with the National Institutes of Health field study branch, doing research and providing clinical care to the Pima Indians living south of Phoenix.

“The Pima Indians have the highest rates of diabetes in the world,” he says.
“That’s where I got my main interest in diabetes and cardiovascular disease.”

Hamman continued that interest at the University of Colorado, where he embarked on a series of studies in the San Luis Valley, a rural community with a large Hispanic population in South Central Colorado.

The first funded study started in 1984, focusing on the prevalence of type 2 diabetes in adults.

The NIH and the Colorado Department of Public Health and Environment (CDPHE) also funded Hamman to develop a registry for type 1 diabetes to identify and track people with the disease. It was one of the first efforts nationwide to create a registry that was geographically based, rather than location based, as in a hospital. The grant allowed Hamman and his team to identify all children with type 1 diabetes in Colorado. The registry began in 1984 and the data were collected through 1996.

“It was also aimed at understanding the ethnic difference in type 1 diabetes and we were able to show that non-Hispanic white children had more type 1 diabetes than Hispanic children, the reverse of type 2,” he says. “And we are still part of the national SEARCH for Diabetes in Youth registry study, which is really a long-term continuation of the registry we started in Colorado.”

The SEARCH for Diabetes in Youth

Dabelea, who had also studied the Pima Indians while doing postdoctoral studies at the National Institute of Diabetes and Digestive Kidney Disease (NIDDK), found her work there piqued her interest in studying type 2 diabetes in youth.

She joined CU’s Department of Preventive Medicine and Biometrics in 2001 (the department that would later help form the Colorado School of Public Health) and three years later, she took over the local leadership of SEARCH, becoming the principal investigator. In 2005, she became a national co-chair of the study, which is still ongoing.

SEARCH is one of the most comprehensive projects looking at type 1 and type 2 diabetes. Researchers have studied approximately 9,000 children with diabetes in six geographic centers, including Colorado. The study has a registry component, tracking pediatric diabetes, and also endeavors to determine diabetes risk factors and barriers to quality health care for children.

“It’s not often you have an NIH study that is funded for 17 years,” says Dabelea, adding that their landmark work “has changed the face of diabetes.” She adds,
“We understand type 1 and type 2 diabetes are distinct diseases that come with different risk factors and exposure. We know more about what we need to do to prevent complications.”

The Diabetes Prevention Program (DPP) study, also initiated by Hamman and Dabelea, has helped researchers better understand the importance of lifestyle changes that can help adults and children prevent or delay the development of diabetes.

“We’ve participated in studies that have changed not just our knowledge about diabetes about both kids and adults, but have changed the lives of people who are at risk or who have diabetes,” Dabelea says.

Hamman says he’s especially proud of the work he and his team did with the DPP, an NIH study conducted at clinical centers nationwide from 1996 to 2001.

The trial included 3,234 participants who were at high risk for type 2 diabetes.

Researchers assigned DPP participants to three random groups: one that provided intensive training in lifestyle changes, such as diet, weight loss, and exercise; one that received the drug metformin; and a third that received a placebo.

“We were able to win one of those grants and became one of the 27 centers across the country,” Hamman says. “The initial trial ended early because the results were so successful.”

“From a research standpoint, the DPP has been crucial and has shown us that changes in lifestyle can reduce your risk,” says Hamman, adding that for every one percent of body weight lost, the risk of type 2 diabetes is reduced by 16 percent.

“That gives people hope, especially for people in Native American and Hispanic communities where some people believe there’s nothing you can do because every member of their family has diabetes,” he says. “And that message is wrong. There’s a lot you can do.”

Researchers have continued to follow up with most DPP participants since 2002. The studies found that participants, who have undergone lifestyle changes or have taken metformin, have been able to delay or prevent type 2 diabetes for at least 15 years. As participants age, the researchers also are monitoring their other health problems, including cardiovascular diseases, cancer, nerve damage, kidney and eye diseases.

Dabelea, who is now the principal investigator of the Diabetes Prevention Program Outcomes Study (DPPOS), says the studies originated by Hamman have had both national and international impact as ColoradoSPH researchers continue their work in a variety of multi-center studies. And that’s part of Hamman’s legacy, she adds.

“We’ve expanded our collaborations in diabetes research, not only in the United States but we’re also leaders in international global health studies,” she says. “Nobody overlooks Colorado when talking about diabetes.”

Expanding diabetes research In 1990, Jill Norris joined Hamman’s team after completing her MPH and PhD at the University of Pittsburgh Graduate School of Public Health to work with the Colorado type 1 diabetes registry that he started in 1984. Since then, her studies of the registry participants as well as the San Luis Valley populations have involved genetics and gene-environment interactions in both type 1 and type 2 diabetes.

Norris is involved in a number of studies associated with type 1 diabetes and autoimmune diseases that grew out of the registry. The Diabetes AutoImmunity Study in the Young (DAISY), funded by the NIH, began in 1993 to study how genes and the environment interact to cause type 1 diabetes.

The study follows more than 2,500 children who have a parent or sibling with diabetes as well as children who don’t have a relative with diabetes but have a high genetic risk of getting the disease. They’ve screened more than 31,000 Denver newborn babies, and as a result, researchers have been able to identify children who likely will have an onset of diabetes in five to 10 years by comparing diets, genes, infections, and immunological markers with healthy youth.

The NIH also funded The Environmental Determinants of Diabetes in the Young (TEDDY), a study that screened 424,000 children in the U.S. and Europe looking at what causes type 1 diabetes in children. The Barbara Davis Center for Childhood Diabetes at the CU Anschutz Medical Campus is one of six clinical centers worldwide participating in this study.

Norris also collaborates with the Barbara Davis Center researchers and its executive director, Marian Rewers, MD, PhD, who also was recruited by Hamman to work on the San Luis Valley studies. Hamman’s mentorship and encouragement has helped many researchers as they’ve moved forward in their careers, she says.

Today, a number of studies have also grown out of those initial efforts in the San Luis Valley, she says. Norris tapped the Valley population for the Insulin Resistance Atherosclerosis Study (IRAS) Family Study, which evolved into nationwide, multi-center research exploring the genetics of obesity and insulin resistance that lead to diabetes.

“We studied the genetics in the population of the San Luis Valley with regard to diabetes and insulin resistance,” she says. “It was a great population—they are primarily Hispanic, which was one of the ethnic groups that the NIH and the American Diabetes Association wanted to study, but what was more unique is that it is a rural population.”

“I have fond memories of doing research in the San Luis Valley and much of that was working with Dick Hamman,” she says. “He and his colleagues modeled respect in their interactions with the community and that’s why it was so successful. They brought the personality of the community into the research and people stayed in the study because we included them.”