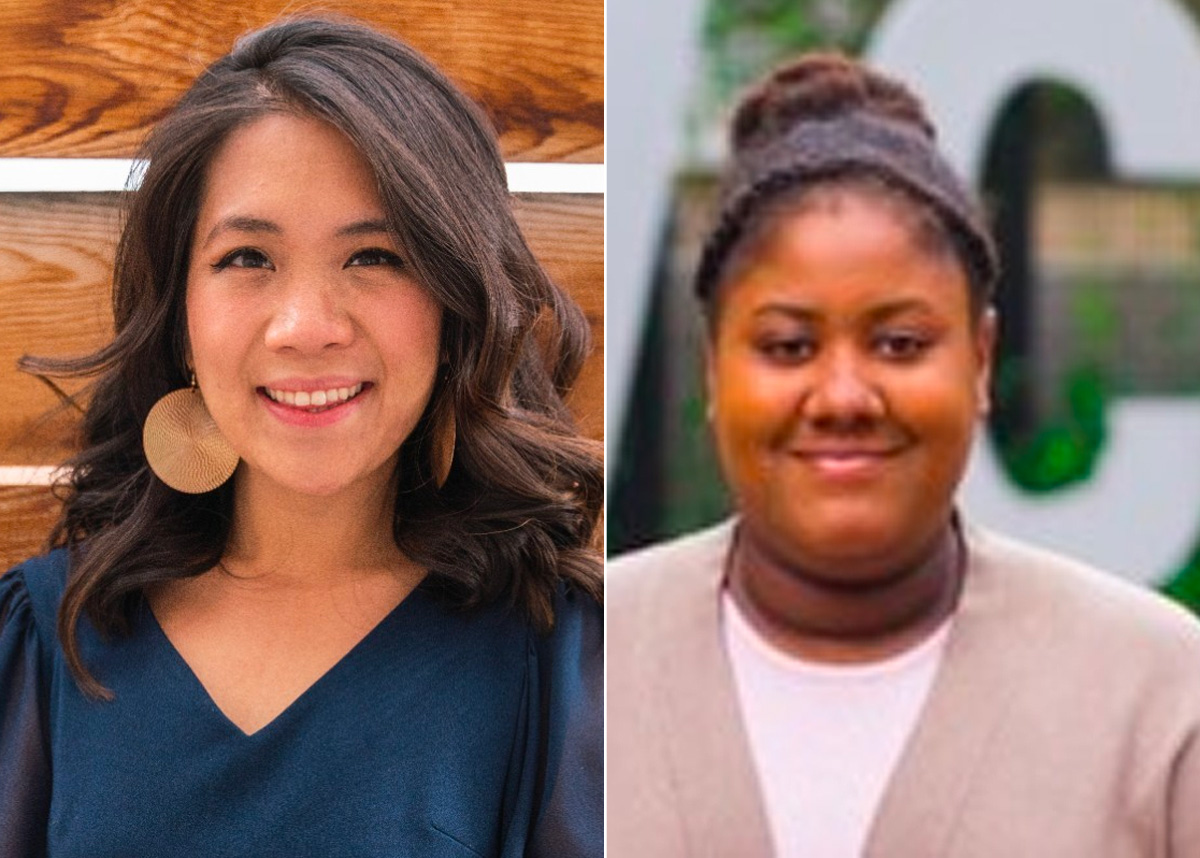 This year, two Master of Public Health graduates of the Colorado School of Public Health at the University of Colorado  Anschutz Medical Campus, Hue Phung and Kristina Brandveen, are among a dozen alumni selected from six participating schools to receive competitive fellowships from the American Public Health Association (APHA) and Kaiser Permanente (KP). The national Public Health Fellows Program, now in its second year, is designed to “support the development of diverse, underrepresented public health leaders who are committed to improving the health of our most vulnerable communities and pursuing health equity for all.”

Phung, who earned her MPH in Global Maternal and Child Health, and Brandveen, who earned hers in Global Health & Community and Behavioral Health, are the second and third recipients of the fellowship from ColoradoSPH. Last year, fellow alum Justice Onwordi, was among the first public health alumni nationwide to be selected for the honor.

The awards “clearly illustrate the commitment of ColoradoSPH and our graduates towards equity-focused and social justice public health work,” Brittain said.

In separate interviews, Phung and Brandveen discussed their paths to careers in public health and their plans for their fellowship work, which begins in September.

As the child of Vietnamese immigrants, Denver-born Hue Phung saw individuals determined to build a better future for themselves, their families and their communities.

Her parents immigrated to the United States shortly after the Vietnam War ended in 1975. She also had relatives who were war refugees, surviving days at sea and stints in crowded camps before being relocated and dispersed to faraway lands, including the U.S.

As one of Phung’s uncles described it, refugees “were not knowing how they were going to live the next day.” Those who made it through the ordeals and found their places in relatively stable and secure communities could be thankful because they were no longer living through wartime and poverty. They could work hard, make money, and start families.

But new challenges emerged. Families struggled to keep their Vietnamese identities while starting their lives over in a new country, Phung said. She also saw health inequities faced by her own family, as well as people in her neighborhood, and by others living in predominantly racial and ethnic minority areas around the city. There were problems getting insurance and navigating unfamiliar healthcare systems. Phung also noticed unaddressed issues of loneliness and emotional need in the children of immigrants who felt their duty was “to continue to grind to make money” in order to preserve their hard-earned livelihoods.


Finding solutions by listening to the community

Phung looked for ways to do her part to address these issues. After earning a bachelor’s degree in psychology and ethnic studies from University of Colorado Denver, she worked as a community navigator, connecting individuals to services provided by the Asian Pacific Development Center, a behavioral health clinic for immigrants and refugees in Aurora. Phung said she saw plenty of people afflicted by trauma, but many of them declined help. Their refusal nagged at her.

“I felt that there were other aspects of people’s lives that were stopping them from receiving services,” Phung said. “Their immediate need was to have a roof over themselves or to pay the next bill.”

Early in 2020, Phung encountered Dr. Lydia Prado, executive director of Lifespan Local, an organization that works closely with community groups and residents of the southwest Denver neighborhood of Westwood to meet their social, economic, cultural and health needs. Lifespan Local purchased a church in the neighborhood and is now at work transforming it into Westwood Redeemer. The renovated facility, targeted for completion in 2023, promises to offer mental health services, a law clinic, a community kitchen, daycare, early childhood education, a branch of the Denver Public Library, and other key services specific to the needs of Westwood.

The strategy of addressing the many social determinants of health immediately attracted Phung, who signed on with Lifespan Local in 2020 and continues as a public health educator. Prado wrote one of her two required letters of recommendation for the APHA/KP fellowship.

“It was the first time in my life that I felt I’d found the answer I’d been looking for in my career,” she said. As a navigator, Phung works in partnership with the Public Health Institute at Denver Health to address misinformation about COVID-19, focusing mainly on the Vietnamese community.

A commitment to breaking down barriers

With her Master of Public Health degree in hand, Phung said she plans to continue looking for ways “to bridge the healthcare system with community organizations and to fill the gaps and ensure a high quality of care for communities that have been forgotten for a long time.”

The APHA/KP fellowship promises to give her that opportunity. Beginning in September, she will work remotely with the Washington, D.C.-based Healthcare Anchor Network, a group of some 70 hospitals and systems that address the barriers to care that are already so familiar to Phung.

“My aspiration is to learn and implement ideas that I think might work in the communities where I have experience,” she said. “The fellowship is setting me up for great networking and new skill sets. I want to soak everything up like a sponge. And I want to help create a more inclusive healthcare system.”

Kristina Brandveen was born and raised in Petersburg, Virginia, a small town about 20 miles south of Richmond. But her strongest influences came not only from the shores of the nearby Appomattox River, but also from the islands of the Caribbean Sea.

Brandveen’s mother and grandmother owned businesses that provided home healthcare services in the area, which piqued her interest in the field. Her Caribbean-born father joined them in stressing the importance of schooling.

“They prioritized education as the way to succeed and excel in life,” Brandveen said. In her estimation, success also meant staying close to her roots with work that helped people building their lives in new worlds, as her family had.

“I wanted to work with immigrant communities in a way that was reflective of myself and that I could see myself doing long-term,” Brandveen said.


Lessons in public health at home and abroad

She got an early taste of that work as an undergraduate at Virginia Commonwealth University (VCU) in Richmond, where she earned a Bachelor of Arts degree with a concentration in Spanish Language and Literature. After graduating, Brandveen taught English for a year-and-a-half in the impoverished southern Mexican state of Oaxaca. She saw firsthand the social determinants of health, among them the inability to pay for high-quality medical care; lack of transportation; and poor access to nutritious foods.

The experience helped to drive an interest in global health, but while completing her undergraduate work in the United States, Brandveen also got a powerful taste of how tenuous life and health can be in her own country.

She was commuting from Petersburg to the VCU campus when her car’s engine blew. Without public transportation for the trip, she had to Uber to her on-campus job at the student center. She quickly realized that her traveling expenses ate up all her earnings, and she had to quit the job. As a result of that and other factors, Brandveen faced problems with finding a place to live. It was an eye-opening experience that fuels her ongoing commitment to combating homelessness.


A determination to fight homelessness

“I was working three jobs as a full-time undergraduate and faced housing insecurity,” Brandveen said. “I knew what it felt like to not have anywhere to live and to feel like no matter what you do and how much money you make, you’ll always be in this situation where you feel like it’s not enough. I persevered but it doesn’t mean that everybody else can.”

Brandveen also recognized that homelessness is a major problem for people in the immigrant and migrant communities she wanted to serve. More broadly, she saw the stigma attached to homeless communities shackled by environmental health risks, poor nutrition, mental health challenges, and lack of access to childcare, education, and health services, among many others.

“Housing insecurity is a public health problem,” Brandveen said simply. In 2021, she signed on to an open letter to Denver Mayor Michael Hancock, jointly written by health care professionals and students at the CU School of Medicine, protesting sweeps of homeless encampments as injurious and disruptive to those with few resources.

With her APHA/KP fellowship, Brandveen has an opportunity to find productive solutions to such challenges. She will be moving to San Diego to work with the Regional Task Force on Homelessness, an organization developing policies, strategies, and care networks to address the root causes of the problem.

Brandveen said the move is a good fit. San Diego is a border city with immigrant and migrant communities as well as a large homeless population in need of assistance. The work in a multinational, multiracial city also connects with her interest in global health.

Dr. Ashley Brooks-Russell, associate professor and director of ColoradoSPH’s Injury & Violence Prevention Center, has no doubt Brandveen will make good use of the fellowship experience. In her letter of recommendation to APHA/KP, she wrote, “It is clear to me that Kristina is committed to ongoing training and professional development to be a leader in public health, with a focus on health equity and global public health research and practice. I’m excited to see her coming closer to those plans and ambitions.”

Brandveen shares that excitement. “I’ll be working with an organization that supports people in vulnerable communities and helps to shield them from environmental stress,” she said. 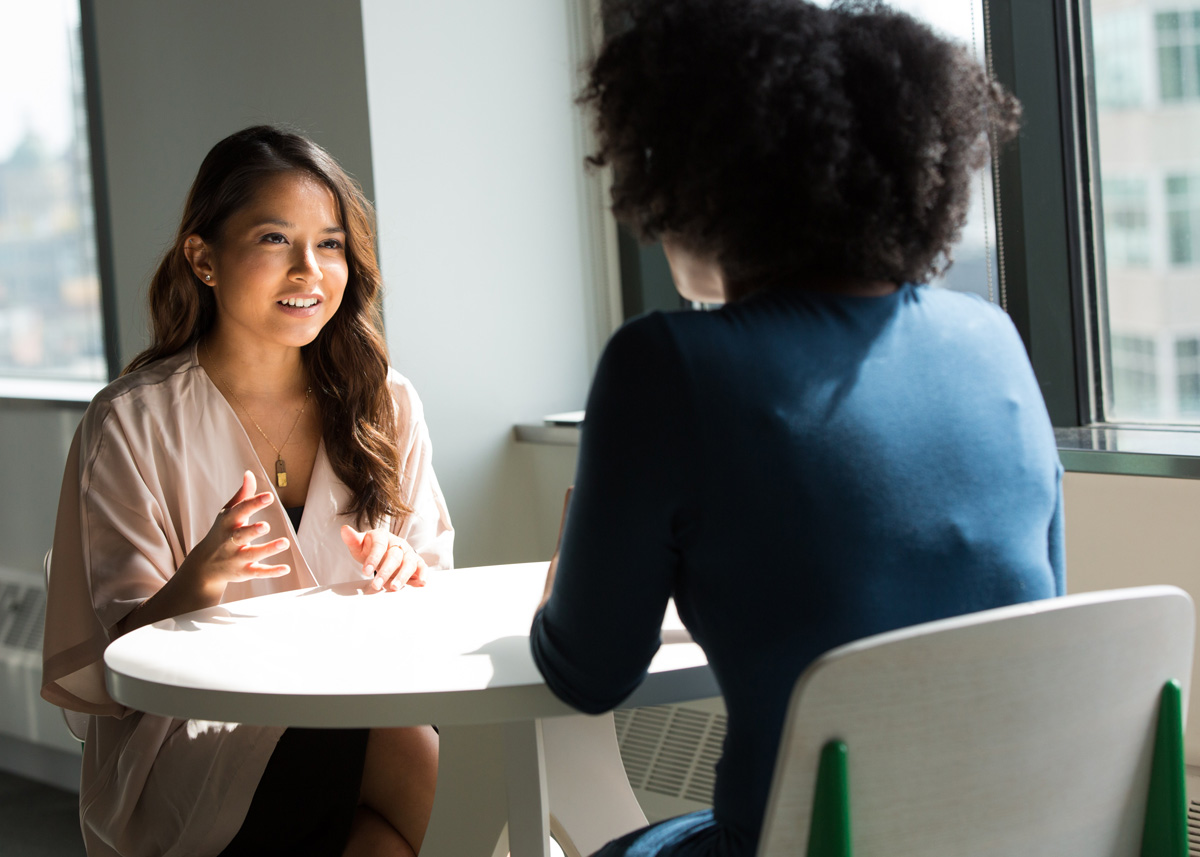 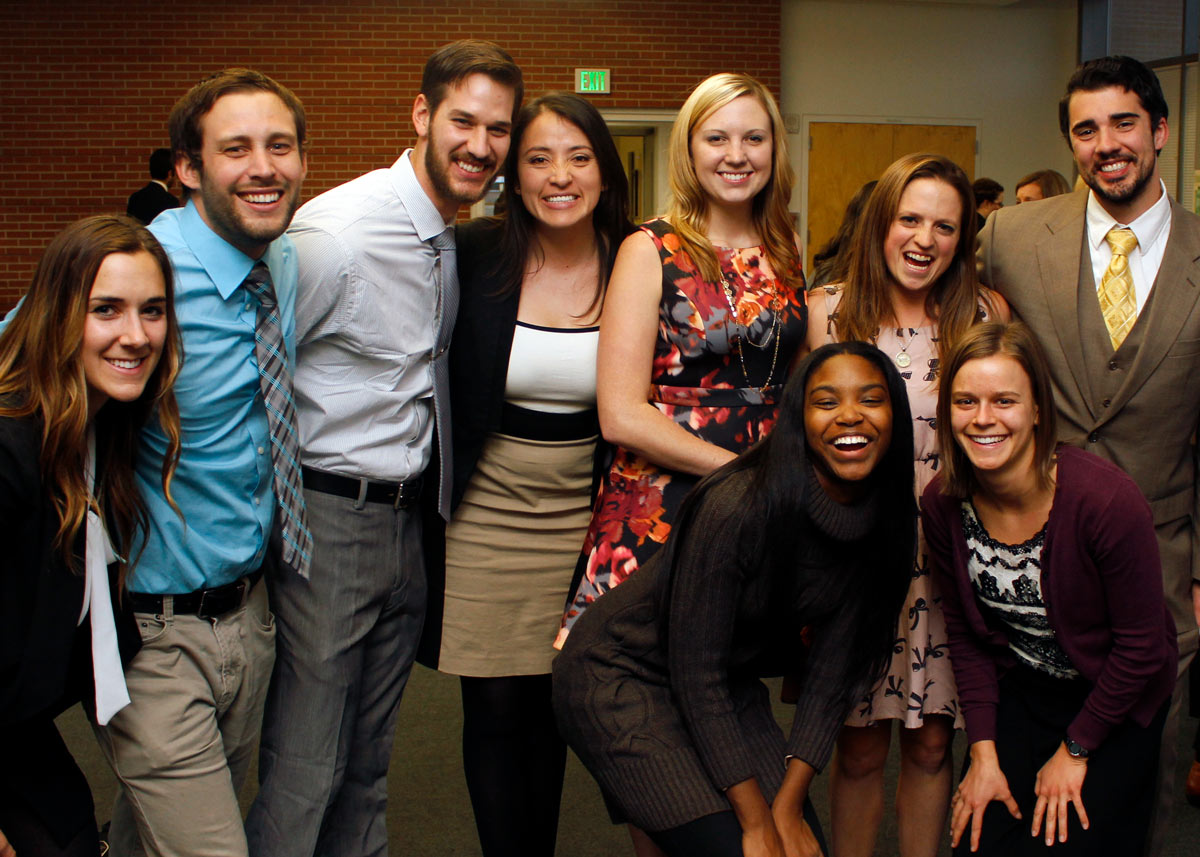 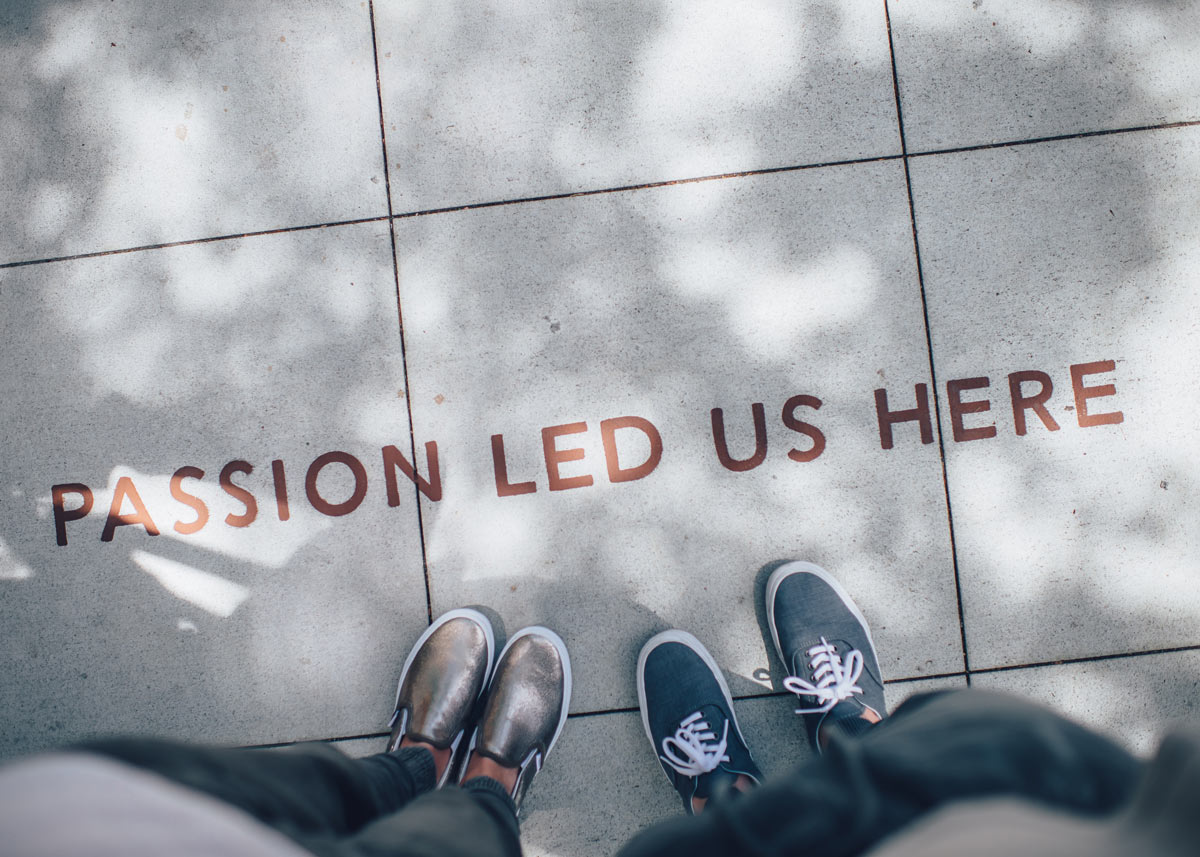 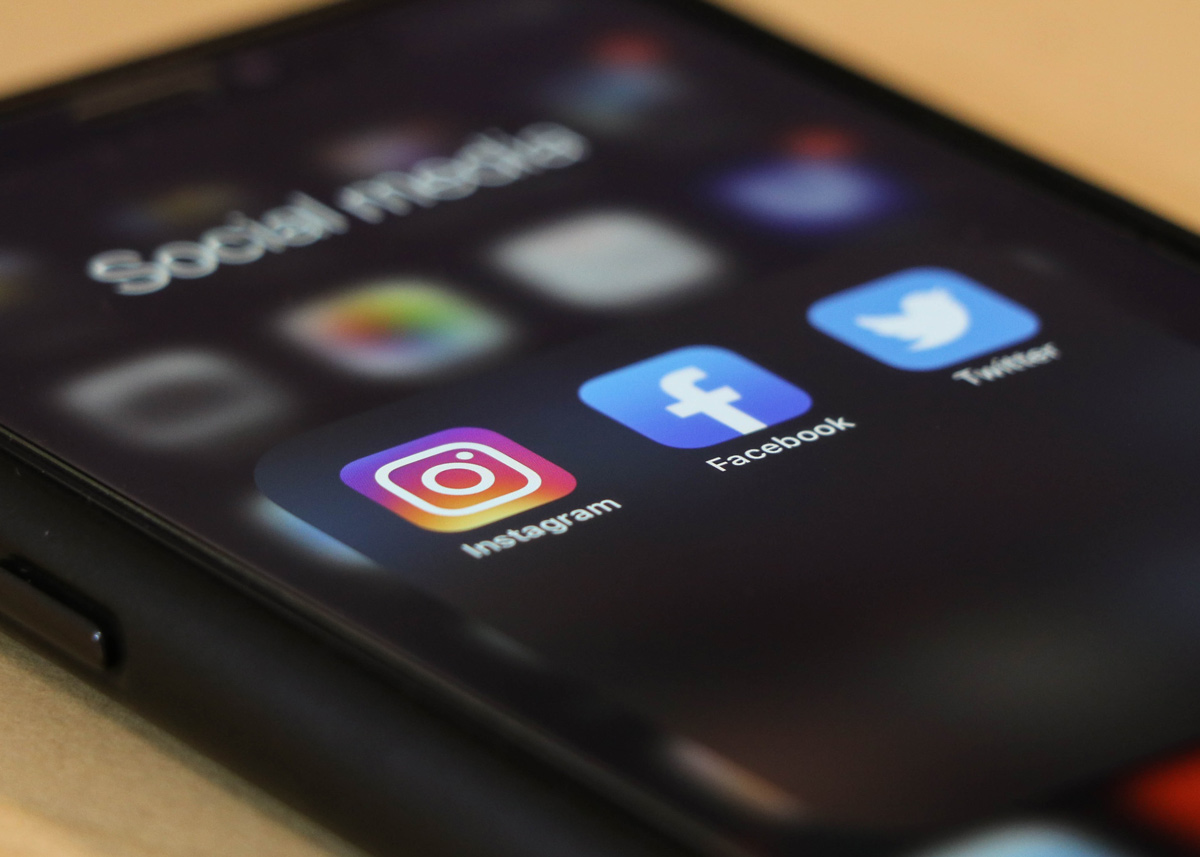 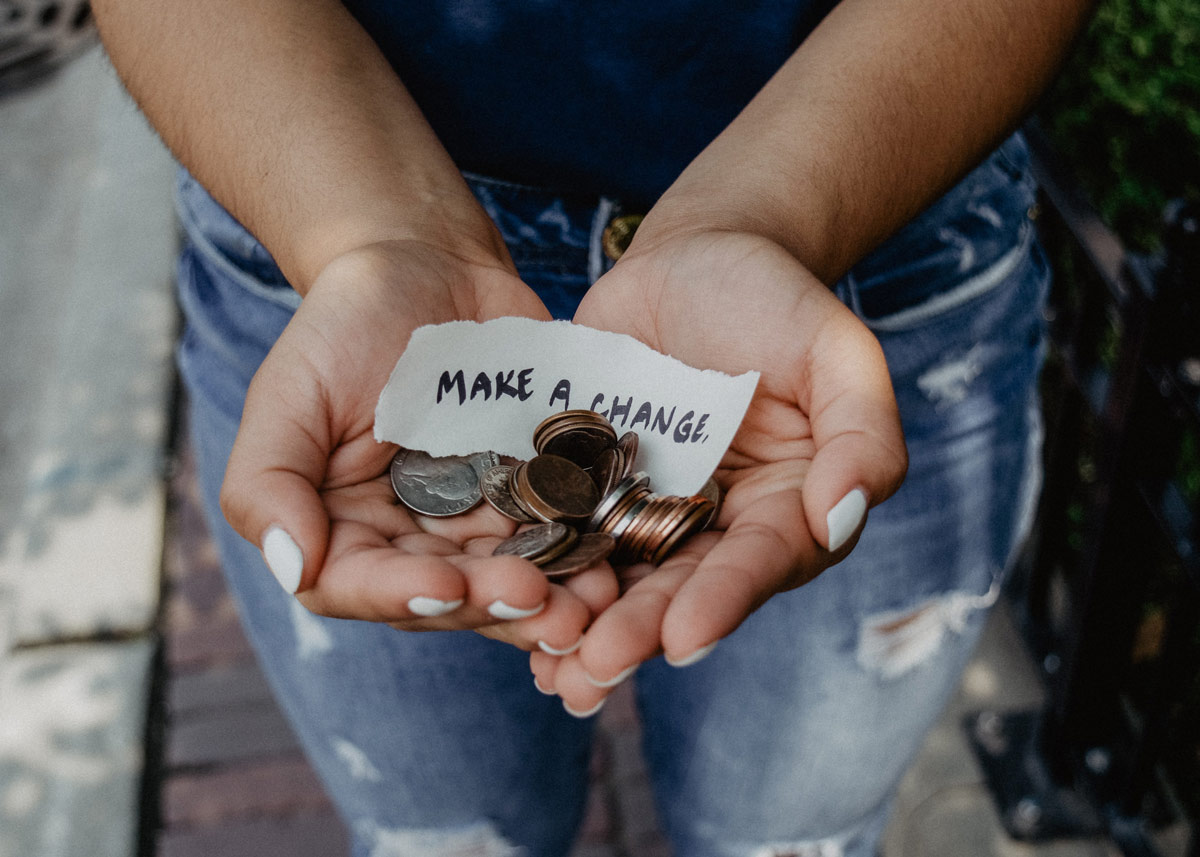