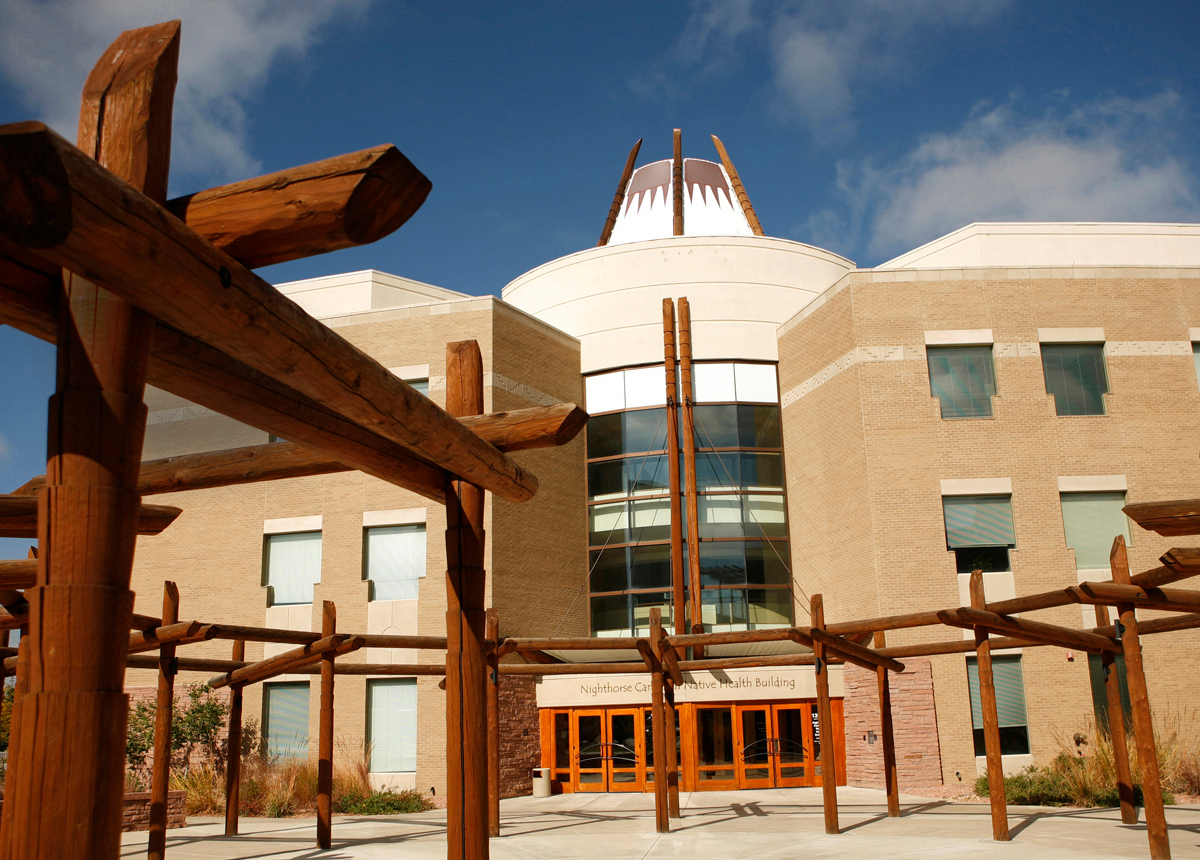 After decades of pioneering work proving the efficacy of telehealth services for remote American Indian and Alaska Native communities, Spero Manson, PhD, can paint any number of illustrations to make a point about reaching those in need.

For now, the director of the Centers for American Indian and Alaska Native Health (CAIANH) draws two.

The hospital grounds were modern and well-kept. A veteran soldier talked about being haunted by memories of service in Vietnam, and then pointed to the hospital’s mental health program—back then, a double-wide trailer parked on weed-strewn ground. Not only would everybody in the community see him walk down that sidewalk to the trailer for an appointment, but at the reception desk he might run into a family member.

“I’d rather be thought drunk than crazy,” the Marine told Manson.

Manson’s other portrait of the urgent need for more telehealth is from a point Western health leaders made to the Department of Veterans Affairs (VA). They invited VA officials considering telehealth programs to visit Canyon de Chelly in Arizona, a significant tribal center. Then they asked those officials to find transportation to the nearest VA facility, as local tribal members would be forced to do.

Hitchhiking, waiting for a bus, walking and then driving back made for an 8-hour day, for one appointment. Point taken.

Since coming under the aegis of ColoradoSPH at the school’s creation in 2008, the Centers for American Indian and Alaska Native Health have further cemented the role of telehealth in the care of veterans nationally, and in expanding mental health services for remote tribal areas reporting high levels of substance use and trauma. CAIANH now offers 12 telehealth psychiatry clinics across the U.S. heartland, reaching residential substance abuse treatment centers in Alaska, primary care programs, and a wide range of researchers on the University of Colorado’s Anschutz Medical Campus and elsewhere.

The VA has endorsed CAIANH’s groundbreaking research by paying for innovative treatment models such as tribal ceremonies offered before and after military service, which CAIANH researchers proved could minimize veterans’ experience of PTSD. Study after study has backed the effectiveness and cost-savings of telehealth through the VA and Indian Health Service.

Moreover, the center and ColoradoSPH have trained 52 Alaska Native and American Indian MDs and PhDs “to replace us aging folks” in leadership, Manson said, smiling.

“It’s incredibly rewarding work,” said Doug Novins, MD, associate director of CAIANH, professor of psychiatry at the CU School of Medicine, and chair of the Pediatric Mental Health Institute at Children’s Hospital Colorado. “We get to help communities that have been marginalized and have not gotten a lot of support. It always feels like we’re making a difference and that makes the work a lot of fun, and very meaningful.”

Like other research and practice hubs based in ColoradoSPH, such as the Center for Global Health or the Latino Research and Policy Center, CAIANH provides a wide array of academic resources for the CU Anschutz Medical Campus. From its quiet headquarters in the artistic showcase of the Nighthorse Campbell Native Health Building, CAIANH encompasses dozens of professors teaching courses and conducting research on key tribal and societal questions.

But the emphasis on telehealth makes CAIANH unique in that it hosts psychiatrists and other professionals using telehealth hookups inside the building to conduct long-distance patient assessments, prescribe medicines, supervise cases and offer other technical assistance. For hours of the day, it’s a working clinic, with the twist that clients may be speaking from Anchorage, Alaska, or northwestern New Mexico.

The faculty and collaborators’ published research has helped spread the integration of mental health and substance use treatment with primary medical care. Tribal-wide screenings for depression symptoms have helped lead states to broaden insurance payments for mental health treatment. And research into best standards for PTSD treatment is ongoing, with military veterans sometimes making up as much as 40 percent of the population on reservations.

“There are a lot of examples where our work has made a substantial difference,” Manson said.

CAIANH has been a natural fit with ColoradoSPH in part because the typical tribal approach to health has always been a community-wide practice, Novins said.

Tribal health officials “think first about the health of the community overall, and what to do in their services to support healthy child development or good parenting, how to prevent diabetes and other prevalent disease,” Novins said. “It’s not that they don’t want good clinical services—they do—but what they really prefer is robust prevention and surveillance programs.

“Work with tribal communities fits incredibly well with the mission and values of the Colorado School of Public Health.”