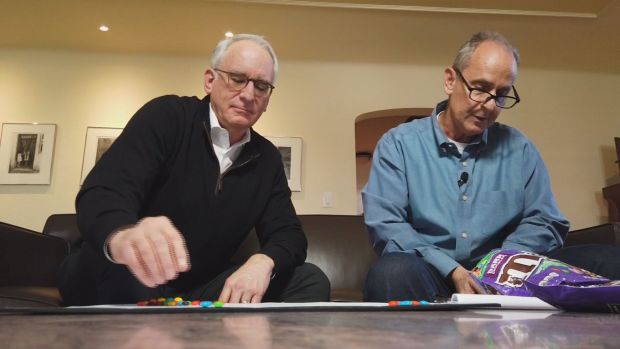 Watch the video interview on CBS4

Dr. Lee Newman, an expert in epidemiology at the Colorado School of Public Health, was asked how he would respond to members of the public who suspect the coronavirus crisis is an overreaction or media hype.  “If you don’t believe it now, wait a few days. The only problem is we can’t afford to have you wait a few days.”

During an interview Monday, Newman said everyone needed to immediately take the crisis seriously or face potentially grave consequences.

“This is a war against this virus. We are all soldiers in this war, and we each have a job to do. To stop this contagion. We each have to take personal responsibility.”

Newman said the disease is growing exponentially in Colorado, from the first two cases on March 5 to 160 confirmed cases as of March 16, based on limited testing. He said the growth curve suggests the number of positive tests could easily top 1,000 within a week and if unchecked, could grow vastly larger by the end of the month.

“If we don’t have a slowing down of social contacts, and if the math on this follows a true exponential curve, then yes, it could be in the tens of thousands by the end of this month. I think we struggle to understand numbers like this.”

The doctor cautioned his estimates are just that, and could vastly change depending on the impact of social distancing and other precautions being urged by health authorities, like washing hands, staying at home, and cutting out non-essential trips.

He said if people follow those recommendations, ”we have a chance to head this off, but if we don’t we’re going to be having just overwhelming numbers of people being affected.”

As he worked from home Monday afternoon, Newman said if preventive efforts fall short and the numbers do become massive, Colorado hospitals could be overwhelmed by critically ill patients.

“So very soon you can see how the number of beds in the state for the people who are most critically ill from coronavirus are going to fill up. You’re having to make some hard decisions.”

“The solution”, said Newman, ”is going to come from people accepting this is happening. I think that it comes down to people having trust in their health departments. It may be hard for people to accept this, but they are going to have to lay trust in the numbers and the advice they are getting from the scientific community.”