Opinion: The world is on fire from COVID-19. If we work together, we can put out the flames.

No country will be safe from the pandemic until the rapid spread is stopped everywhere, especially in large countries living in poverty. 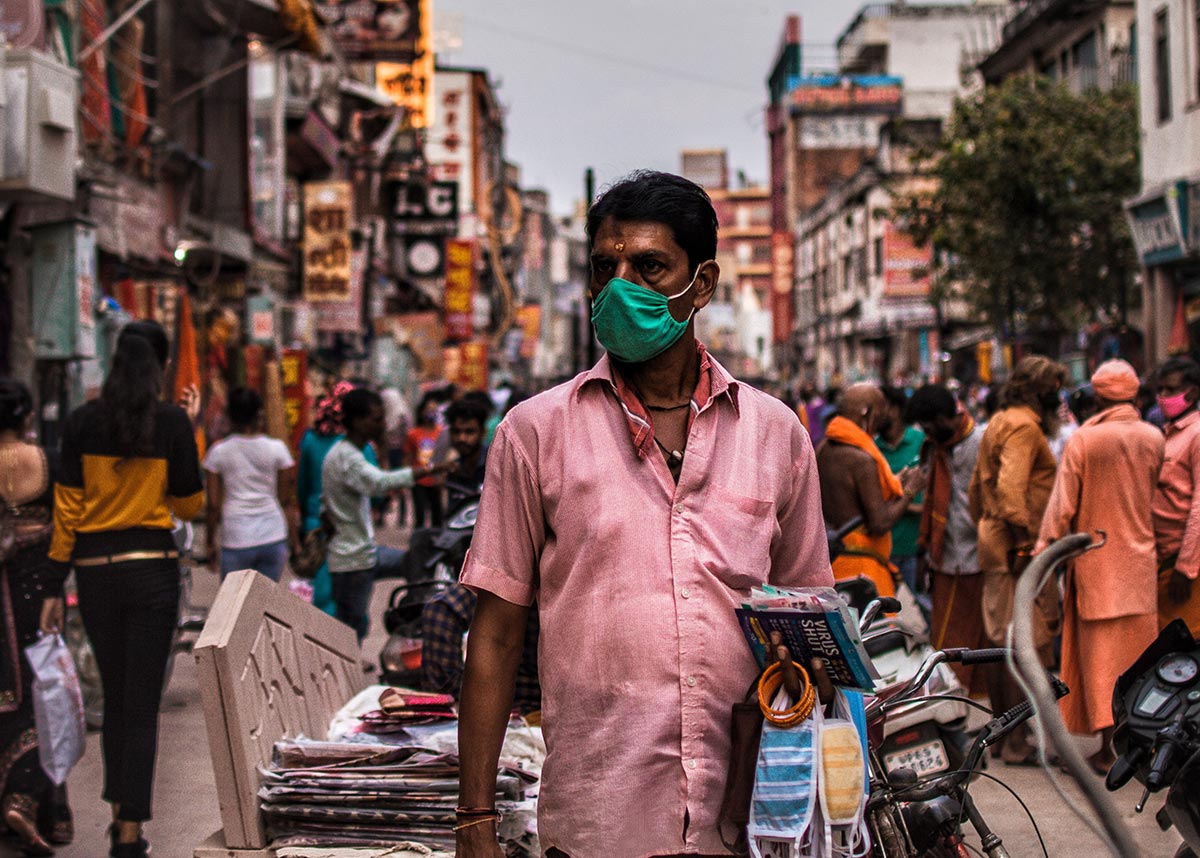 The concept of global health addresses health care issues and concerns that transcend national boundaries and are best addressed by cooperative actions and solutions. The understanding of this concept  has never been as important in human history as today with the COVID-19 pandemic.

We are engaged in a global effort as we mobilize the resources needed to contain the pandemic fires.

But instead of uniting around cooperative actions and solutions, the worlds’ nations have adopted a politically expedient but shortsighted strategy of focusing almost exclusively on their domestic situations.

We cannot contain the COVID fires if countries’ activities fail to transcend national boundaries. While wealthier nations that have made progress in vaccinating their populations, like the United States, believe that they are about to vanquish this COVID threat and return to normalcy, they are wrong.

No country will be safe from this virus until the rapid spread is stopped everywhere, especially in low- and middle-income countries with large populations living in poverty. The fire is erupting in many of these nations, and we need to respond as if our neighbor’s house is on fire.

The inherent instability of the genome of the virus creates genetic mutations as it replicates in its human host.  Some mutations are deleterious to the virus itself; some have no consequence for its viability, and some allow the virus to replicate faster and spread more easily in people.

These dangerous mutations will continue to emerge, especially in hot spots where vaccines are not available.  These more aggressive variants will continue to spread rapidly throughout the world, becoming the dominating circulating viral strain — until an even more transmissible and dangerous strain emerges and spreads in a survival of the fittest struggle among the strains.

This evolution explains why countries that could contain the spread of the virus initially with public health measures such as masks, social distancing and good hygiene, like Taiwan and Vietnam, now face major new outbreaks.

The United Kingdom just reported that the variant initially discovered in India (the “Delta variant”) has now become the dominating strain in the UK – against the background of the already-mutated UK strain.

In Colorado, an India variant is now causing an increase in hospitalizations in Mesa County, which issued a public health alert on Wednesday.

Infectious disease experts warn that failure to control transmission in hot spots throughout the world greatly raises the risk of genetic mutations arising that could overcome the protection now offered by our vaccines and put us at risk, whether vaccinated or not.

Out-of-control hot spots are raging fires, and if we do not act to put them out now, they will inevitably spread to the United States, in spite of any border controls that may be put in place.

The pandemic is also destabilizing and destroying the social fabric of many middle- and low-income countries in Asia, Africa, and Latin America. Many poor people live day to day, so not working means not eating. Lockdowns cause starvation for these families and are politically unacceptable solutions. Overwhelmed health care systems in these parts of the world become non-functional due to insufficient capacity, lack of personal protective equipment (PPE), lack of oxygen and medical supplies, and the loss of doctors, nurses, and other hospital staff.

Not surprisingly, people are feeling defeated and becoming despondent and overwhelmed with grief, frustration, and anger. Their feelings of hopelessness and inability to believe in a better future fuel the growth of terrorism, anarchy, and civil war, and lead to failed states.

We still have time to turn this around, but our strategy must change. Having wealthy countries like the U.S. and Europe donate even hundreds of millions of vaccine doses is a drop in the bucket compared to the need for billions of doses; not nearly enough to influence the outcome.

The world must face this crisis united and committed to victory.

We need a new worldwide strategy that will fund and coordinate our activities. This must be a global “Manhattan Project” like effort with the following components:

1. Policy makers and government agencies throughout the world need to strongly endorse the use of  both the two-shot AstraZeneca and single-shot Johnson & Johnson vaccines. These vaccines can save millions of lives compared to the far smaller risk of the complication of brain blood clots in hundreds of vaccine recipients. In many countries, awareness and early treatment of these blood clots will greatly reduce deaths from these complications.

2. The world’s multinational pharmaceutical industry and democratic countries must recognize that their responsibility to the world is more important than short-term return of investment to shareholders and political ideology. Companies must be enticed to share their technical knowledge to vastly increase high-quality low-cost production facilities throughout the world, whether by suspending patents or by other means. Wealthy nations must fund the start-up costs for these production facilities. Companies that participate in this effort will be rewarded in many ways by consumers and governments.

3. The world’s wealthy nations, NGOs and private philanthropy must collaborate and coordinate to stabilize the hardest hit areas of the world by supporting crumbling health care systems with PPE, oxygen, ventilators, medical equipment and when possible staff.

4. The world’s wealthy nations, NGOs and private philanthropy must collaborate and coordinate to provide the logistic support for national vaccine initiatives in the hot spots of low- and middle-income countries. Funding is needed to hire and train vaccinators, build and maintain vaccine distribution systems, and implement monitoring data systems to accurately assess disease rates and vaccination levels.

There is still time to respond to this global health crisis if governments put aside other disagreements to contain these rampant out of control COVID fires that threaten the entire world.

These fires transcend national boundaries and must be addressed by cooperative actions and solutions. As President Biden meets with the world’s leaders during his current trip to Europe, the need to contain the COVID fires must be a top priority.

This op-ed originally appeared in the Colorado Sun.

Dr. Stephen Berman is professor of public health and pediatrics at the University of Colorado School of Medicine, director of the Center for Global Health at the Colorado School of Public Health, a longtime pediatrician affiliated with Children’s Hospital Colorado and a past president of the American Academy of Pediatrics.