Stigma and discrimination against Asian Americans on the rise 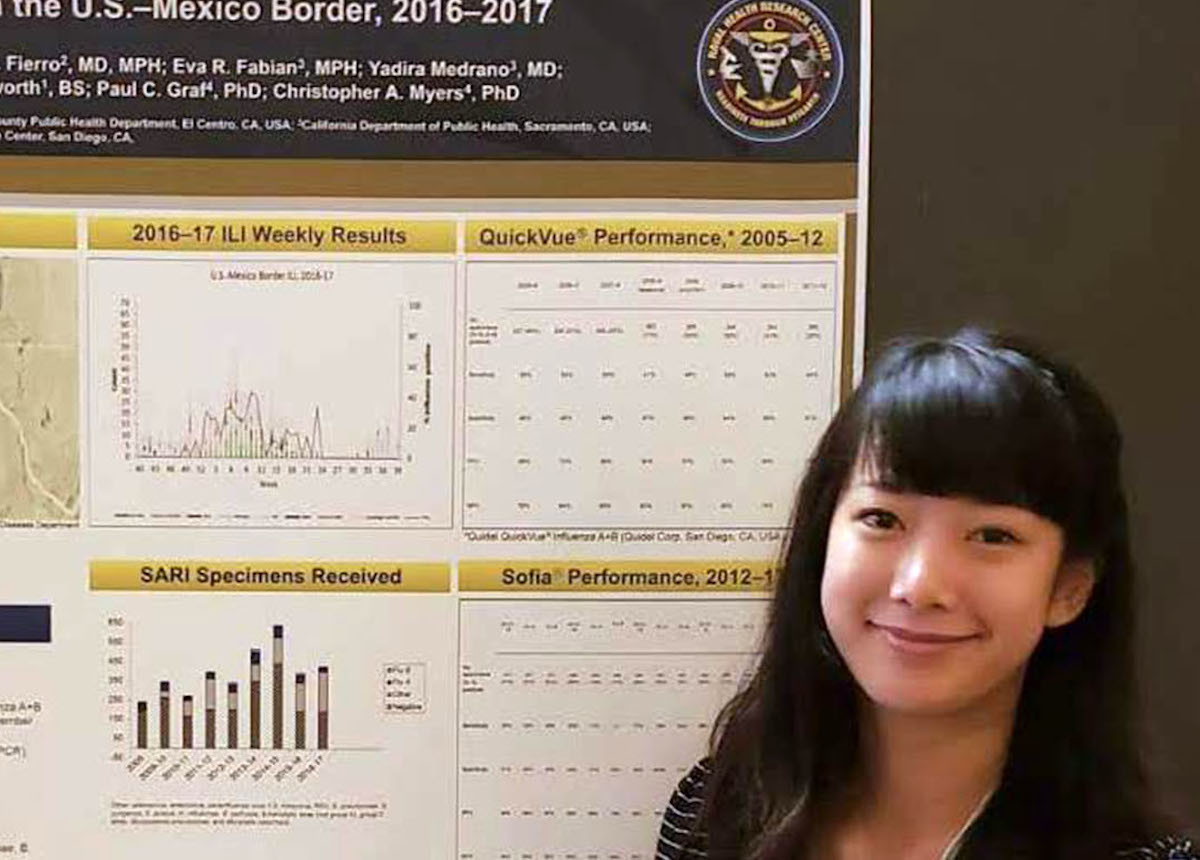 The ongoing COVID-19 outbreak has interrupted daily life as we know it. For Asian Americans, however, this virus has brought more than just social disruption and a lack of paper products. Incidences of stigma, discrimination and occasionally outright violence have erupted across the world.

June Homdayjanakul, MPH, a doctoral student in the Colorado School of Public Health (ColoradoSPH) in the Department of Community and Behavioral Health, has experienced this firsthand. June is Thai-American, born in the United States and her family lives and owns businesses in Aurora.

“As an Asian-American person, I’ve always known what discrimination and racism was, because I’ve experienced it my whole life,” she said. Growing up, Homdayjanakul said she had no reason to see herself differently, but she started noticing other people’s actions toward her and her family. “I’ve learned over the years that not everyone sees me the same way.”

The increased anti-Asian sentiment in the United States has become starkly apparent to Homdayjanakul even over the past week and a half. From the grocery store clerk who used hand sanitizer before and after scanning Homdayjanakul’s purchases (but not other customers), to the empty seats beside her on the airplane that no one wanted to sit in, to a friend’s relative who immediately demanded to know where she came from and called her ‘an Orient’, Homdayjanakul said, “It was hurtful. I didn’t do anything, and I wasn’t showing any signs of being sick.”

“Why am I being other-ed?” Homdayjanakul remembered thinking. “People make certain assumptions about me, that I’m dirty or spread diseases, based on how they perceive my physical appearance. This is occurring to other Asian Americans on a large scale.”

As a doctoral student, Homdayjanakul is working with faculty advisors Thomas Jaenisch, MD, PhD, and May Chu, PhD, who are soon starting work on a project to ensure COVID-19 testing is on track in Africa and South/Central America. As a member of the public health community, she said the stigma and discrimination feel especially hurtful.

“I’m trying to help,” she said. “The discrimination is really unfounded and is a result of xenophobia. People don’t discriminate against Italian Americans despite the high numbers of cases in Italy, and you have to stop and ask why that is.”

Soyon Bueno, director of Asian American Student Services at CU Denver, called the rise in incidences of stigma and discrimination against Asians across the country “heartbreaking”. Bueno said, “Some of our leaders are responsible for failing to create a safe space for Asian Americans.” For example, President Trump has repeatedly referred to the virus responsible for COVID-19 as the Chinese virus.

Both Homdayjanakul and Bueno voiced concern over the stark decline in patronage of Chinese restaurants; Homdayjanakul cited fake online reviews and false reports of disease in staff that damaged restaurants’ reputations even before COVID-19 came to Colorado.

The anti-Asian atmosphere is not unique to Homdayjanakul. Bueno said she’s heard countless reports from Asian-American students about incidences of discrimination, including maintaining extra distance while out walking, fears about sharing elevators, comments about the perceived types of food that Asians eat, etc.

Homdayjanakul highlighted elderly Asian people as being particularly at risk. “Not only are they stuck at home due to the risks posed by COVID-19, but they are also aware of the growing anti-Asian sentiment that exists in the community, and they are afraid.”

To combat these incidences, Bueno and her staff recently sent students an email with one core message: You belong here. “If you are a bystander and it is safe,” Bueno said, “please say or do something to mitigate the bias incident and hurt.”

Virus could have come from anywhere

Chu, one of Homdayjanakul’s advisors, recently said on a podcast that this virus doesn’t play favorites. “At the very beginning, when it’s unknown and people are fearful, they look to ascribe the blame on something or somebody. It seemed very easy to castigate the Chinese for this virus, for things such as their eating habits. But in reality, this virus could have come from anywhere. It doesn’t care about what race or ethnic group you are. It will infect you if your body accepts it.”

Homdayjanakul pointed to the case of the 1918 Spanish Flu, which killed over 50 million people worldwide. “That one didn’t even come from Spain,” she said. “That originated in the United States, most likely Kansas.”

Homdayjanakul said, “It’s been interesting to see how racism re-emerges. People don’t become racist or choose to discriminate overnight; events like the COVID-19 outbreak allow existing stigma to re-emerge, and people use it to justify their actions.” She added, “Outbreaks can’t be stopped by individuals alone – it requires a collective effort. There’s no room for hatred or fear or stigmatization.”