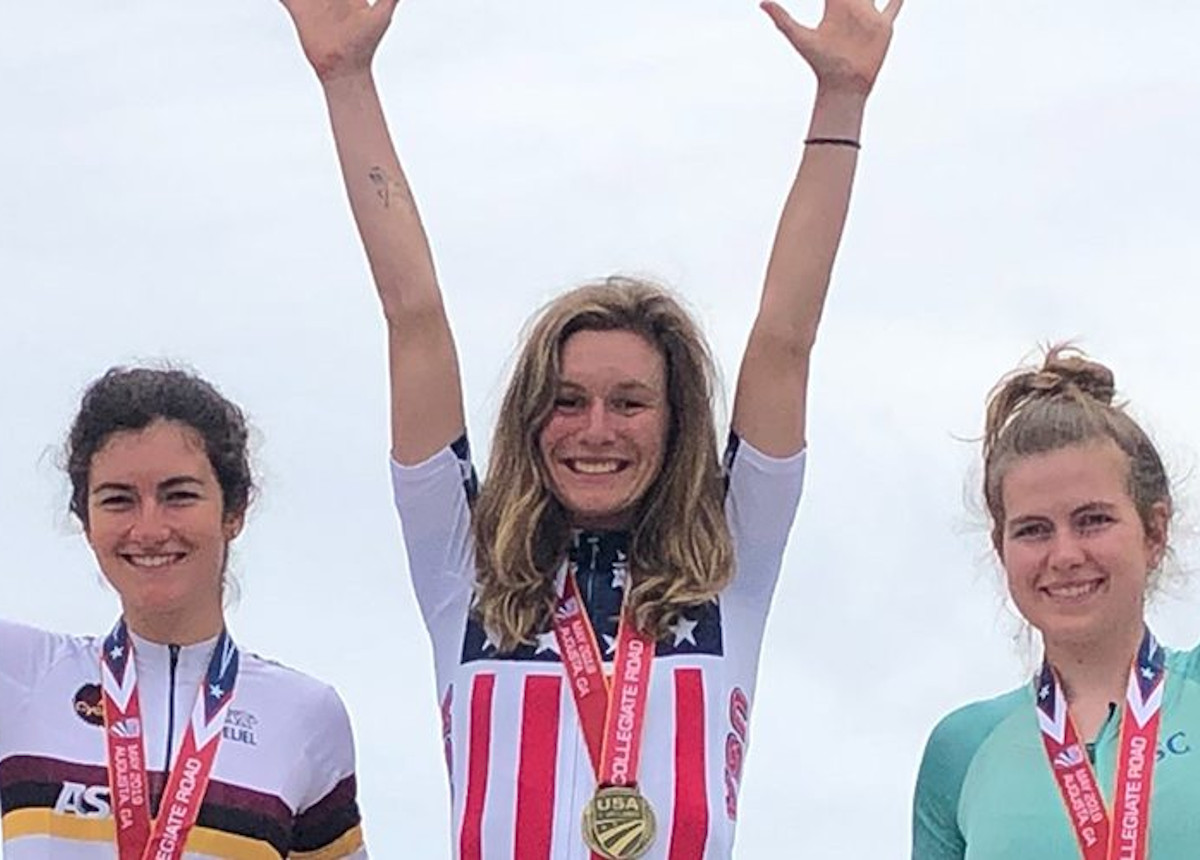 At a road cycling race three years ago in Los Angeles, Lauren De Crescenzo’s life changed forever. The pro cyclist was leading a teammate in a down-the-stretch sprint when she flipped over her handlebars at the finish line, landed on her head and suffered a traumatic brain injury.

De Crescenzo was airlifted to a hospital, where the doctors induced a coma for six days. She was then transferred to Craig Hospital in Englewood and she spent five weeks there. When she woke up in the hospital, she had no memory of her fall; her dad had to explain to her what happened. Her spinal injury, it turned out, was just millimeters from leaving her with paralyzed legs.

To say De Crescenzo is determined would be an understatement.

She started studying for the GRE while in the hospital; she just wanted to focus on anything that wasn’t her injury. She enrolled at the Colorado School of Public Health in fall 2017 and graduated last week at the CU Anschutz Medical Campus with a Master of Public Health with a concentration in epidemiology. She had an interest in public health before her accident, minoring in global health during her time as an undergraduate at Emory University.

Asked how long it took to get back on a bike, De Crescenzo said, “Not as long as my parents hoped. I tried to quit, and it lasted about three weeks.” She didn’t want to look at a bike at the rehab center, but a friend, Timmy Duggan, slowly convinced her to get back on a bike.

Duggan, a racer who also suffered from a traumatic brain injury (TBI) in 2009, was her inspiration for her epic comeback. In 2012, he went to the Olympics.

“I’m not ruling it out,” says De Crescenzo, said of her own Olympic aspirations.

Another long-term goal is to be an injury epidemiologist, and she is well on her way. She wants to work in traumatic brain injury prevention as well as possibly conduct research into helmet safety.

Severe depression became a very real consequence of her injury.

“Any big physical trauma comes with mental trauma. That was a big part for me,” she said. “There needs to be an even bigger focus on the emotional, cognitive side effects.”

Going back to school helped her tremendously. Her self-identity changed; before her accident, she thought of herself just as a pro cyclist. Going to school helped her redefine her life and focus her energy on her studies. Her master’s capstone looked at a disease classification manual and how it recorded TBI-related ER visits and hospitalizations.

Her injury put everything into perspective. “Compared to the emotional pain of almost losing everything, physical pain almost doesn’t have an effect on me. The physical pain is temporary and doesn’t seem so bad anymore.” In talking with Duggan she had someone to relate to and didn’t feel so alone. “I wish there was a way for every healthcare professional and researcher to talk to someone who has gone through it because it’s hard to understand the emotional turmoil that it puts you through.”

When asked what she would like to tell someone who has also suffered a TBI, De Crescenzo said, “Never give up. It’s going to get better, and don’t be afraid to get help if you need it.”