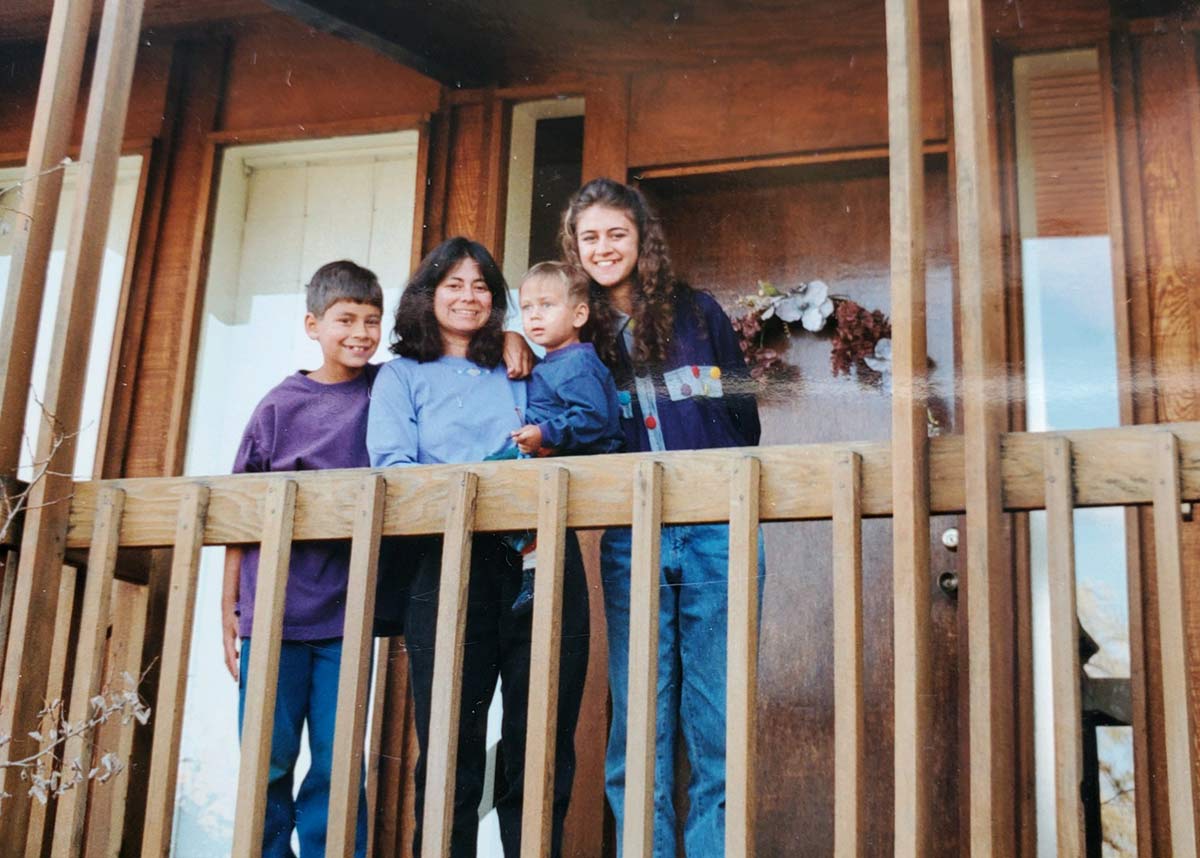 Like many Boulder families, ours has been struggling this week to process the shooting that happened at our Table Mesa King Soopers grocery store, a place that has been a part of our family and our home for decades.  My uncle worked at this store in the 70s, and my parents shopped here when I was a baby. When our family moved back to Boulder in 1993 after several years away, my mom bought a house in Table Mesa, and King Soopers became our neighborhood store.  My mom still lives in that house and, until the pandemic, shopped there multiple times a week, carefully organizing her shopping lists in the order in which items were located in the store.  We used to joke that she could find ANYTHING there.  “Mom, where did you get that scarf?  That new kitchen tool?  That random animatronic toy?”  “King Soopers!”

When I moved back to the area in 2010, I was relieved to find my own King Soopers in Louisville - a place where I knew I’d run into my neighbors, where my kids could get free cookies and ride the mechanical horse for a penny just like I did as a kid.  On occasions when I would shop at “Mom’s King Soopers” in Table Mesa, I would have to budget in an extra 10-15 minutes to chat with parents of a childhood friend who I would inevitably run into there.

When COVID-19 hit, Mom switched to ordering her groceries from King Soopers online.  Over the past year, the King Soopers team and shoppers just like Lynn Murray, who was killed in Monday’s attack, have been keeping my mom safe by bringing her food every week.  After the shooting, as my siblings and I huddled with my mom over the phone to comfort each other, my brother and I both confessed that we used to sneak out of the house as teenagers to meet up with friends and walk the King Soopers aisles since they were open 24/7.  My mom’s response: “If I had known that’s where you were, I would have felt like you were safe.”

Knowing what to do with the loss of that sense of safety, that violation of a place and a community that has been such a part of our family for so long, has been challenging.  I’ve had to tell myself that it’s ok to feel this hit so hard and so personally, while also feeling solidarity and compassion for the countless other communities – in our state and around the country – who have been through this before us.  Whether that’s as recently as last week in Atlanta, 9 years ago in Aurora, or 22 years ago at Columbine High School, I feel a deep connection with other communities that have had safe spaces turned into sites of violent massacres in an instant.  My heart also aches for the families of so many other humans in cities and towns across the country who have fallen victim to America’s fundamentally broken relationship with guns.

Our family’s conversations in the days since the King Soopers shooting have turned to the stages of grief.  My mom pointed out that the typical “five stages” have been updated to include elements beyond acceptance: working through, reconstruction, and hope. What can we do to make sure that THIS TIME is different, to take the pain of this tragedy and turn it into meaningful action to reduce the risk that other communities will suffer the way that ours is suffering now?  The good news is that there are lots of great ideas about what we can do: we can finally treat gun violence as the urgent public health threat that it is and enforce responsible gun ownership and account ability through evidence-based approaches that are similar to tools we use to regulate cars. Nicholas Kristof’s NYT op-ed (originally published in the wake of the 2017 Sutherland Springs church shooting and re-published after this past week’s two mass shootings) neatly lays out a series of straightforward, common-sense, broadly popular actions that could go a long way towards stopping mass shootings and “routine” gun deaths from homicides, suicides, and accidents.  These include widely discussed measures like universal background checks and limits on ammunition purchases, as well as reforms to liability and insurance requirements to make sure that gun owners and suppliers are responsible for their impacts on society as a whole. Some argue that those of us who call for action are “politicizing” a tragedy.   But the truth is that failure to act is a political choice.  There are basic and effective steps we can take right now to keep all of us safer while preserving Americans’ Second Amendment rights.  I strongly urge my elected representatives and lawmakers at all levels of government to work together with public health experts and community organizations on actions to make all of our communities safer.  We are decades past “enough is enough.”