Does Vaping as a Smoking Cessation Tool Outweigh its Risks to Youth? 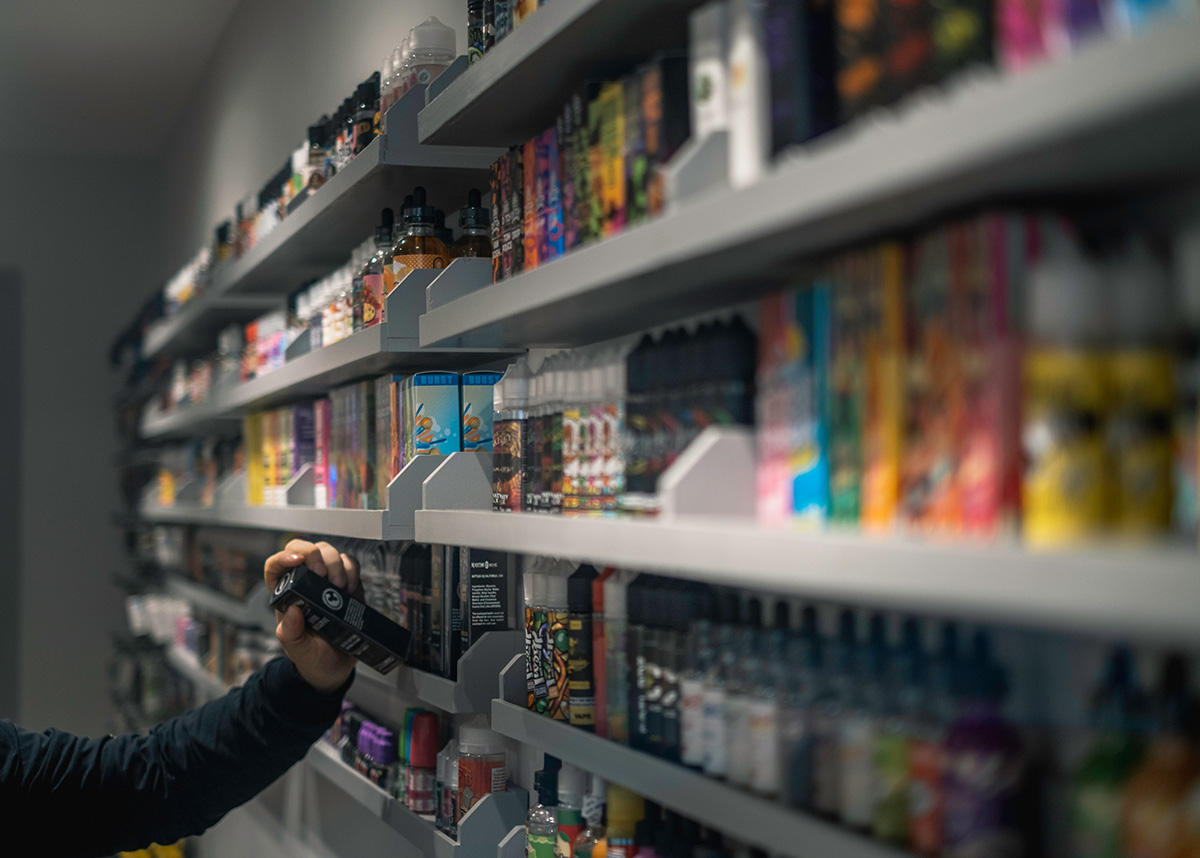 After 15 years of unauthorized vaping products being marketed across the country, the Food and Drug Administration (FDA) on Oct. 12 gave its first-ever e-cigarette approval – three devices made by the company Vuse.

Until recently, the FDA chose not to act in regulating a market that, as longtime smoking-cessation expert Arnold Levinson, PhD, said, “took our kids by storm.”

Now the administration has mandated applications from vaping manufacturers that require they prove, among other things, that the products are “appropriate for the protection of public health.”

The FDA has rejected many of these applications, particularly for flavored vaping products. It has yet to rule on a stack of others, including for the popular vaping brand JUUL.

The FDA based its Vuse ruling largely on 50 studies with more than 12,000 participants that suggested e-cigarettes were an effective tool in helping adult smokers of combustible cigarettes quit. The benefit, it said, outweighed the risk to the country’s youth.

The decision ignited a firestorm of controversy, with anti-tobacco groups, including the American Lung Association, criticizing the move, which many call premature.

Below, Levinson, a professor with the Colorado School of Public Health and a member of the University of Colorado Cancer Center, weighs in on the decision, emphasizing that he has not seen all the data the FDA considered. Levinson has focused on tobacco control and health behavior research for 25 years. His interview has been edited for length and clarity.

What was your reaction to the news of the approval?

It was dismaying on multiple counts. The FDA should never have let the horse out of the barn by allowing these on the market in the first place. This was something the FDA could have intervened in long ago and didn’t. So anything that it does now, in my view, is trying to make a bad situation better at best. It’s certainly not fixing the situation. And my reaction on this is: I think it’s premature. The evidence of the effectiveness of these e-cigarettes for quitting smoking is still mixed.

What are your ideas on better solutions to the problem?

There could be any number of ways to make this better. I see no reason why e-cigarettes as a quitting device should be a commercial, for-profit, over-the-counter product. Why can’t we make them pharmaceutical products and regulate them the way that we do with other nicotine-replacement products? Right now, any kid can try to pass as an adult and buy e-cigarettes. They would have a much tougher time trying to buy nicotine patches. Let’s do something a little more comprehensive and effective in keeping these things out of the hands of kids if we are going to make them available to adult smokers.

Is there evidence that vaping can be a gateway to smoking for youth?

There are tons of research about it, and a general conclusion seems to be that: Yes, kids do take up e-cigarettes – kids who didn’t fit the profile of a kid who would take up smoking – and are then more likely down the road to take up cigarette smoking. But we are right in the middle of this. We don’t really know all the trajectories that are playing out.

We don’t even know for sure all the health effects of vaping, correct?

We don’t. But the initial evidence is that this vapor is harmful to the lungs. We don’t know how harmful. I am confident that people who are destined to smoke cigarettes for the rest of their lives would be safer if they switched to the e-cigarettes. The problem is, we don’t know who’s destined to smoke for the rest of their lives rather than quitting, and we don’t really know what the harms of the e-cigarettes for a lifetime would be.

Some early evidence suggests vaping can be more addictive than smoking. What can you tell us about that?

Some of the major manufacturers have found a way to produce a nicotine compound called a nicotine salt, which is less harsh on the throat when you inhale it, so you can inhale more. These nicotine salts deliver a much higher amount of nicotine than you would get from smoking cigarettes. So it’s true that you can get more addicted to at least some e-cigarette products.

What do you think about the banning of some flavored products; is that a step in the right direction?

Yes, absolutely. It should have been done a long time ago. They never should have been allowed to market the flavors. There’s no question that flavors have made the e-cigarettes more attractive to kids.

The next question I think in the flavor department is menthol.

What can you tell us about the menthol controversy?

The FDA has said it is going to move toward banning menthol over the next year. Menthol matters in both combustible cigarettes and in e-cigarettes. In e-cigarettes, it makes them taste minty and makes them again less hard on the throat. Menthol has a very temporary numbing effect, so that’s one of the reasons why it’s in there.

But the tobacco industry has made clear that they are going to fight it. And they are going to use one of the most cynical campaigns that I’ve ever seen them use, which is to say: Because more Black adults smoke menthol cigarettes, banning menthol is discriminating against Black adults. Obviously, these people have no shame.

There’s a group in Colorado called the Colorado Black Health Collaborative, and they are working on the menthol issue with funding from the state health department to try to help the Black community prepare for this attack by the industry to confuse things on this issue of banning menthol.

Nicotine does occur naturally in the tobacco plant, but the nicotine in cigarettes and, of course in e-cigarettes, is not there naturally. It’s there because the tobacco industry first extracts all of it from the tobacco that it processes, and then it sprays it back into the tobacco at metered amounts.

In terms of what is a non-addictive level, we don’t know. There were, for a while, efforts with so-called light cigarettes that were lower in nicotine content. But smokers found a way around those. They would smoke more cigarettes. They’d smoke them farther down. I’d like to see how the FDA proposes to establish a non-addictive level.

What is the best way for someone to quit smoking?

Everybody’s a little different. The clinical guidelines call for recommendations of nicotine replacement products, like patches and gum and lozenges, as well as counseling of some kind. There are also prescription products that are effective. These aids can be helpful but are not necessary for everybody. It partly depends on how dependent you are.

I think that counseling or coaching is very helpful. Counseling is about trying to help people manage the withdrawal from nicotine. Counselors can give you moral support. They can be your cheering section. And they can help you address problems that come up. Of course, the Colorado Quitline provides coaching for free, as well as nicotine patches for some people for free.

What other advice do you have for smokers struggling to quit?

It might take more than one attempt to quit. If you quit and then start smoking again, remember how much better you felt during the period when you weren’t smoking, and then quit again – and again, if you need to, until you get there. Quitting is hard. Give yourself credit for the attempts, and remember to blame the nicotine addiction, not yourself. There is no doubt that quitting smoking is the best thing that people can do for their health.