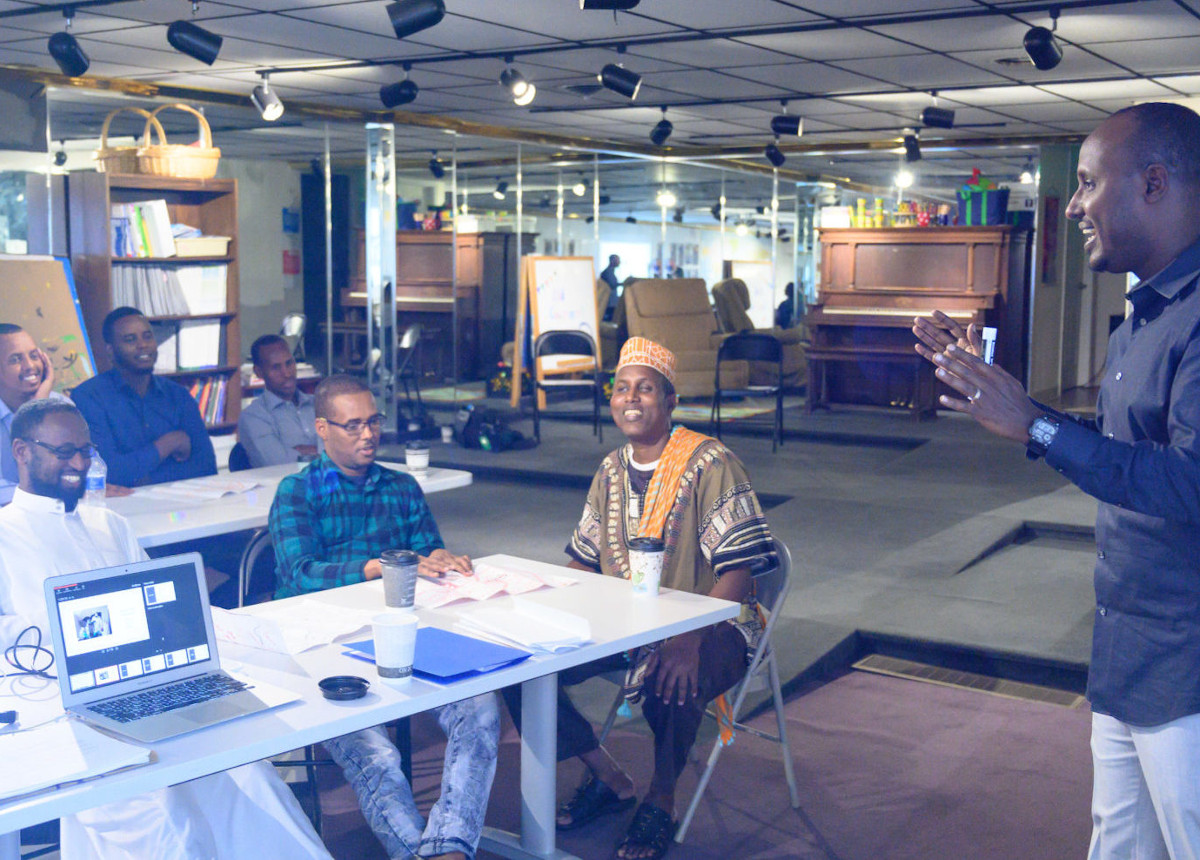 Colorado State University has developed a special partnership with the small eastern plains town of Fort Morgan in recent years, and the next step in that relationship is improving health awareness in immigrant communities there.

Two CSU faculty members received a two-year, $345,000 grant from the Colorado Health Foundation to deliver health education to Spanish- and Somali-speaking populations — via members of those communities.

Fort Morgan is one of the most diverse municipalities in the state, a place where a language other than English is spoken in nearly 39 percent of households. The majority of its population identifies as non-white, and a significant number of immigrants from Latin American and African countries have moved there in recent decades, in many cases to work at the local Cargill meat-processing plant.

Professor Eric Ishiwata of CSU’s Department of Ethnic Studies and his students have been active in Fort Morgan since 2013. They have supported music festivals and community forums; a workshop on translation/interpretation, bullying and interpersonal relations; professional development trainings on diversity for Morgan County public school teachers; and campus visits to CSU for Fort Morgan High School students. In 2017, three alumni from CSU’s College of Liberal Arts made a 360-degree, virtual-reality documentary about Ishiwata’s work there.

This time, Ishiwata has teamed up with Bruno Sobral, a professor in CSU’s Department of Microbiology, Immunology and Pathology, for a health education project that is leveraging Ishiwata’s strong relationships in the community. Five units are being offered in the health classes, which meet once a week for two and a half hours over six weeks. The topics are nutrition, environmental health, mental wellness/stress management, understanding insurance/health systems and financial literacy.

Ishiwata and Sobral emphasize that instead of bringing in outsiders to teach the health classes in English and having them translated, the classes will be conducted in Spanish and Somali, by community members who have been trained.

“They’ll be able to package the material in ways that are accessible and meaningful to the students,” Ishiwata said, explaining that students are likely to have enhanced trust and confidence in learning from a fellow community member, in their own language.

The classes accommodate 26 Spanish speakers and 16 Somali speakers, and those who participate are being asked to share what they’ve learned with their communities, whether that’s via social media or a social event planned around a meal.

Ishiwata and Sobral also say the approach is bottom-up instead of top-down; participants determine at the end of each unit which elements they’d like to incorporate and circulate through their community. They note that other cultures have different views of health care, and it’s important for these immigrant communities to feel empowered to keep what’s worked for them in the past.

For example, in some of these cultures, people don’t get physical exams annually; they only go to the doctor if they are seriously ill. As a result, Ishiwata said, utilization rates at health/medical clinics in Fort Morgan have been low among these populations. He said there may also be a lack of trust in the clinics, or a fear that their private information could be shared with their employer. Plus, there are many traditional home remedies passed down from generation to generation.

“There’s a lot you can do with lemon, ginger and salt, but if you have stomach cancer, you might need something more,” Ishiwata said. “So we want to lay out all of the options and let them decide how they want to define health. And some of that may not be what’s worked for white, mainstream America.”

“Some may say, ‘My body mass index is off?’” added Sobral. “’Grandma never measured my BMI.’”

Plus, these individuals have not all had the same educational opportunities as the average U.S. citizen.

“Many of them didn’t learn about health issues, and they want to,” Ishiwata said. “I hear from a lot of them that their education ended at third grade or fifth grade. We take a K-12 education for granted, but it’s not always the case.”

Sobral said that in some cultures, children are expected to start working at a young age to start making money to support their family, and health is not an individualistic concept, but is tied to relationships in the community.

“Being lonely can sometimes be as damaging as cigarettes or alcohol,” Sobral said. “So if you’re in a community, you’re already getting a boost. Giving people Zumba classes and measuring their BMI is not enough.”

The classes are being held at the local nonprofit OneMorgan County, and the grant provides a $168 stipend for each student, which covers the cost of one unit of credit at Morgan Community College.

“Maybe this opens the door to community college for those who may not be confident in their ability,” Ishiwata said. “It’s an easy test run for them to participate in.”

The two researchers will assess the program using qualitative and quantitative measures. If the model proves successful, it could be replicated in other communities around Colorado that rely heavily on immigrant labor, like Eagle County.

“This is an incredibly innovative approach to responding to health issues,” said Rose Green, program officer for the Colorado Health Foundation. “It allows the Spanish and Somali speakers of Fort Morgan to take ownership and work on these issues in a way that makes sense for their communities. I think the public health sector and other public entities are realizing that when you are dealing with multiple communities, you can’t just have one approach.”

Green, who introduced Ishiwata and Sobral to each other, added that it’s often difficult for community members to fully engage in discussions about health when they have to rely on a translator.

“So Eric and Bruno said, ‘We’re going to turn this thing on its head,’” she said. “This is a way for communities to create their own leaders around health, without relying on others to do so.”