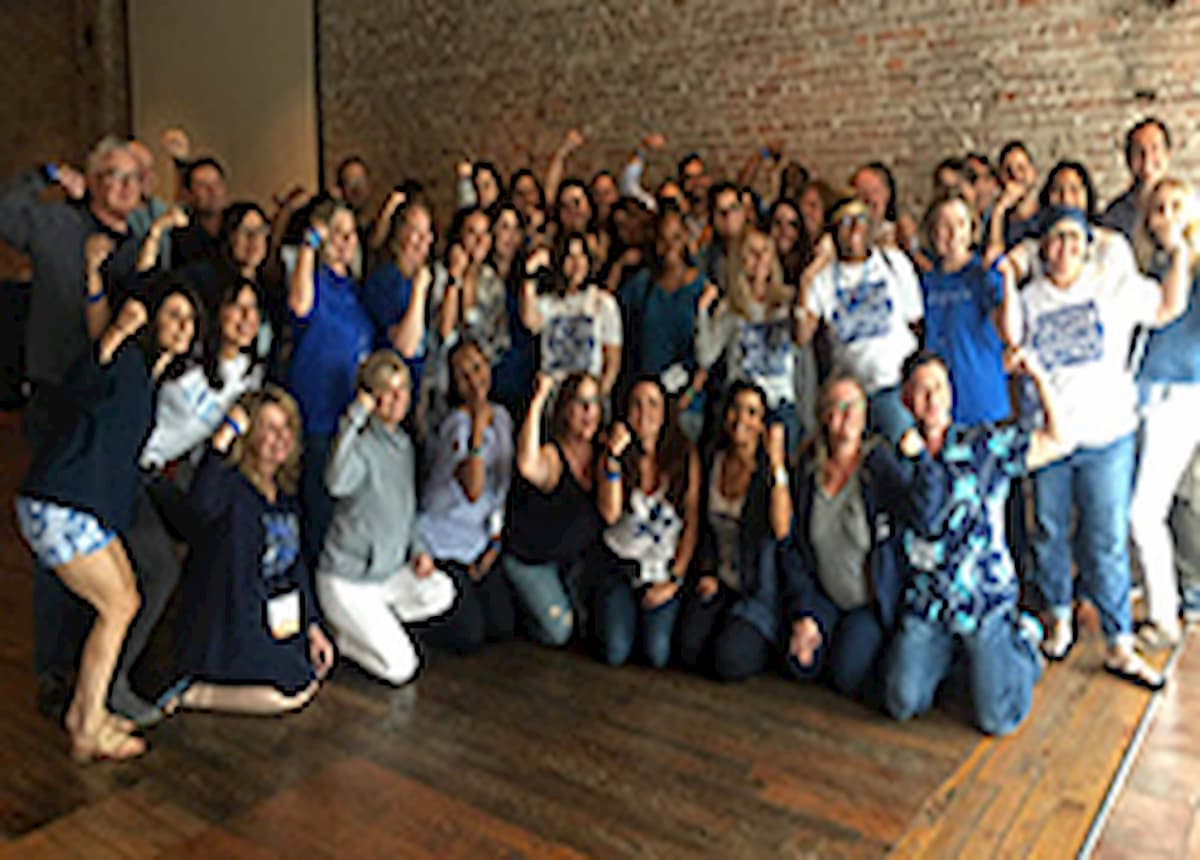 After graduation, Reese Garcia, MPH ’17, hadn’t quite found her dream job yet, so she decided to get some help from the ColoradoSPH career services center. On her way in on the fateful day, she ran into a former boss, Andi Dwyer of the University of Colorado Cancer Center. Dwyer says she had seen a quiet leadership in Garcia as a graduate student, one that was highly effective at engaging people. That leadership led her to suggest that Garcia apply for a recent job opening at Fight Colorectal Cancer, a national advocacy and research organization Dwyer works closely with in her role as director of the Colorado Cancer Screening Program.

Garcia applied and was offered the job within a few weeks. Two years later, she is the Research Advocacy Manager at Fight Colorectal Cancer overseeing the Research Advocacy Training and Support (RATS) program, which offers patients, survivors and caregivers the opportunity to be part of the search for a colorectal cancer cure. The program trains participants in the basic science of the disease, clinical and diagnostic research, prevention, care and survivorship. The goal is to provide a comprehensive understanding of colorectal cancer that the participants can then use to bring a patient’s perspective to research review panels for organizations like the Food and Drug Administration, National Cancer Institute and local Institutional Review Boards. She also oversees Fight Colorectal Cancer’s clinical trial finder, which allows patients to find clinical trials that they can participate in based on factors like their age, gender and tumor type. In addition, she’s active on Twitter, sharing Fight Colorectal Cancer’s mission, conference sessions and webinars.

Cancer research advocacy wasn’t necessarily where Garcia thought she would end up. As an undergraduate, she majored in sports medicine, but wasn’t sure she wanted to follow a clinical route. After stumbling upon an article about public health, she realized her interest in global population health and applied for the Community and Behavioral Health + Global Health program at ColoradoSPH. As a graduate student, she worked at the CU Cancer Center on a project looking at cancer screening rates among Medicaid patients of gastrointestinal providers and did her practicum and capstone in Ecuador, studying household risk factors for mosquito-borne diseases like dengue, Zika, and chickungunya. She’s particularly interested in preventable diseases; that’s one of the things that’s attracted her to Fight Colorectal Cancer.

“Colorectal cancer is really unique in how preventable it is, but so many things get missed,” she said. As an example, she explained that oftentimes doctors won’t screen patients for years after their first complaints, writing their symptoms off as hemorrhoids. This is especially true for people under the age of 50. Colorectal cancer is most frequently seen in older adults, and in that population, rates have decreased over the last few decades. In patients under 50, however, rates are actually increasing, and no one is entirely sure of why. That is one of the research questions Garcia has been actively involved in recently, along with why immunotherapy has been effective at treating some tumor types but not others.

Furthering the research programs at Fight Colorectal Cancer is Garcia’s main goal in her position. She’s interested in expanding the RATS program and making it a robust model for other disease types. “The idea of patient-centric research has just been coming to the table in the last 10 years, but it’s really starting to ramp up. Making it the standard, as opposed to the exception, is something I’d like to see,” she says.

That makes sense for someone whose work is a patient-centric as Garcia’s. As part of the trainings she facilitates, she meets many survivors and caregivers. She gets to hear their stories about how they were diagnosed, how they overcame the disease and how they’re still fighting. “It’s such a vulnerable thing to be a stage IV cancer survivor, so being able to see that part of their life is rewarding,” she said. “There’s something about public health that just makes you feel like you’re actually doing good.”