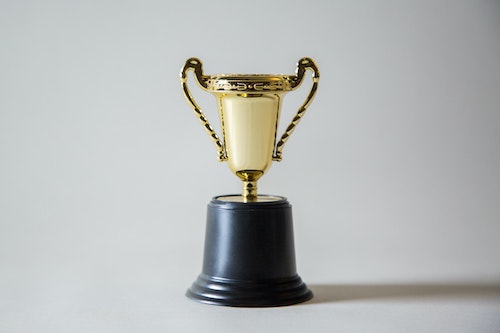 (AURORA, Colo.) - The Center for Health, Work & Environment (CHWE) based at the Colorado School of Public Health, is dedicated to promoting the health, safety, and well-being of workers. On October 6th, CHWE hosted its first annual recognition event to honor the commitment and achievements of some of its key partners.

Jim McMillen was awarded the Individual Lifetime Achievement Award. This award is given to one recipient per year who has demonstrated commitment and had a measurable impact on the field of occupational health and safety. Jim’s relationship with CHWE began in 2005 while he was working as Director of Safety Services at Pinnacol Assurance. His leadership in the field of occupational safety and health is respected throughout Colorado and the workers’ compensation industry.

Jim has served on CHWE advisory boards for over 14 years, including the NIOSH-funded Mountain & Plains Education and Research Center and the Center of Excellence for Total Worker Health®. Through Jim’s support, Pinnacol has conducted innovative research, launched new client services, and significantly supported CHWE’s education, training, and practice programs. Jim also remains a faithful mentor to students studying in the field.

Tri-County Health Department was awarded the Community Impact Award. The local public health agency was recognized for its exemplary commitment and leadership in addressing the health, safety, and well-being of workers in the region. Tri-County Health Department, which serves Adams, Arapahoe, and Douglas counties, has been working with CHWE to prevent chronic disease and improve overall worker well-being through workplace initiatives since 2010.

Tri-County has partnered with seven chambers of commerce to reach over 90 employers representing close to 100,000 working Coloradans. The department has become a leader in public health, connecting programs throughout their entire department to reach workers.

Oak Ridge Associated Universities (ORAU) was awarded the Partner of the Year Award. This accolade is given to an organization that has demonstrated an exemplary impact on the field of occupational health and safety in partnership with CHWE. ORAU has worked with CHWE since 2005 on the National Supplemental Screening Program (NSSP) which provides free medical screenings to former U.S. Department of Energy (DOE) site workers.

Former DOE employees who worked at national energy laboratories and nuclear weapons facilities are screened for occupational-related health conditions, such as chronic respiratory illnesses, hearing loss, kidney or liver disease, certain cancers, and other significant health problems. CHWE and ORAU have screened more than 20,000 former energy site workers since the program began. Tens of thousands of workers have sought follow-up care and received federal compensation as a result of this program.


About the Center for Health, Work & Environment
The Center for Health, Work and Environment is an academic center within the Colorado School of Public Health. The Mountain & Plains Education and Research Center (MAP ERC) makes up one of the largest program areas in worker health and safety training, research and continuing education within the Center. Main offices for the Center are located at the University of Colorado Anschutz Medical Campus in Aurora, Colorado. The Center team works with faculty, students and community partners on numerous projects in occupational and environmental health, safety and well-being.

Partner with the Center for Health, Work & Environment