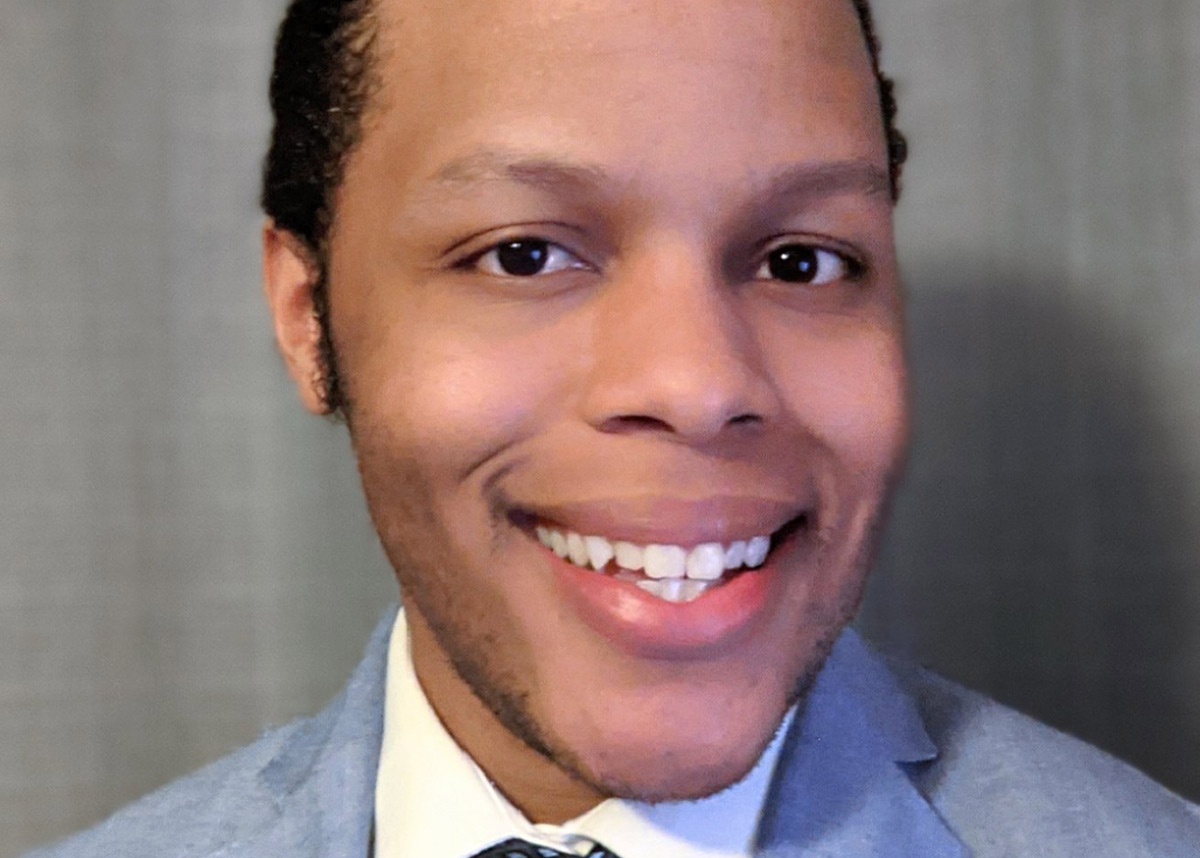 As an undergraduate student at Mississippi College, Steven Burton studied biological and medical science and saw his future as a physician assistant or a medical doctor. A stint in the pediatric emergency department at the University of Mississippi Medical Center changed that.

Watching the struggles of young patients, Burton said, “I realized I wanted to treat people before they got sick. I started to look into public health.”

The career course correction took him to Colorado, a faraway place he’d always wanted to visit but never had. Burton visited all three campuses of the Colorado School of Public Health, sat for interviews, and finally chose the school’s University of Northern Colorado (UNC) campus in Greeley. Still with an eye on helping people prevent illness, Burton enrolled in the Community Health Education program and earned his master in public health degree from ColoradoSPH at UNC in May 2021.

He took on much more than a heavy course load during his studies. In May, Burton also received the Outstanding Contribution by a Student Award from ColoradoSPH, representing the UNC campus.

The award serves to highlight Burton’s varied efforts to reach out to, communicate with, and educate people about public health issues. For example, from 2019 to 2020, he served as a student ambassador for the Association of Schools & Programs of Public Health (ASPPH), the membership and advocacy organization for academic public health institutions.

As one of 50 “This Is Public Health” ambassadors, Burton organized a “social media takeover” to promote awareness of public health on a national scale. He focused on improving understanding of issues that affect people in transgender and gender-diverse communities, using infographics, Instagram stories, and other social media resources.

“I created a platform that allowed people to ask questions,” Burton said. While the takeover generated some unfavorable responses, he wasn’t fazed.

“This was a chance to educate those who were negative,” he said. “We fear what we don’t understand. The more that people have a chance to sit down and talk about their opinions and views and where those might come from, the more they will change.”

After a stint as representative on ColoradoSPH’s Tri-Campus Student Council, Burton sought to extend his commitment to community outreach. He used his capstone/practicum project to build on an idea he had “to find out what services were or were not being provided around LGBTQ services on the Anschutz Medical Campus” and address the gaps he discovered. In the summer of 2020, he took his idea to the campus Office of Diversity, Equity, Inclusiveness and Community Engagement (ODEICE), led by Dr. Regina Richards, vice chancellor for the office.

From that meeting, Burton took a leading role in the launch of the LGBTQ+ Hub, a compendium of resources, gathered specifically for the LGBTQ+ community on the University of Colorado Anschutz Medical Campus. He serves as communications and resource coordinator for the LGBTQ+ Hub, which is managed by the ODEICE.

The LGBTQ+ Hub offers a comprehensive source of information for the community, including a website and newsletter, and updated announcements on volunteer opportunities, events, and training, Burton said. As a one-stop resource, it helps to pull together people from across the LGBTQ+ community and others interested in learning more.

“Resources had been isolated to individual departments,” Burton said. “I made sure that the LGBTQ+ Hub had students, staff, and faculty from every department contribute so we could make sure all voices were heard, from the ground up.” He said that he also solicited input from the community outside campus and envisions more of that in the months ahead.

The LBGTQ+ Hub initiative has drawn plenty of interest, Burton added, with around 200 people attending the official kickoff in October 2020. He said more than 200 people also attended a training session to improve baseline understanding of issues that affect the LGBTQ+ community.

With his degree in hand, Burton said he intends to focus on the issue that first led him to Colorado and into his profession.

“Prevention got me into public health,” he said. “I have a desire to reach out to rural and remote communities in various cities, states, and countries.”

At the same time, he added, he intends to dig further into promoting equity, diversity, and inclusion as a way of reducing the health disparities that continue to plague many communities.

“I want to continue to push forward the community health aspect,” Burton said. “I’m interested in communicating one-on-one, learning more, and teaching others.”