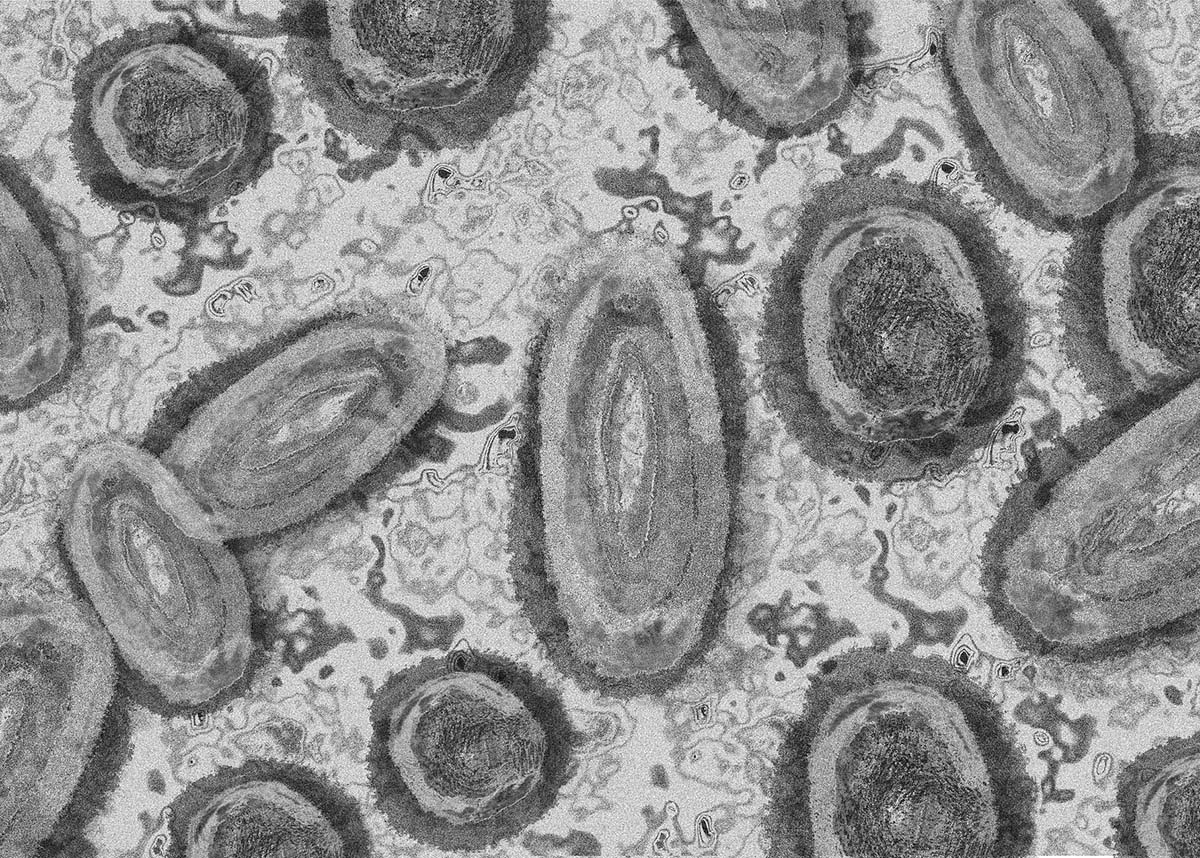 The unusual spread of monkeypox from West and Central Africa, where it has occurred sporadically, has health experts on alert. The U.S. Centers for Disease Control and Prevention last week issued a health advisory asking clinicians to be on the lookout for the virus’s characteristic rash and fever.

Since early May, more than 100 cases of monkeypox have been confirmed in 12 countries, including at least two cases in the United States. Monkeypox was first discovered in captive monkeys in 1958, with the first case in humans confirmed in 1970.

“What’s different about this outbreak is we’re seeing cases outside of Africa – in the UK, Spain and Portugal as well as Canada and the U.S., so these are outside the endemic range of monkeypox,” said Daniel Pastula, MD, MHS, associate professor of neurology and infectious diseases at the University of Colorado School of Medicine and epidemiology at the Colorado School of Public Health. “Additionally, there doesn’t seem to be clear travel links to endemic areas among many of these cases, which would suggest there is some level of community transmission.”

Here, Pastula explains how serious the disease is, how it spreads and why vigilance is necessary to keep the outbreak in check.

This interview has been edited and condensed.


What is monkeypox and how did it originate?


Monkeypox is a type of virus in the family of pox viruses. These are large-DNA viruses that exist in animals and humans that typically cause widespread skin rashes and lesions. The most famous historically is smallpox, a very serious and lethal pox virus that caused extensive skin lesions, organ failure and death. Fortunately, through combinations of public health measures – such as isolation, quarantine and vaccination – smallpox was eradicated from mass circulation worldwide by 1980. Monkeypox is a cousin of smallpox, a milder virus but still potentially serious. It got its name because it was first recorded in an outbreak of research monkeys in the 1950s. We think the main reservoir of monkeypox is most likely African rodents. In fact, in 2003, the U.S. had a monkeypox outbreak in the Midwest because an animal importer brought in a bunch of Gambian rats and housed them next to prairie dogs that were going to be sold to people as pets. Since then, African rodents are banned from being imported into the U.S., and prairie dogs are discouraged as pets.

How is monkeypox transmitted to humans?


Monkeypox is endemic to parts of Africa, and cases there have been linked to direct contact with a monkey or an African rodents, primates or other humans infected with monkeypox.

With this outbreak, we appear to be seeing some level of community transmission. Some of the initial clusters appear to be occurring among men who have sex with men, and it’s possible that some of these cases are spreading through social networks, possibly sexually. But this does not mean it is only spreading or limited to the LGBTQ population at all, and there is no reason to think it couldn’t spread in other populations as well.

Clinically, patients may have a fever, headache, swollen lymph nodes and then may develop a vesicular rash. The rash starts off flat, then gets little bumps filled with fluid, typically starting in the face and descending on the body. What we’re seeing with this outbreak is the rash may start around the face but also perhaps around the genital area.

So, the point of bringing this up, particularly among the LGBTQ community, is to be aware that if anyone develops a fever and/or new rashes, to please contact your healthcare provider. But everyone should be on the lookout for this – particularly anyone with a fever and a new rash.


On May 20, the CDC issued a Health Alert Network Health Advisory about monkeypox in the U.S. How many U.S. cases have been confirmed at this point?

With monkeypox, there is a long incubation period – up to three weeks – and it takes a while to confirm a case. I’m aware of two confirmed cases in the U.S. (as of May 23). However, there are several cases under investigation in the United States and several other countries. So, our concern is that there may be more cases that are going to be identified in the coming days and weeks.

The overall risk is fairly low, but I think this is something we need to pay attention to and keep an eye out for any new cases. Be on the alert, and if anyone begins to notice a fever and new rash, please contact your healthcare provider.

Can monkeypox be fatal and is there any treatment?

There are no proven disease-modifying treatments yet, but there are some experimental ones out there. Right now, it’s largely supportive care. Historically, based on the cases in Africa, depending on the viral clade, monkeypox can have a fatality rate of between 1% and 10%. Again, this is in a different setting than here in the U.S., so we don’t really know with this outbreak yet, though there have been no reported fatal cases to date. In the 2003 U.S. outbreak, there were no fatal cases.

There is a vaccine that works against monkeypox and smallpox, so if you’ve had close contact with a person who has monkeypox, before you have symptoms, a vaccine might be an option. It can help keep the symptoms milder than they would be otherwise. Again, please contact your healthcare provider or state or local health department with any questions around potential exposures and the vaccine.

Is the possible skin-to-skin transmission of monkeypox a relatively new development?

It has been seen before. Historically, monkeypox has been transmitted by an animal bite or scratch, through broken skin, or respiratory droplets that people inhale through close contact. Also, if the fluid in the rash bumps gets on broken skin or on mucous membranes, people can get infected.

What’s novel about this current outbreak is there appears to be a sexual transmission component – potentially. This is all developing and we need to learn more, but there is some suggestion that there might be a sexual component. Now, is that through skin-to-skin contact during sex or potentially through bodily fluids such as semen? We don’t know that yet.

Given where we’ve been with the COVID-19 pandemic and now monkeypox is possibly re-emerging, are we entering a period where we should be especially on guard of more strange outbreaks?

We sometimes see zoonotic diseases – those that start in animals – hopping over to humans because of carelessness. So let’s be smart, thoughtful and careful when we interact with the environment, animals and agriculture. Biodefense and biosecurity are important to keep us all safe.