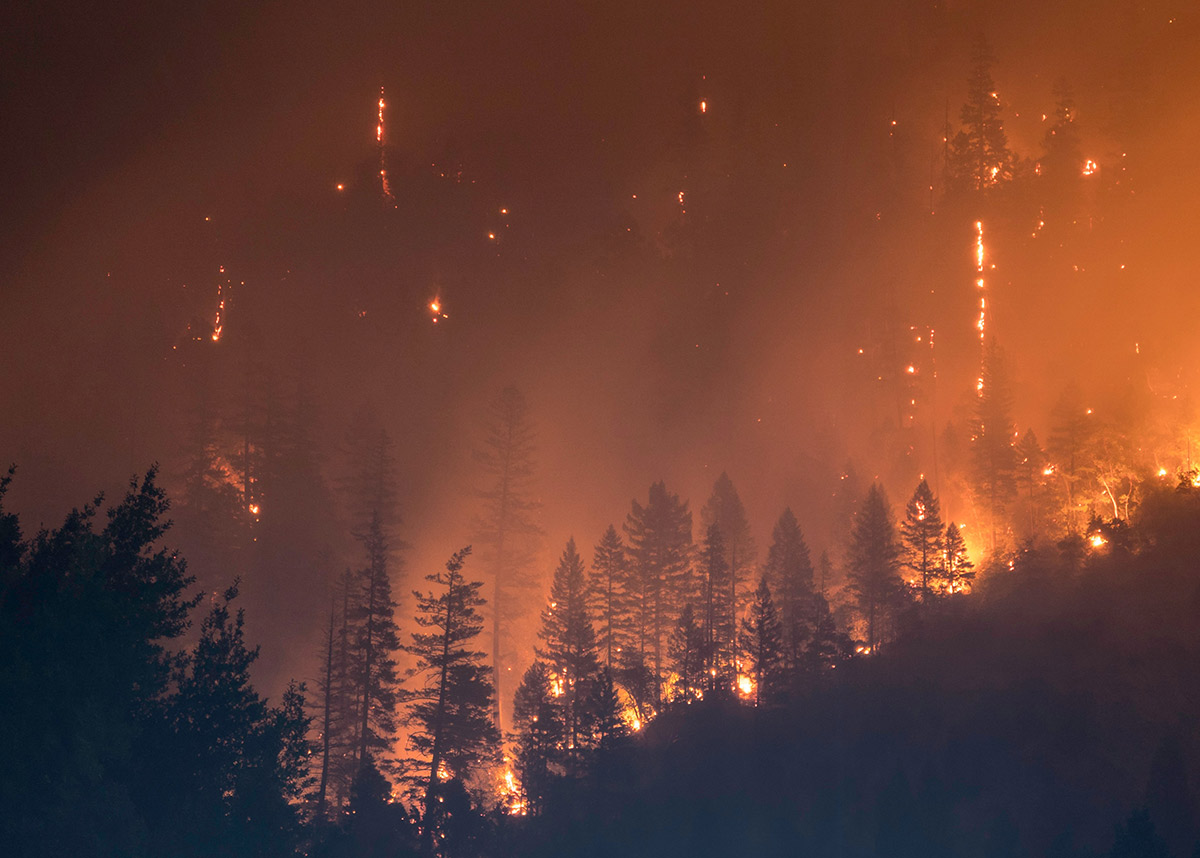 Labeled a “code red for humanity” in a United Nations report released early last month, climate change has continued to wreak havoc worldwide. In the United States, devastating fires in the West recently traded the spotlight for deadly flooding in the East, keeping the threat squarely on America’s radar.

Now an unprecedented editorial published this week in more than 200 medical and health journals around the world called rising global temperatures the “greatest threat” to public health.

The news comes as no surprise to Jay Lemery, MD, and Rosemary Rochford, PhD, co-directors of the University of Colorado School of Medicine’s Climate & Health Program. Their team members in the first-of-its-kind program have watched the data for years and witnessed the health effects in their medical offices and emergency rooms.

“It’s not surprising,” Lemery said. “Although I think everyone is probably impressed with how rapidly it’s progressed.”

Striving to become the home of climate medicine, CU experts in the innovative program train tomorrow’s providers on the health-related outcomes of the world’s changing ecosystems, said Lemery, a professor of emergency medicine and wilderness and environmental medicine. “We are doing intense formal fellowships now, and we are starting up a professional education program in 2022.”

Below, Lemery and Rochford, a professor in the Department of Immunology & Microbiology and an adjunct professor in Environmental & Occupational Health at the Colorado School of Public Health, explain some of the health effects that are concerning experts worldwide.

Haze-filled skies that erase mountain views and sting people’s lungs increasingly hang over Colorado, a “breath-taking” phenomenon (not in a good way). Experts warn smoky days may now be the norm, fueled by an extended fire season in the drought-stricken West.

“I don’t want to be outside,” Rochford said, comparing a painful tightness she often feels in her chest to what she felt as a child in California in the 1960s. Air pollution then was sometimes so bad, “you couldn’t see across the street,” she said.

The polluted air, potentially deadly for the sick and elderly, affects everyone, especially children and the state’s high number of performance athletes, Lemery said. For pregnant women and babies, the haze can reduce oxygenation and stunt fetal growth, Lemery said.

Smoky days can, and do, push people with heart and lung disorders over the edge and into emergency rooms, the experts said. “I would suggest for anybody who has heart or breathing issues, such as asthma or COPD, to stay inside (on high-alert days) and get an air filter in their house,” Rochford said.

Cold and frost in northern states like Colorado keep parasites at bay, reducing vector-borne diseases from fleas, ticks and mosquitoes.

As global warming pushes temperatures up, the cold-blooded ectotherms that carry everything from malaria and Lyme disease to West Nile and Zika thrive longer and can even become more infectious.

“It’s called intrinsic incubation potential,” Rochford said. “There’s more chance for that parasite to replicate in that mosquito,” she said. That means vectors like mosquitos – the world’s deadliest animal – that transmit disease while feeding on a host’s blood, can infect more people with illness-causing parasites.

With climate change, the vectors also are extending their range, bringing disease into once unaffected areas. “We know that’s true, for example, with Aedes, the mosquito that transmits the Dengue virus,” Rochford said. “We can now find evidence of them doing quite well in Florida and California,” she said of the species also known for carrying yellow fever, chikungunya and Zika viruses.

Lyme disease, a tick-borne illness that can be chronically debilitating when not treated early, has also begun to spread, moving farther west from its once largely-confined area of the East Coast.

When thermometers rise to oppressive temperatures, as they did during the record-breaking heat waves that struck the West and East coasts this summer, heat-related deaths spike, Lemery said.

Heat stroke, a threat particularly to outdoor workers and inner-city residents lacking air conditioning and green space, tops temperature-induced illnesses and can affect anyone, regardless of health status. The nearly 50% of Americans with chronic disease face a much higher risk.

“We know that in extreme high temperatures, every 1-degree increase in centigrade in temperature increases the death rate for people with preexisting medical problems, like diabetes, coronary artery disease and pulmonary disease, by 2 to 4 percent,” Lemery said.

When people exert themselves, even just walking across a parking lot in 100-degree temperatures, their pulse goes up 10 or 20 beats, he said. “And that’s enough to throw them into crisis.”

For various reasons, chronic diseases prevent normal temperature regulation, Rochford said, using vessel dilation, part of the regulation process, as an example. “If you have cardiovascular disease, you can’t sufficiently increase your blood flow from your heart for dilation,” she said.

“With kidney disease, you can’t maintain body volume and electrolyte balance. With lung disease when you have to cool down, you can’t sufficiently increase your breathing rate.”

Patients should know that medications can also affect body temperature regulation, such as antihistamines and some antipsychotic drugs, exacerbating the issue, Rochford said.

Evidence of extended allergy seasons from climate change has been documented, lengthening the misery for the upwards of 50 million U.S. allergy suffers. Worse: Studies have found plants are upping their pollen counts in response to the effects, intensifying the misery.

Allergens also can trigger asthma symptoms, a serious respiratory ailment affecting about 25 million Americans, more than 6 million of them children.

“Simply put, we are energizing our weather systems, because there’s more heat, and heat is energy,” Lemery said. Intense downpours can cause widespread flooding, as with the massive 2013 Colorado flood that spanned the Front Range, he said.

“When the flooding occurs,” Rochford said, “it overwhelms our sewage systems and our wells that are linked not that far from our septic systems.”

“It becomes a great mixing bowl,” Lemery said, allowing bacteria, such as E. coli, to seep into drinking water. Consuming it becomes dangerous, even in places with good public sewage infrastructure, which many countries lack, he said.

Power outages, like those that overwhelmed Texas this spring, compound the problem, Rochford said.

Water-borne illness is much more than a nuisance, Lemery said, noting that diarrhea kills more children under age 5 worldwide than any other cause.

The mental health impact on those directly affected by droughts, floods, wildfires and displacement are clear, Lemery said. But the effect of climate change on mental well-being goes well beyond the direct victims, he said.

“This is a scary thing. There is widespread dysphoria across all age groups, including children,” Lemery said. “It’s existential. It’s big. It’s hard to think that one person can do anything to change it.”

“That was just an explosion of dead trees,” she said of the fire that took one couple’s lives and devastated homes and wildlife. “Everything is so interlinked.”

The smoke and heat also keep people indoors and exercising less, another blow to mental – and physical – health, Lemery and Rochford said.

The mental health piece is one of the many challenges ahead for providers. “There is this overwhelming despair at the degradation of the world around us. There’s a real sadness about that. We have to rethink how we live,” Rochford said. “We had this world, and it’s been amazing. But if we keep going as we are, the consequences are so huge.”