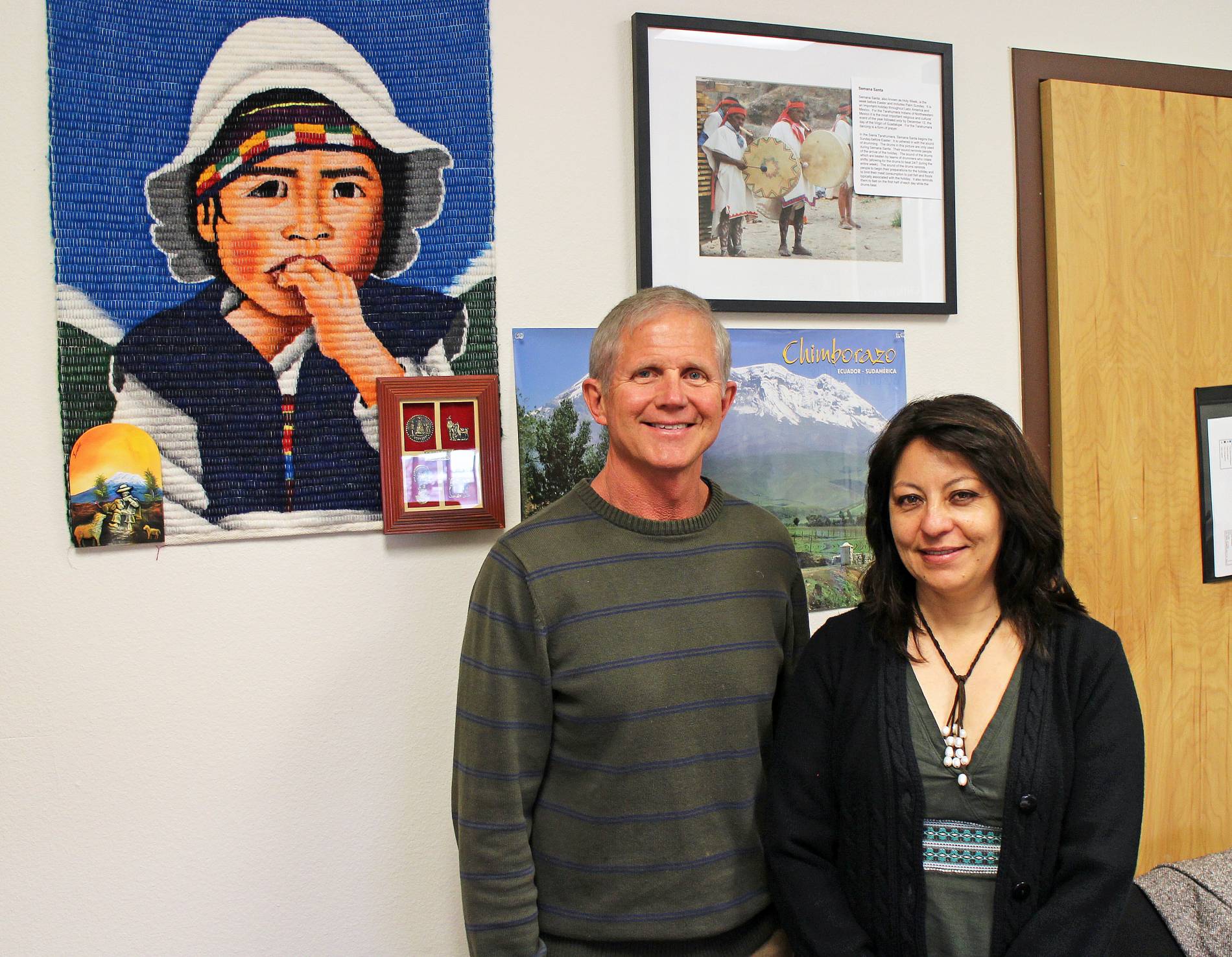 Melby, a ColoradoSPH at CSU faculty member in the Public Health Nutrition concentration, has studied cardiometabolic risk in Ecuador for more than four years. In 2015 he completed a Fullbright Fellowship there, studying the country’s nutrition transition from an ancestral diet of foods low in fat and high in whole grains to more processed foods and the associated cardiometabolic risk, which he also has studied in the United States.

His ongoing research in Ecuador has led to research partnerships and faculty and student exchanges between ColoradoSPH at CSU and several universities in Ecuador. In June, he presented an abstract of research he, his Ecuadorean colleagues, and ColoradoSPH at CSU student Jenni Averett conducted titled “Is the magnitude of agricultural biodiversity in rural family farm plots related to dietary diversity and household food insecurity in the Ecuadorian Andes?” at the American Society for Nutrition conference in Baltimore, Maryland.

Jenni Averett completed her MPH practicum experience and capstone project in Ecuador as the first student in this exchange program last summer, and Melby said a USFQ student should be coming to CSU this summer. Melby himself will be visiting Ecuador this month.

Averett, who studied dietary diversity in the Ecuadorean Andes by comparing rural- and urban-dwelling women for her capstone project, said Ecuador is a country in transition. “It’s facing a double burden of malnutrition: over- and under-nutrition,” she explained, adding that despite the presence of nutritional deficiencies, 63 percent of the adult population is overweight or obese.

Her research, conducted in partnership with USFQ students and with Melby’s mentorship, included cross-sectional surveys with more than 400 women in two urban and two rural parishes, asking the women to perform 24-hour dietary recalls. She found that rural women consumed less diverse diets, “placing them at higher risk of micronutrient deficiencies,” Averett said.

Melby’s research this summer will continue to focus on agricultural biodiversity and its relationship to nutritional status and nutritional diversity of diet. He will be focusing on women in the high-altitude Imbabura region, especially looking at female heads of household living on small family farms.

“We’re looking at the number of different crops they grow, what they do with the crops – do they sell, trade or use them – trying to find out where they get their food, what percentage comes from the garden,” Melby explained.

He will be working with colleagues in nutrition and agriculture from the Universidad Tecnica del Norte in Imbabura, where students have been trained to conduct these surveys. The implications for this research, he said, are “how can programs be implemented at local levels to enhance agricultural diversity, to enhance diet, to actually have an impact on the diversity of diet so we see a decrease in micronutrient deficiencies.”

He hopes that these growing relationships with universities, researchers, and students in Ecuador will include increased study and research opportunities for students in the ColoradoSPH at CSU.