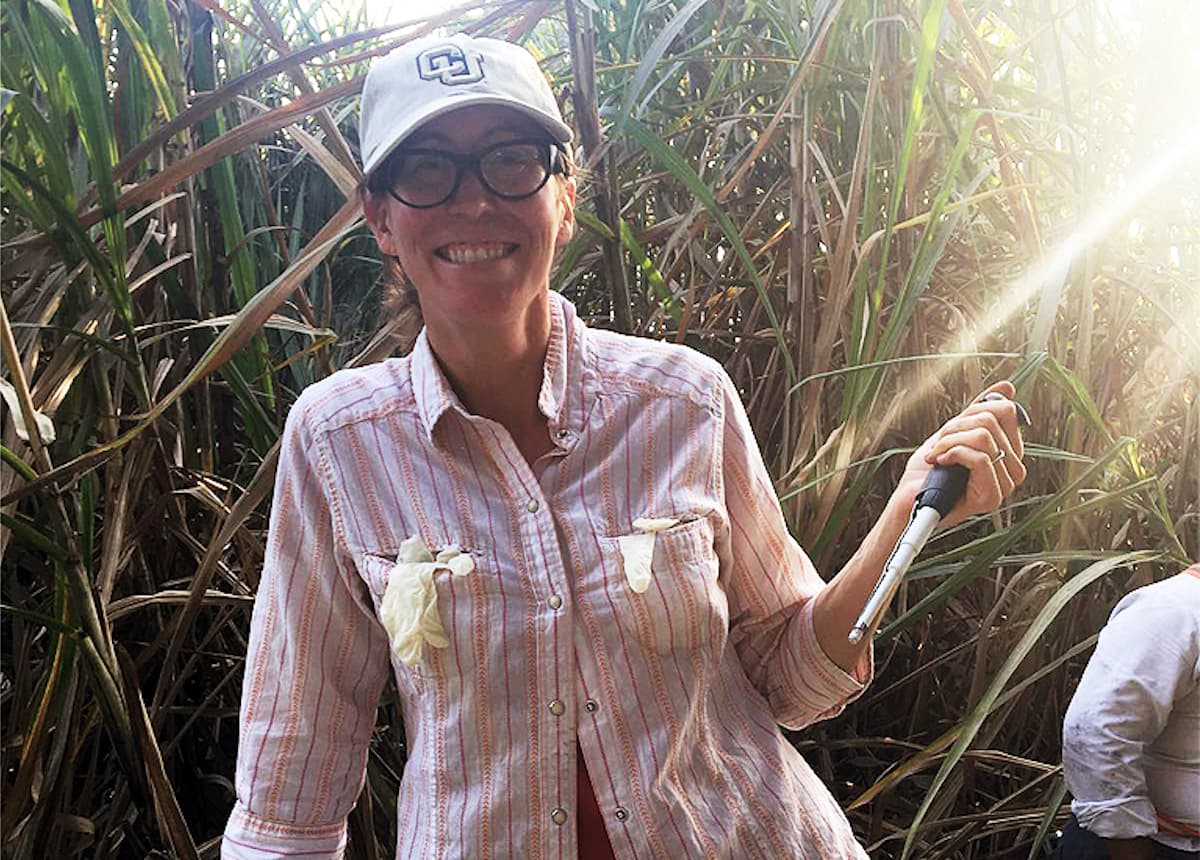 Jamie Butler-Dawson, a research instructor at the Center for Health, Work & Environment, grew up thinking she was going to be the next Dian Fossey. Environmental studies, not occupational health, was it as far as she was concerned. Instead of living in the jungle with gorillas, Jaime’s journey began with catching lizards with a fishing pole in the Idaho desert. She went on to pursue environmental studies, graduating with a wealth of options to contemplate. Jaime thought, “I don’t want to become a doctor, nor an expert lizard hunter, but I do have a strong interest in global environmental health.” She decided to obtain a Master’s in Global Health at Boston University where she began studying metal exposures in veterans through an internship with the Veterans Health Administration. The project was Jaime's first introduction to occupational health by way of her passion for environmental health.

While at Boston University, she spent a semester abroad studying Malaria in the Philippines. Two important aspects of Jaime’s life began here; her love for karaoke (her go-to song is “Killing Me Softly” by The Fugees); and her continued exposure to occupational health. She studied Malaria risks and exposures among farmers in a place where the majority of the population work in subsistence agriculture. According to Jaime, “People going to work in the fields impacted anything I did as a researcher, such as diagnostic testing, data gathering, providing educational messaging on prevention. Everything I tried to do revolved around their work and when they could be reached outside of it.”

After graduating with her Master’s, Jaime decided to join the U.S. Peace Corps and moved to Burkina Faso in Africa to work as a Health Extension Agent. During her time as a volunteer, Jaime focused on understanding the barriers keeping rural populations from accessing the local health clinic for early treatment, prenatal check-ups, and community health education talks. The answer was simple: work. “Even though these communities are exposed to environmental hazards, they still have to work every day,” said Jaime. “I recognized that there is a huge intersection between environmental and occupational health. You cannot understand the effects of people’s environment if you’re not also considering how work impacts their health.”

As this reality sunk in for Jaime, she used it as a key strategy for future public health projects. “Before coming to this understanding, I felt like I was spinning my wheels. I started determining what days to hold community talks based on the days workers had off,” she said. “I began adding an economic spin to my community health talks, tying environmental exposures and health risks back to people’s jobs and livelihood.” After two years of bucket showers in a mud hut, Jaime returned to the United States and began working for the Centers for Disease Control’s (CDC) Division of Global HIV/AIDS. Part of her work was implementing worker health programs to reduce needlestick injuries. After three years with the CDC, Jaime was looking to return to environmental health. She moved to Iowa and received her PhD in Occupational and Environmental Health from the University of Iowa conducting research on agriculture workers and their families.

Jaime started applying her new skills in the field by exploring environmental exposures in agricultural workers in the Gambia. She made sure that her research surveys included questions about people’s work to assess how environmental exposures were associated with the pesticides they were exposed to on the job.  Jamie’s journey illustrates how closely environmental health intertwines with both occupational health and community health. “In an agricultural community, parents are working in the fields and bringing pesticide residues home to their children,” said Jaime. “If you are working in a community, you need to be aware of the household occupations and consider how people bring their work home to that community—they’re connected.”

After completing her PhD, Jaime landed at the Colorado School of Public Health where she now works as a research instructor at the Center for Health, Work & Environment. Her experiences have come full circle at the Center where she runs field studies in agriculture studying chronic kidney disease of unknown origin (CKDu). “I had been thinking so much about public health practice,” said Jaime. “I wanted to make sure the research I would be conducting would be applied, which is what the Center prioritizes in all it does.”

Jaime helps lead the Center’s team in Guatemala, Nicaragua, and Mexico, using environmental health practices and a Total Worker Health® approach to develop and implement evidence-based, practical solutions to improve the health and well-being of the workers. "I tried to separate environmental and occupational health my whole life,” Jaime said, “but work is just too important.”  J

aime and the international team are embarking on a new journey with the Center, forming the Initiative for Climate-Resilient Workplaces, Workers, and their Communities (CReW). Be sure to stay tuned to Center newsletters and blog for more.