Behind the screenings with Joelle Wedel 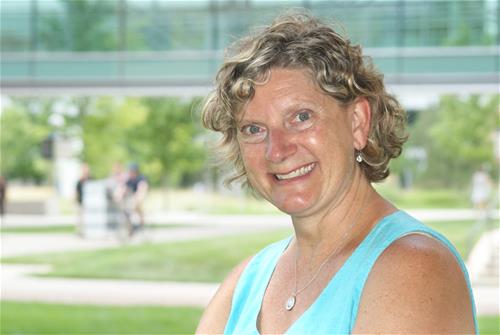 In 1987, Joelle Wedel began a summer internship at National Jewish Health while studying biology at Colorado College. It was here that Joelle met Dr. Lee Newman, working as a pulmonary physician, who would end up being her mentor far beyond just her college years.

Dr. Newman was studying the effects of beryllium, a lightweight metal used to manufacture aerospace technology and everyday goods, from golf clubs to bicycles. He began investigating cases of workers and their exposure to beryllium from Rocky Flats, a nuclear weapons production facility operating from [year to year] on the Front Range in Colorado. Exposure to this element’s dust, even a minuscule amount, is toxic. Beryllium can cause a range of serious health issues, including an incurable lung disease called chronic beryllium disease (CBD). Joelle worked alongside Lee to develop the first-ever blood test to determine individuals’ beryllium exposures.

Under Lee’s mentorship, Joelle decided to attend Rutgers University of Medicine in New Jersey to become a physician’s assistant (PA). After graduating, Joelle returned to Colorado and worked in family practice for ten years until the birth of her first son, Alden. 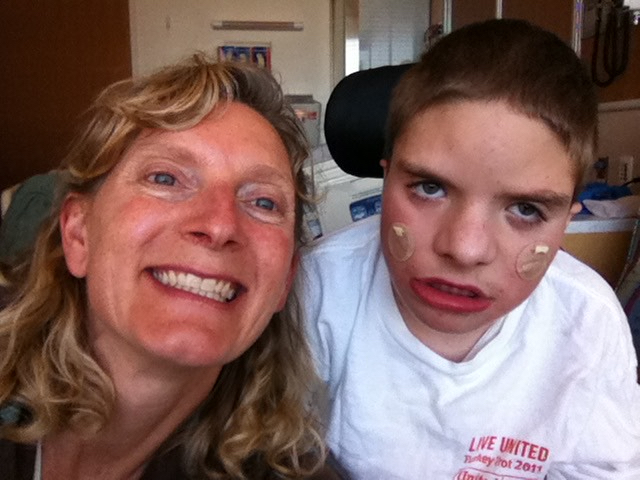 Alden was born with a rare genetic disorder that required frequent medical attention, making it extremely difficult for Joelle to maintain the schedule of working in clinics or hospitals. By this time, Dr. Newman had left National Jewish Health to help start the Colorado School of Public Health. He called on his longtime mentee to see if she would be willing to work with him again. “I was so happy to have a job that would allow me to help people and still take care of my family,” says Joelle.

Dr. Newman’s beryllium research had led to the development of a new screening process for former Department of Energy (DOE) employees. The National Supplemental Screening Program (NSSP), established in 2005, is led by Oak Ridge Associated Universities (ORAU) and partners offering free, customized medical screenings to former energy workers who may have been exposed to hazardous materials on the job. The program helps these individuals understand their exposure levels to beryllium, among other medical issues, and provide recommendations for follow up.

Former DOE employees, whether they were employed at the DOE for 10 days or 10 years, are eligible to visit a Comprehensive Health Services (CHS) clinic (with locations across the US) for screenings free of charge. During and after their time at the DOE, employees receive letters letting them know they are eligible for these screenings. This phase of program organization and outreach is handled by ORAU.

Using a data management system provided by Axion Health (a company founded by Dr. Newman), lab results for each screened former worker are anonymously sent to Joelle. Her blend of clinical excellence and outstanding bedside manner as PA uniquely equip her for this work. She interprets the results and writes letters with recommendations for further health follow-ups in language that can be understood by the workers.

Initially, NSSP was only screening for lung-related issues. “After the first couple years,” says Joelle, “we realized that we had all this data from people’s results and saw that there was a prevalence of high blood pressure and diabetes. We were concerned about what was happening with these health issues and whether individuals were even aware of them. That's where Total Worker Health® started to creep in. We are no longer just looking at work-related issues—these are Total Worker Health issues that can be modified and prevented.”

Issues like diabetes or high blood pressure do not directly have occupational implications. “But if you're not healthy,” says Joelle, “they’re not separate things. You can't say your chronic health conditions aren't work-related. They sure can relate to how well you do your job. The same thing with your blood pressure or with mental health issues.” NSSP embodies the principles of Total Worker Health, that the health and well-being of the whole person should be addressed to keep them safe and productive in their jobs and personal lives.

“We're capturing people who didn't know they had high blood pressure or diabetes. Now they can address these issues and be a healthier person and employee overall,” says Joelle. “We are doing good for the community and hopefully we'll be able to conduct more research and help workers even more with the data we’re collecting through the NSSP.”

About the National Supplemental Screening Program

Under the National Supplemental Screening Program (NSSP), the U.S. Department of Energy (DOE) offers free customized medical screenings to former energy workers who may have been exposed to hazardous substances on the job site. Oak Ridge Associated Universities (ORAU), along with its partners National Jewish Health, Comprehensive Health Services (CHS), Axion Health and the Center for Health, Work & Environment, manage this program.